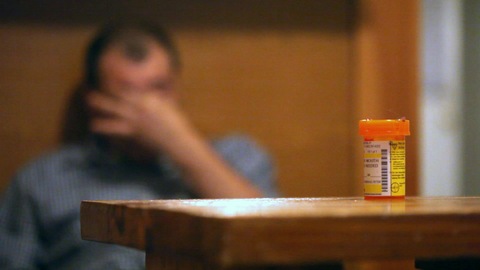 Prescriptions of four opiates have increased by 270 percent in the past 12 years, according to VA data obtained by The Center for Investigative Reporting. Video screen grab from Adithya Sambamurthy/CIR

This story originally ran as part of a new investigative radio pilot “Reveal” by The Center for Investigative Reporting and PRX.

Before dawn, a government van picked up paratrooper Jeffrey Waggoner for the five-hour drive to a Department of Veterans Affairs hospital in southern Oregon. His orders: detox from a brutal addiction to painkillers. 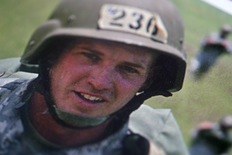 Army Spc. Jeffrey Waggoner was deployed to Afghanistan, where he was injured in a rocket-propelled grenade blast. Photo courtesy of Greg Waggoner

He had only the clothes on his back, his watch, an MP3 player and a two-page pain contract the Army made him sign, a promise to get clean.

But instead of keeping Waggoner away from his vice, medical records show the VA hospital in Roseburg kept him so doped up that he could barely stay awake. Then, inexplicably, the VA released him for the weekend with a cocktail of 19 prescription medications, including 12 tablets of highly addictive oxycodone.

Three hours later, Waggoner, 32, was dead of a drug overdose, slumped in a heap in front of his room at the Sleep Inn motel.

“As a parent, you’d want to know how this happened to your child,” said his father, Greg Waggoner. “You send your child to a hospital to get well, not to die.”

Jeffrey Waggoner’s end and easy access to the narcotics that killed him have become tragically common, The Center for Investigative Reporting has found.

Since the 9/11 terrorist attacks, the agency charged with helping veterans recover from war instead masks their pain with potent drugs, feeding addictions and contributing to a fatal overdose rate among VA patients that is nearly double the national average.

Prescriptions for four opiates — hydrocodone, oxycodone, methadone and morphine — have surged by 270 percent in the past 12 years, according to data CIR obtained through the Freedom of Information Act. CIR’s analysis for the first time exposes the full scope of that increase, which far outpaced the growth in VA patients and varied dramatically across the nation.

Read the rest of this report on the Center for Investigative Reporting’s website.

There, you will find a graphic detailing the hospitals that prescribed the most painkillers and an an interactive map where you can look at the status of opiate prescriptions in your backyard.

This story was part of the launch of Reveal, a new investigative radio pilot from The Center for Investigative Reporting and PRX. It’s airing on public radio stations nationally all this week.