Lines of vehicles are winding around fuel stations across Texas amid concern that Harvey’s floodwaters will spawn gasoline shortages in the days and weeks to come. 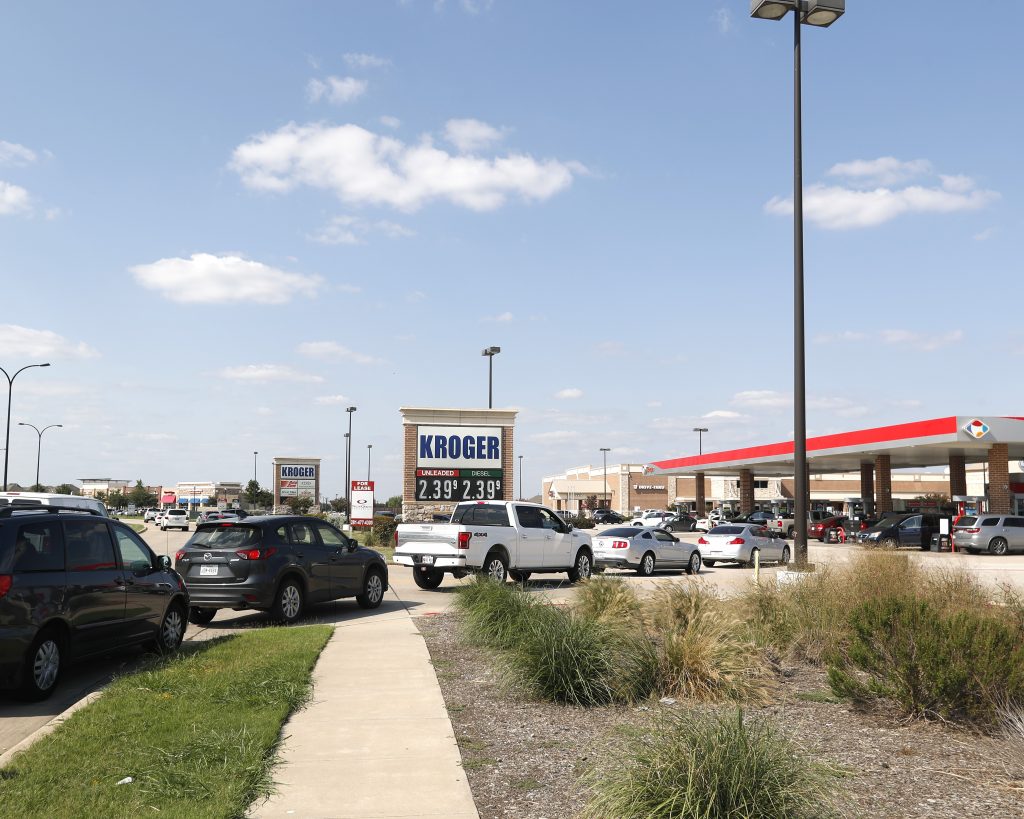 A Kroger’s gas station in North Richland Hills, Texas, had lines from four sides Aug. 31 during an expected gas shortage from Hurricane Harvey. Photo by Bob Booth/Fort Worth Star-Telegram/TNS via Getty Images

Hurricane Harvey disrupted refineries and pipeline routes after the storm made landfall Saturday. In the days since, many fuel stations flooded and some remain underwater, while stations that are dry may have run out of gasoline, ABC News reported. Where gas is still available, people are stocking up.

The U.S. Energy Information Administration said on Friday that Hurricane Harvey injected uncertainty into Labor Day gas prices, since the Gulf Coast region is home to roughly half of the nation’s petroleum refineries. 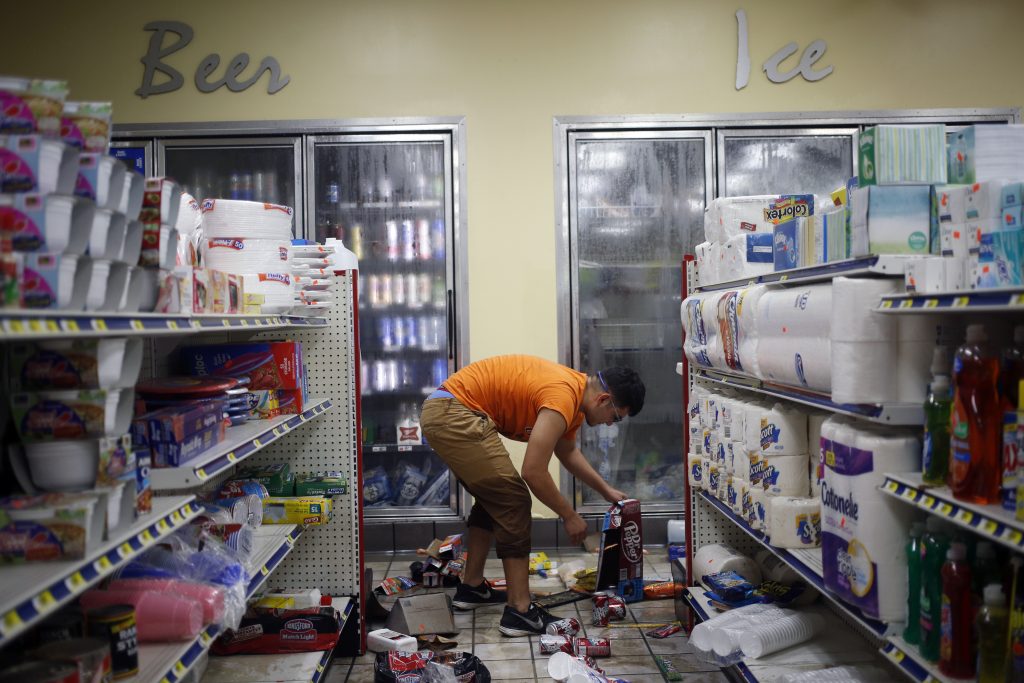 A man helps clean up products dislodged from shelves inside a gas station store Aug. 30 after being flooded by Hurricane Harvey in Houston, Texas. Unprecedented flooding from the Category 4 storm that slammed into the state’s coast last week is sending gasoline prices surging as oil refineries shut. Photo by Luke Sharrett/Bloomberg via Getty Images.

On Thursday, Energy Secretary and former Texas Gov. Rick Perry approved the release of 500,000 barrels of crude oil to prevent fuel shortages and a spike in gas prices, the Associated Press reported. 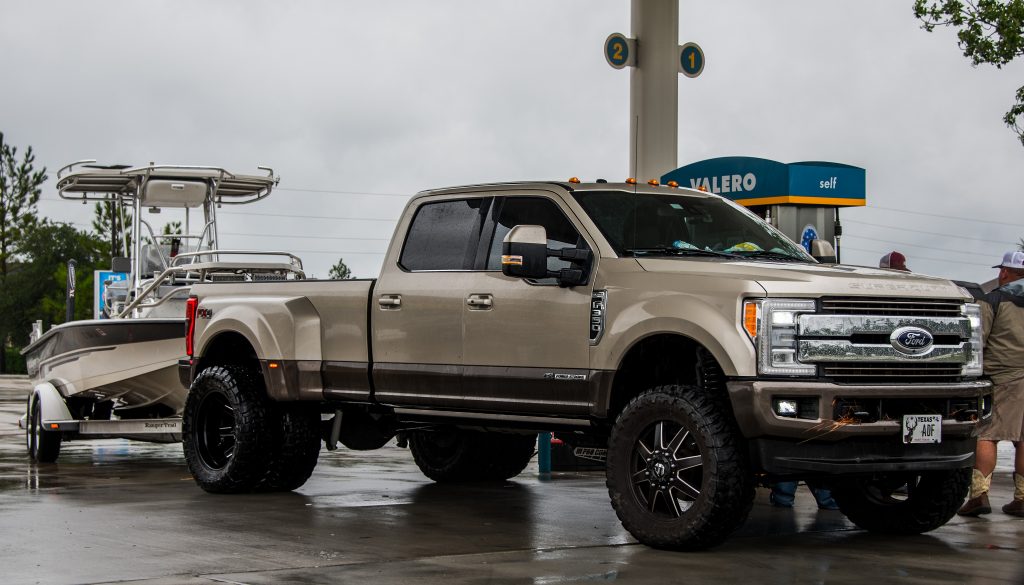 Along the Gulf Coast, 10 refineries in Texas and Louisiana remained closed due to Harvey, the Department of Energy reported, creating a bottleneck to process available stockpiles of crude oil. Many roadways remain impassable for fuel trucks to deliver gasoline to stations, especially in North Texas, CBS News reported. 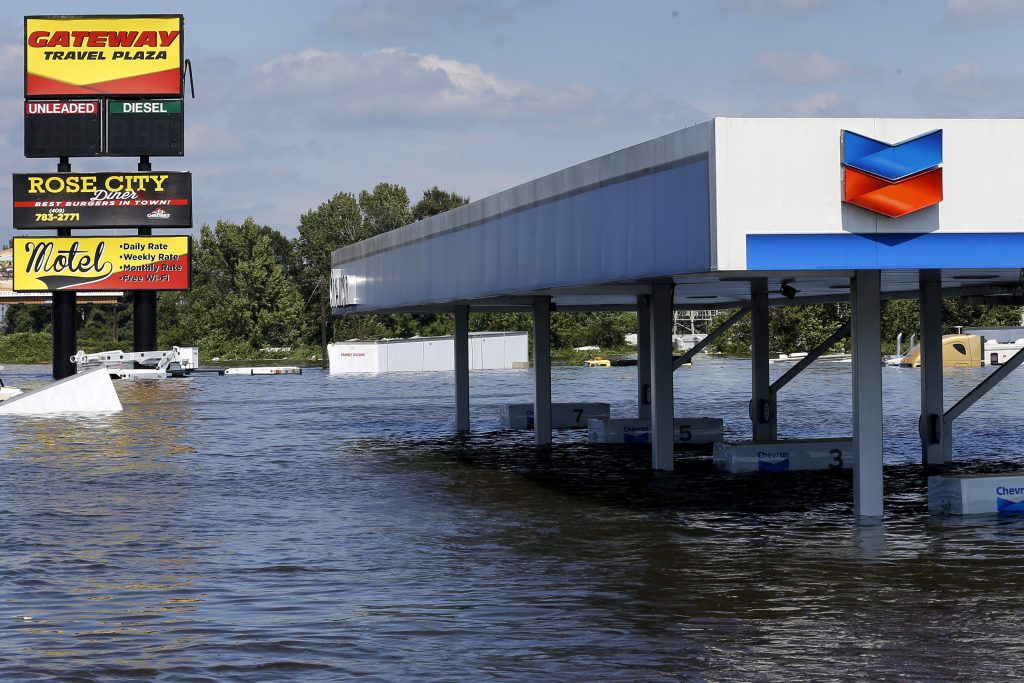 A gas station is submerged under flood waters Aug. 31 from Tropical Storm Harvey is seen in Rose City, Texas. Photo by REUTERS/Jonathan Bachman

Left: A line of cars surrounds the Shell station at Calmont Avenue and Bryant Irvin Road in Fort Worth, Texas, with a tanker from Dupre' Logistics, LLC in its driveway as the public becomes concerned about gasoline supplies due to Hurricane Harvey damage in Houston. Photo by Paul Moseley/Fort Worth Star-Telegram/TNS via Getty Images.