A mix of anger and acceptance in Colorado accompanied the jury’s verdict in the case of James Holmes, who shot and killed 12 people and wounded 70 others inside a movie theater in Aurora, Colorado, three years ago.

Because the jury could not come to a unanimous decision to impose the death penalty, Holmes will spend the rest of his life in prison without the possibility of parole. After the sentence was read, an anonymous juror told reporters outside the courthouse that the panel voted 9 to 3 for death, and Holmes’s mental health played into their decision.

As another chapter in one of the worst mass shootings in U.S. history comes to a close, here are more responses compiled from media reports from family members on the verdict. 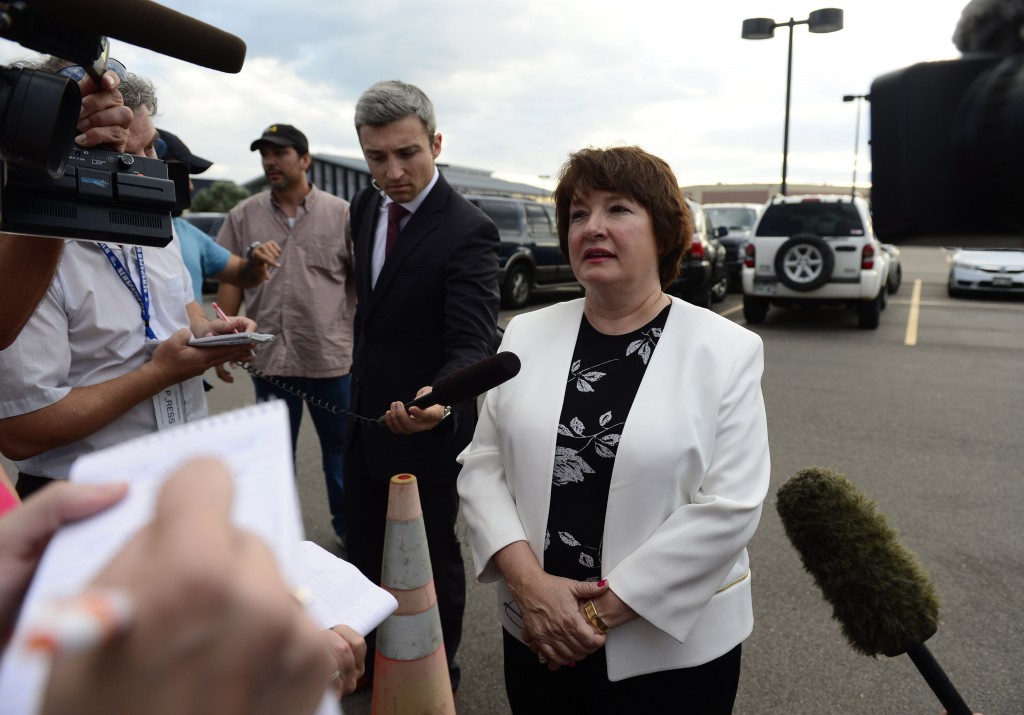 One juror, who only wanted to be identified as “juror 17”, talks with the media in the parking lot of the courthouse after the conclusion of the trial. Photo by Kathryn Scott Osler/The Denver Post via Getty Images

“There was one solidly held out, and the others, there was two who were not completely decided. But at the point where we knew that one was an absolute holdout we ended the deliberations because that person was solidly in favor of the life sentence. Mental illness played into the decision, more than anything else. The person was solidly and definitively in the position where they were going to do a life sentence and there was no persuading.”

“For me the autopsy photos were extremely difficult. I think most of us have never seen autopsy photos before. So for me personally that was the most difficult. I’m not the crying type normally but I… it pained me inside and uh, I, uh, found that to be very, very difficult.” 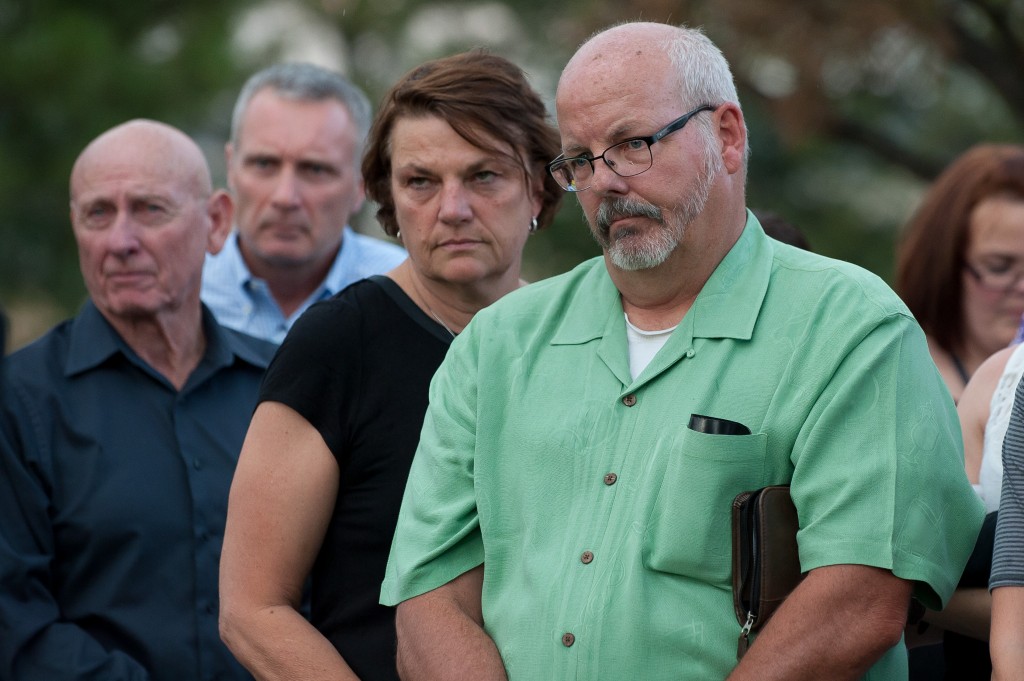 Tom Sullivan looks on during a press conference at Arapahoe County Justice Center after the announcement of the sentence of James Holmes. Photo by Dustin Bradford/Getty Images

“I’ll never be able to say thank you enough to all the first responders and others who saved the lives of Alex’s friends and co-workers in the early hours of July 20, 2012. Nor can I express how thankful I am for how they treated Alex with such respect until he was returned to us.” 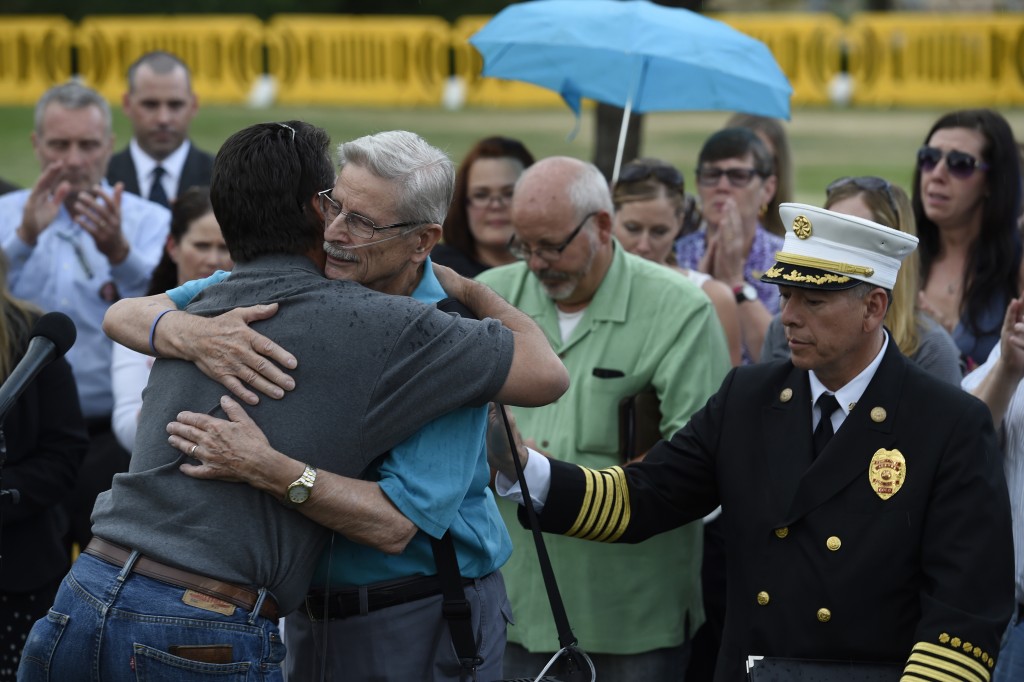 Dave Hoover, left, hugs Bill Hoover, Boik’s grandfather, after speaking with members of the press about their reactions to the verdict of life in prison for Aurora Theater shooter James Holmes. Photo By Helen H. Richardson/ The Denver Post

“Something my mother she said everyday before we put A.J. in the ground was ‘There it is Dave. Sun comes up everyday.’ Well, tomorrow the sun is going to come up. We’re going to have a little more pain, a little more hurt in our lives, but the sun will come up, and there will still be love in our lives.” 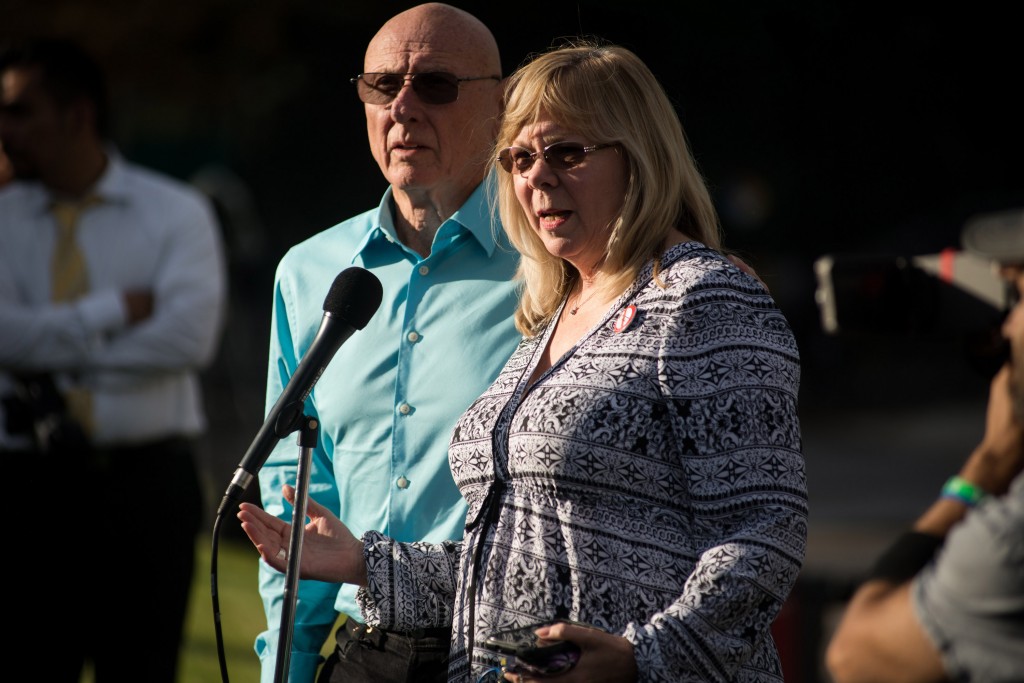 Lonnie and Sandy Phillips, the parents of shooting victim Jessica Ghawi, speak after a verdict was delivered in the trial of James Holmes at the Arapahoe County Justice Center on July 16, 2015 in Centennial, Colorado. Photo by Theo Stroomer/Getty Images

“We have said from the beginning that we didn’t care what the verdict was at the end, whether he got life or death, and that still remains true. But I’m really glad we went through this process. Our lives are forever altered and the thought that this monster gets to have visitation with his parents and gets to receive mail and pictures of his very strange girlfriends is very hard to accept, but that is what it is.” 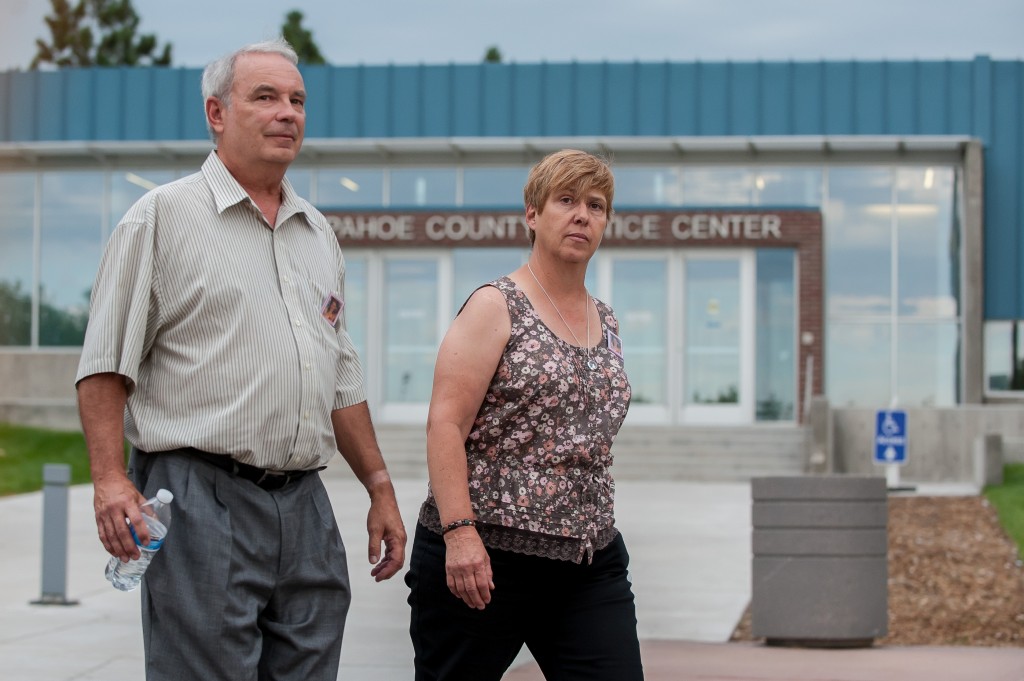 Robert and Sue Sullivan walk out of the Arapahoe County Justice Center after the announcement of the sentence in the James Holmes Aurora theater shooting case in Centennial, Colorado. Photo by Dustin Bradford/Getty Images

“You know, I read the jury questionnaires and they go into great depth and detail about the possibility of death and how they could handle that and when you look at every stage of the verdicts, it doesn’t support backing out at this stage, at the very final verdict. Doesn’t make sense and I don’t believe it. We still have to abide by it and accept it and there’s those of us that believe, you know, he may be killed in prison which would probably happen sooner than if he were sentenced to death. However we just have to deal and accept it.”

“Unfortunately, at least one juror who did not vote for the death penalty, is going to give Colorado a very ugly face. When you look at, you know, what’s happened, in light of this, that is not justice. He is living, he is breathing and our loved ones are gone, for over three years now, and the gaping void and gaping wound that we have with the loss of our granddaughter has been replaced with the new abscess of him living.” 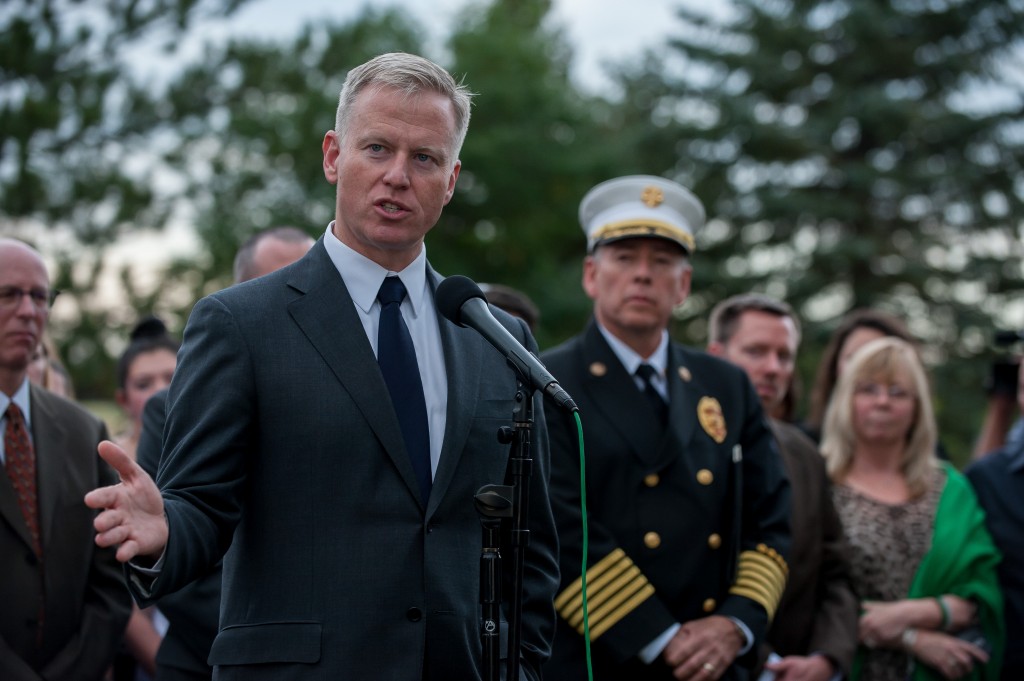 District Attorney George Brauchler speaks during a press conference following the announcement of the sentence in the James Holmes Aurora theater shooting case at the Arapahoe County Justice Center on August 7, 2015 in Centennial, Colorado. Photo by Dustin Bradford/Getty Images

“And you’ve seen all of those people (surviving victims) in that courtroom and you got to hear their story about how that guy (killer James Holmes) tried to take their lives back on July 20th, 2012. Nothing about the jury’s sentence changes what happened to them or how impacts their families. I don’t want to you to leave here thinking that this today is about something other then them because it isn’t.”