RICHMOND, Va. — Virginia Gov. Ralph Northam acknowledged Friday that he appears in a photo on his 1984 medical school yearbook page that shows a person in blackface and another wearing a Ku Klux Klan robe.

The revelation of the photograph prompted state Republicans and two Democratic presidential candidates to call for his resignation. Northam quickly apologized.

The Democratic governor confirmed in a statement that he was in the photo wearing a costume “that is clearly racist and offensive.” Northam did not say which costume he was wearing. 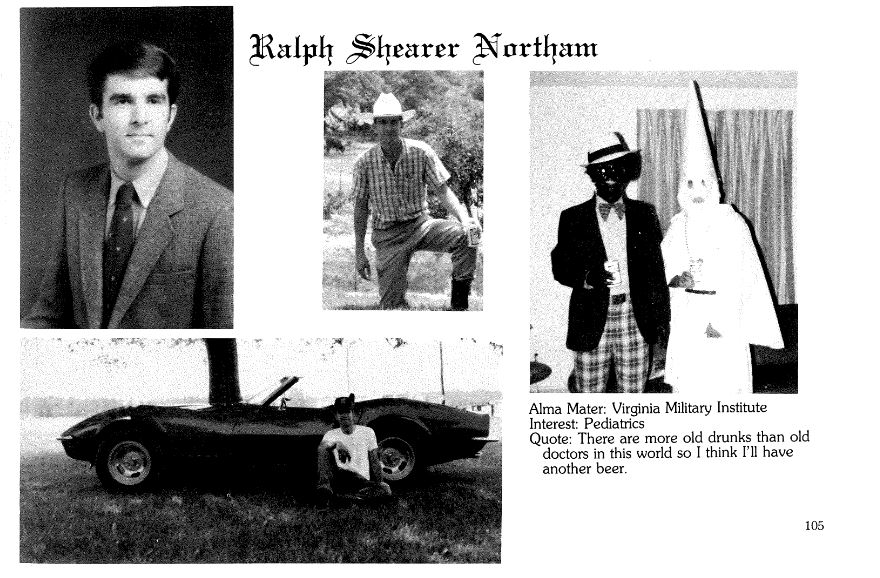 “This behavior is not in keeping with who I am today and the values I have fought for throughout my career in the military, in medicine, and in public service. But I want to be clear, I understand how this decision shakes Virginians’ faith in that commitment,” he said.

The governor did not say he would resign, despite widespread calls that he do so. Those included calls from Democratic presidential hopefuls Julian Castro and Kamala Harris, as well as the NAACP.

Whether the governor remains in office is in doubt and largely hinges on whether he can maintain support among the state’s black pastors, officials and state lawmakers, many of whom have long personal relationships with Northam since he first ran for state Senate in 2007.

“What has been revealed is disgusting, reprehensive and offensive,” the statement said.

Sen. Louise Lucas of Portsmouth, a close ally of Northam and longtime African-American lawmaker, described a hastily called conference call with black leaders around the state as “intense,” her voice breaking, but did not elaborate.

Northam spent years actively courting the black community in the lead up to his 2017 gubernatorial run, building relationships that helped him win both the primary and the general election. He’s a member of a predominantly black church on Virginia’s Eastern Shore, where he grew up.

“It’s a matter of relationships and trust. That’s not something that you build overnight,” Northam told The Associated Press during a 2017 campaign stop while describing his relationship with the black community.

The Virginian-Pilot obtained a copy of the photo Friday from Eastern Virginia Medical School library, which Northam attended. The photo shows two people looking at the camera — one in blackface wearing a hat, bow tie and plaid pants; the other in white Klan robes.

The yearbook images were first published by the conservative news outlet Big League Politics. An Associated Press reporter saw the yearbook page and confirmed its authenticity at the medical school.

Northam, a folksy pediatric neurologist who is personal friends with many GOP lawmakers, has recently come under fire from Republicans who have accused him of backing infanticide after he said he supported a bill loosening restrictions on late-term abortions.

Last week, Florida’s secretary of state resigned after photos from a 2005 Halloween party showed him in blackface while dressed as a Hurricane Katrina victim.