It seemed nearly all of Washington, D.C., and its many visitors waited with bated breath for Pope Francis’ first visit to America. Hundreds of thousands of spectators are expected to flock to the District, New York City and Philadelphia for the pope’s U.S. trip — what Homeland Security deemed a National Special Security event.

An estimated 75,000 people lined Wednesday’s parade route through the capital, 25,000 sat outside of the National Basilica for the pope’s canonization of Junipero Serra and nearly 300 U.S. bishops gathered for a midday prayer at St. Matthews Cathedral. Crowds gathered today at the Capitol where Pope Francis addressed Congress, and again around St. Patrick’s Catholic Church and Catholic Charities in Chinatown where Pope Francis fed the homeless.

Here’s a snapshot of some of those who tried to catch a glimpse of El Papa Francisco. 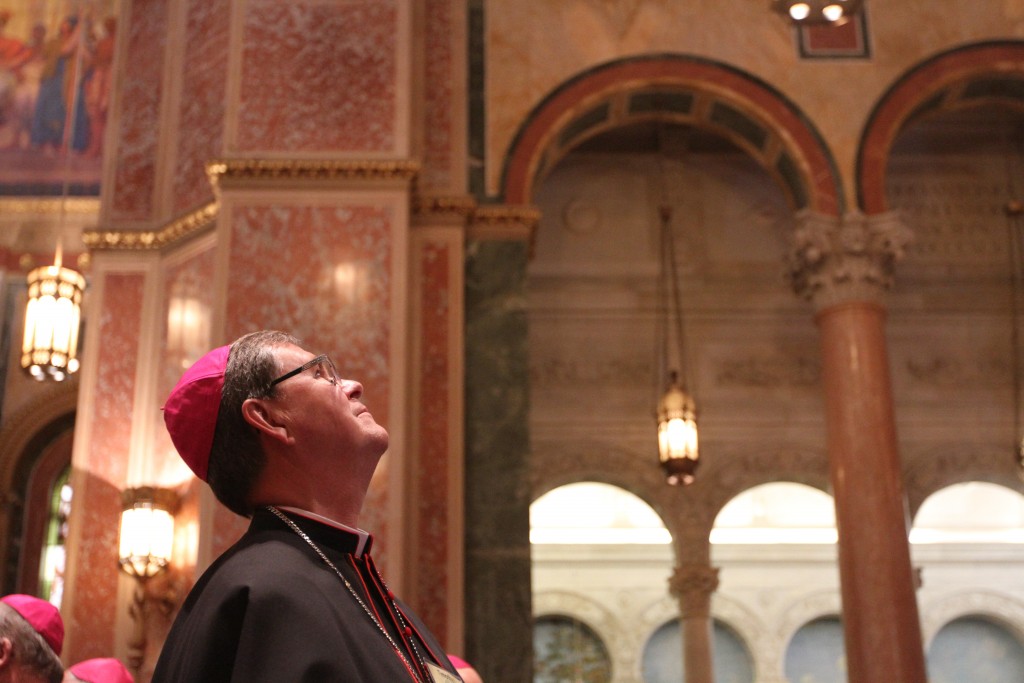 Pope Francis held a midday prayer service on Wednesday at the Cathederal of St. Matthew the Apostle in Washington, D.C.’s Dupont neighborhood. The majority of the crowd was made up of U.S. bishops. Photo by Colleen Shalby. 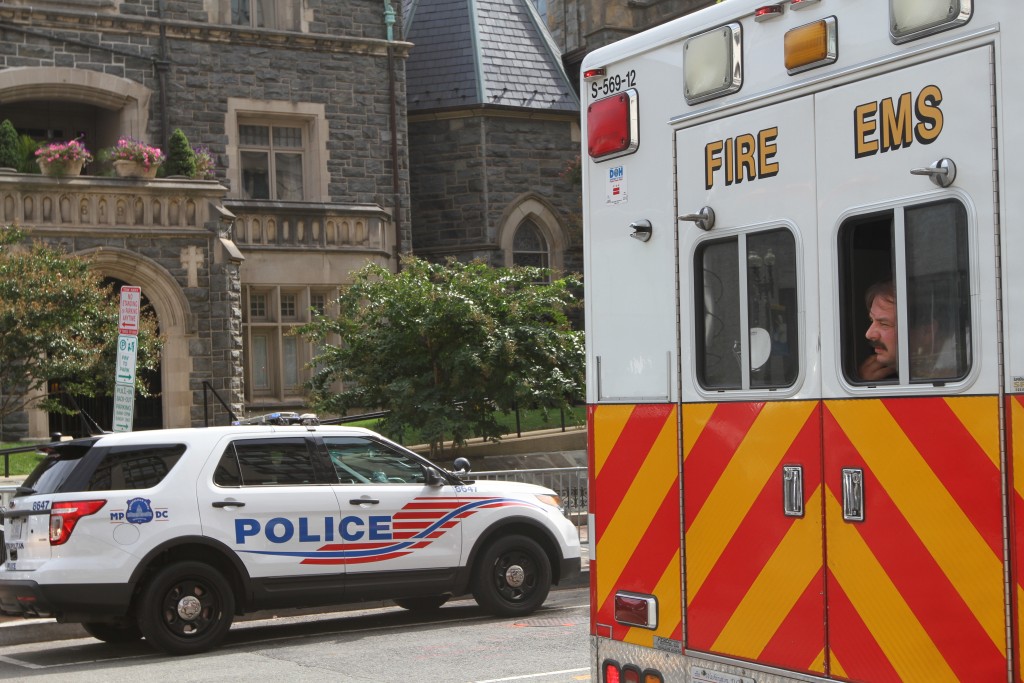 Outside of St. Patrick’s Church, police, Secret Service, EMTs and others were never too far from Pope Francis. Photo by Colleen Shalby. 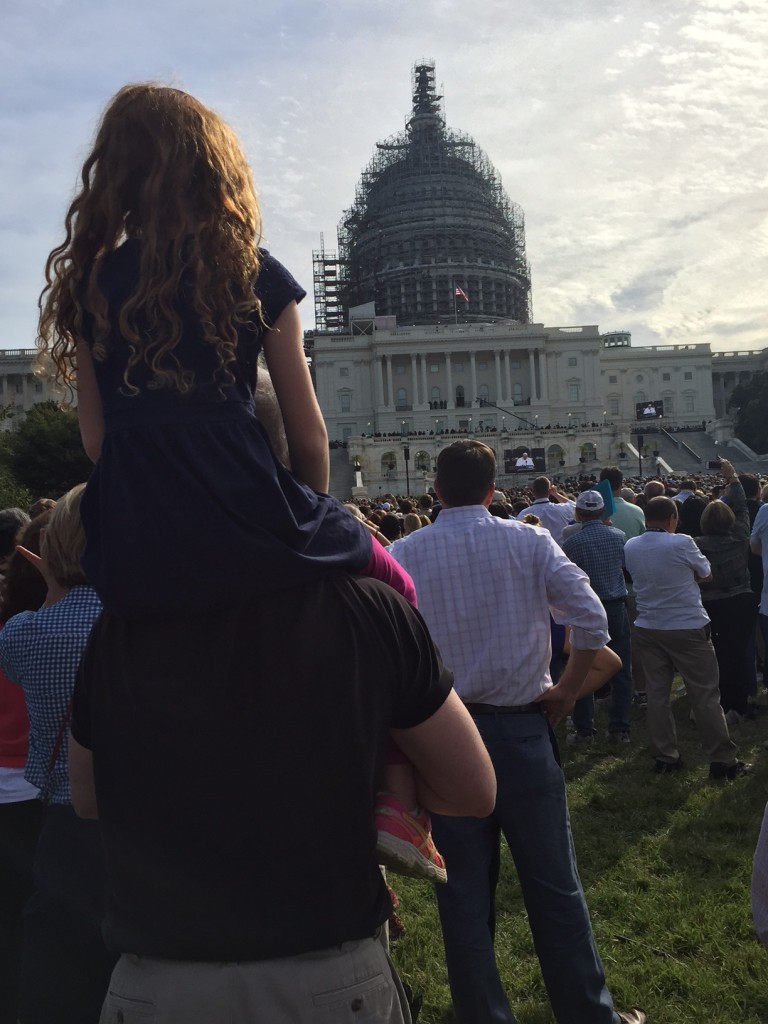 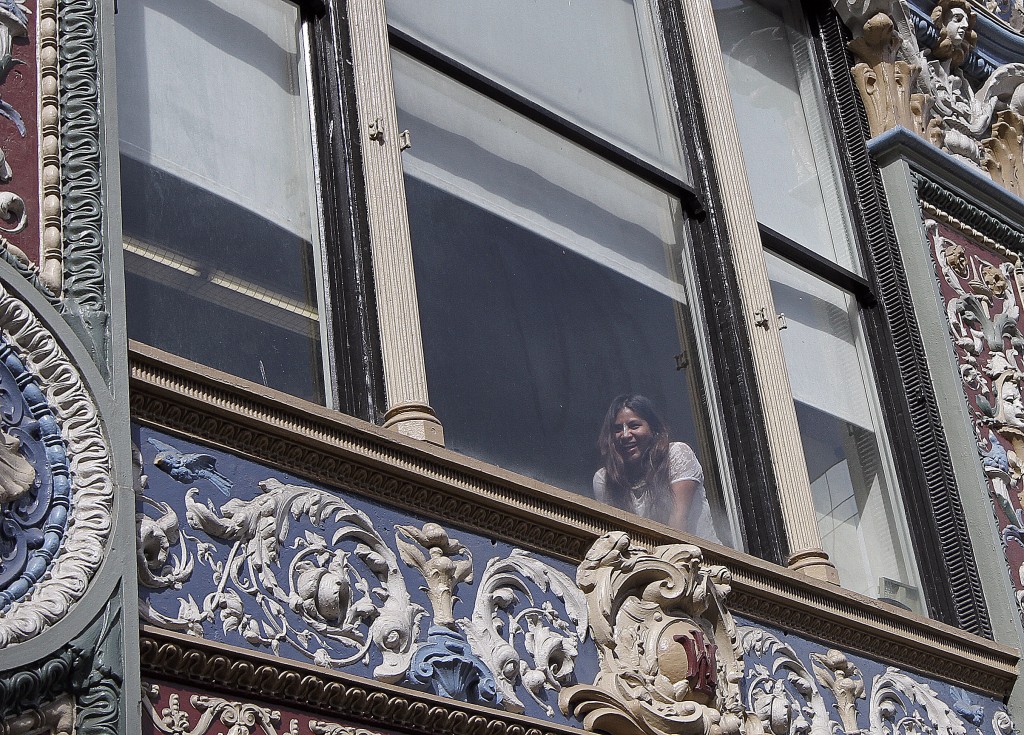 Across the street from St. Patrick’s is an H&M, a Madame Tussauds and a Forever 21, where this woman is seen watching for the pope. Photo by Colleen Shalby 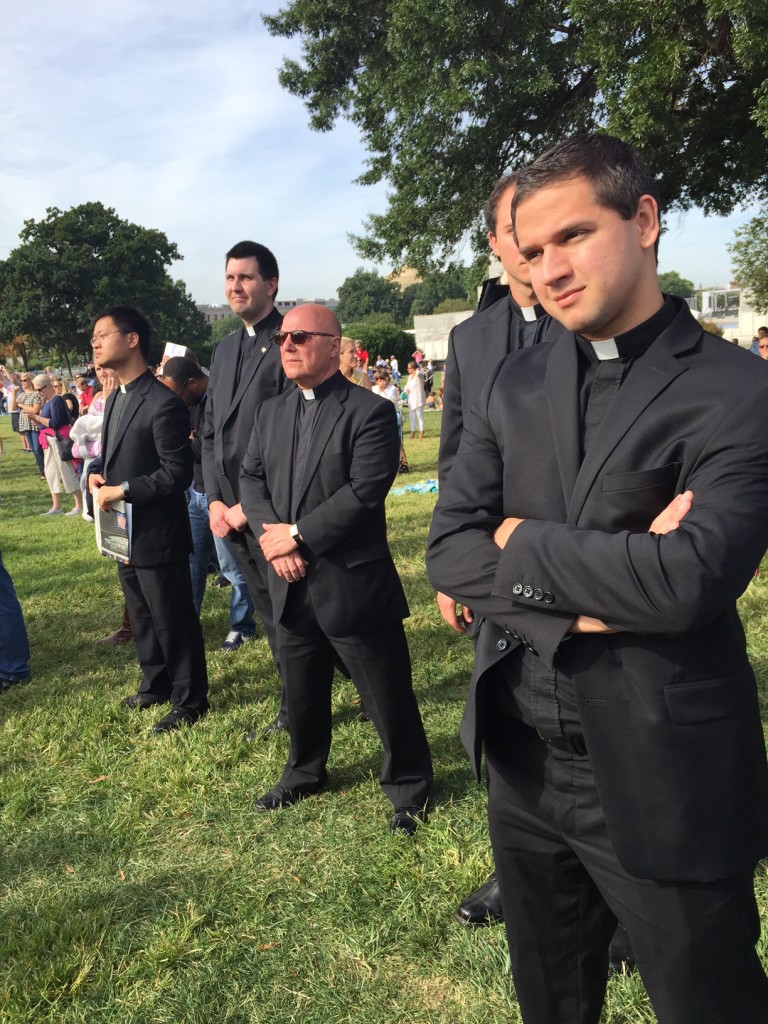 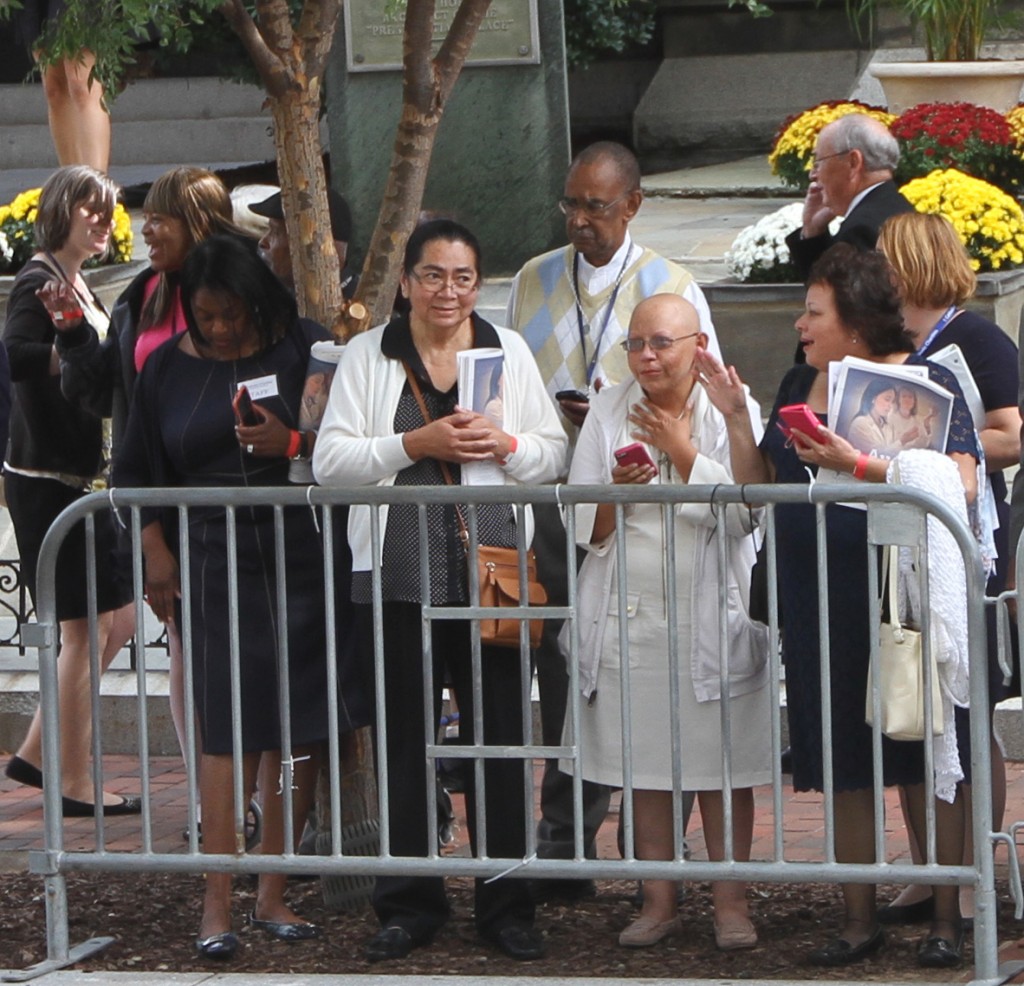 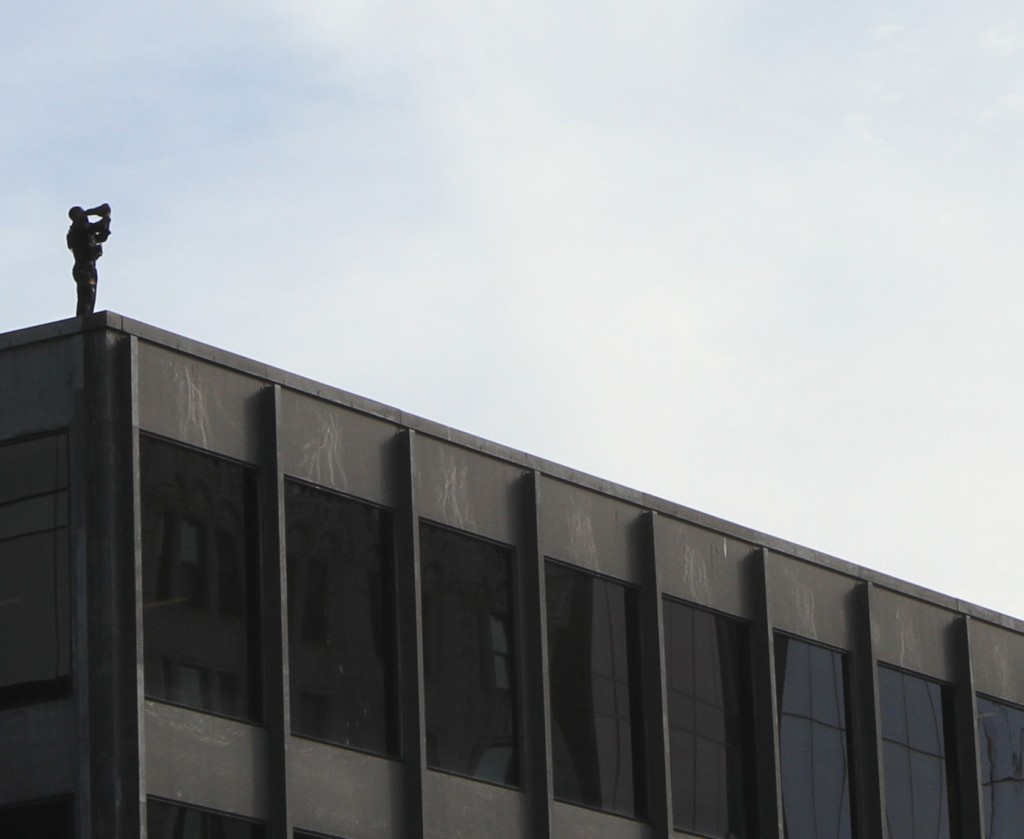 A Secret Service agent assessed the D.C. Chinatown area from a rooftop near St. Patrick’s. Photo by Colleen Shalby 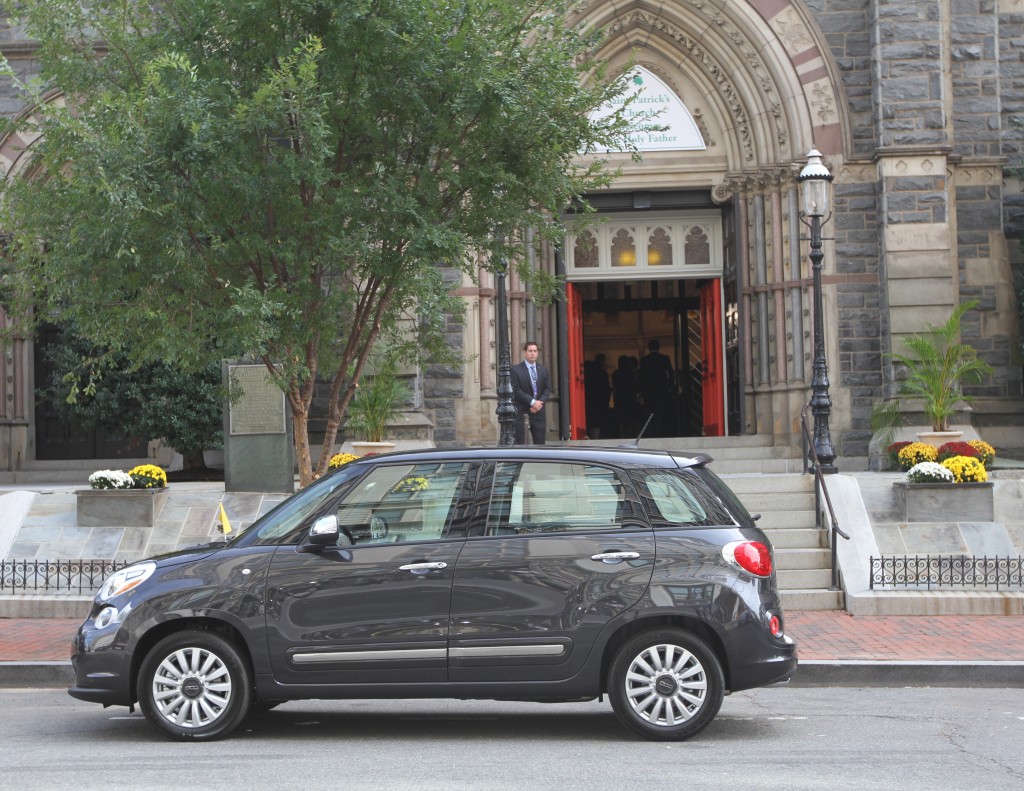 The pope turned down a limousine for an ecologically friendly Fiat. Here, the car waits idly for his return. Photo by Colleen Shalby