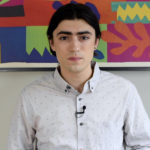 Across the country, reported catalytic converter thefts have skyrocketed in the last few years.

Annual thefts of the auto part, which is tucked along the exhaust system to turn fumes from a car’s engine into less harmful gasses, jumped from 1,298 in 2018 to 14,433 in 2020, according to data compiled by the National Insurance Crime Bureau (NICB) — an increase of more than 1,000 percent. Stealing a catalytic converter can take as little as 30 seconds, and the parts have continued to remain prime targets for theft thanks to elevated prices on the precious metals they contain.

Last year, lawmakers in 26 states have introduced legislation in an effort to curb these thefts, with 10 states signing new laws into place.

There’s a chance you may not have known what a catalytic converter is, why they’re so valuable, where they are in your car and how critical a role they play in your car’s exhaust system. Here’s a look at how they work, which cars are being targeted and how to protect your own vehicle.

What is a catalytic converter?

Since being introduced and installed on new cars in 1975, a catalytic converter turns the toxic fumes from a car’s engine into less harmful exhaust. As part of the exhaust system on gas powered cars, hybrids and trucks, catalytic converters play a key role in reducing air pollution from cars., which is why the EPA made it a requirement for all cars to have starting in 1975. 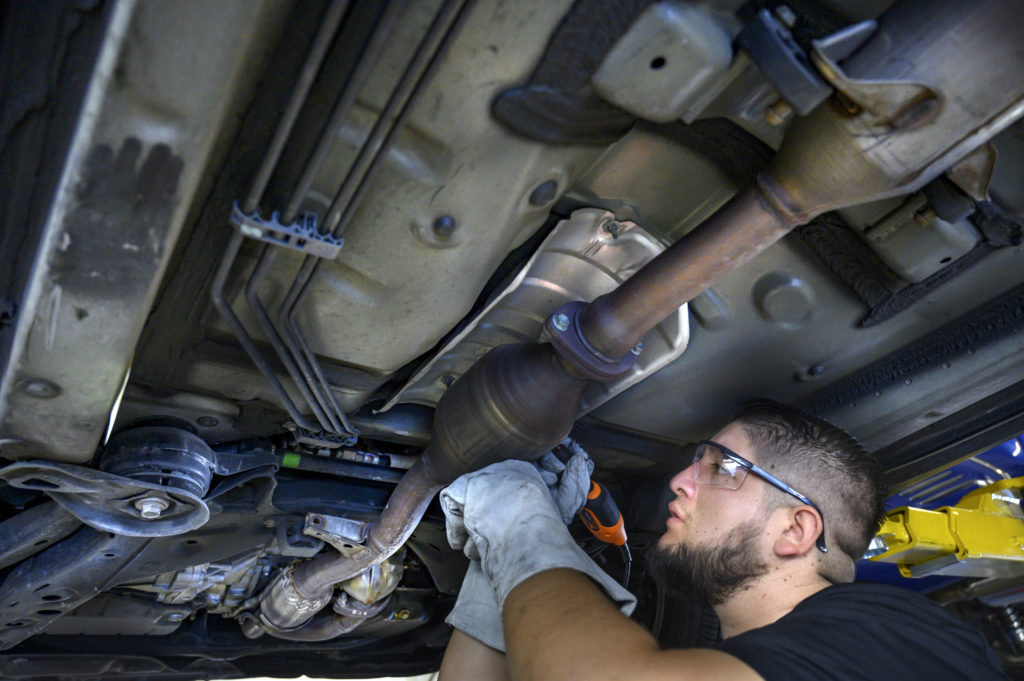 Why is theft of catalytic converters on the rise?

Catalytic converters contain numerous rare earth metals, such as platinum, palladium, or rhodium, according to the NICB. Those rare earth metals are the key driver in theft, said David Glawe, the president and CEO of the National Insurance Crime Bureau told the PBS NewsHour’s Nicole Ellis.

“The precious metals that are contained in the catalytic converter are produced and mined in Russia and South Africa primarily,” Glawe said, and the war in Ukraine and general supply chain issues have created an exponential increase in the cost of those metals. “These are financial crimes and crime is a business, and business is very good,” Glawe said.

Which cars are targeted the most?

Vehicles “that have two catalytic converters, so energy efficient vehicles or electric vehicles that are hybrids that also run on gas,” are the most targeted, Glawe said. Some hybrid models, such as the Toyota Prius, are also targeted because their catalytic converters use higher amounts of rare earth metals to better handle hotter-than-normal exhaust.
Additionally, Glawe said, commercial vehicles that are higher off the ground, such as “vans that transport elderly people…or vans that deliver our goods,” are also targeted. The higher ground clearance allows suspects to more easily get underneath the car or truck to saw off the catalytic converter.

What can you do to protect yourself from catalytic converter theft?

The first thing you can do to protect yourself, Glawe said, is to create “good security hygiene for your vehicle.” That means parking your vehicle in your garage, if you have one. If you have to park on the street, or in an uncovered driveway, try to find a well-lit area, “so if there is somebody messing with it, you see something, say something. Any individual can call 911.”

Glawe also recommended making sure your insurance coverage will cover a new catalytic converter in case of a theft. “Your liability insurance that covers you in the event that you’re in a car accident does not cover a theft of your vehicle or parts from your vehicle. You need to contact your insurance carrier to ensure you have comprehensive insurance coverage so your part is covered,” Glawe said. With catalytic converters in high demand and short supply, there are long waits to get one, and it can be much more expensive than it was even two years ago. 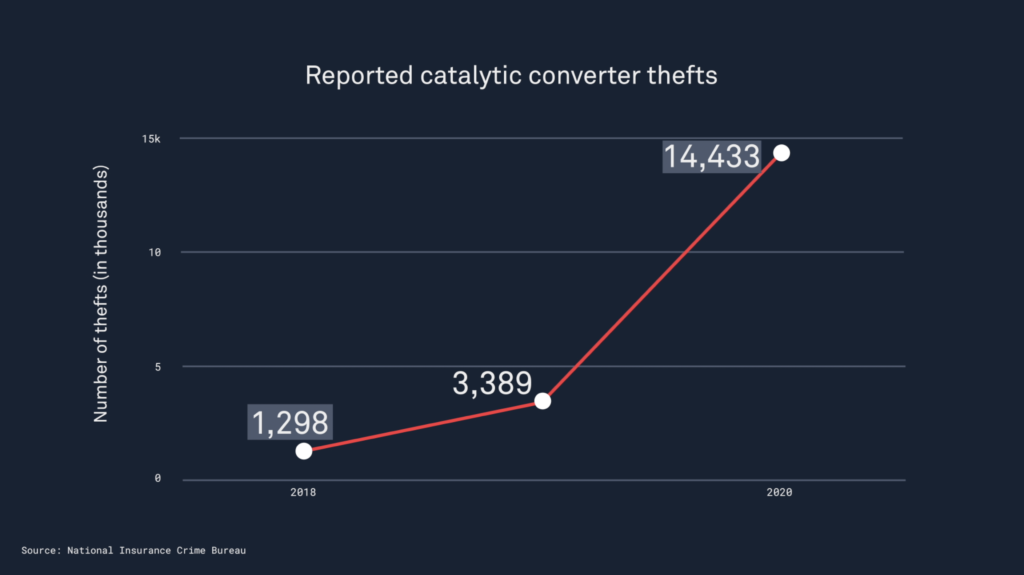 Reported catalytic converter thefts rose 1,000% between 2018 and 2020, according to data from the NICB. Graphic by Jenna Cohen/PBS NewsHour.

Additionally, Glawe recommends having “good documentation. A copy of your registration of your vehicle, a picture of your vehicle, so you can give that to local law enforcement to give them further evidence if your catalytic converter, or if your car is stolen.”

Finally, check with your neighbors to see if any of them have surveillance cameras, as footage could help law enforcement identify the suspects.

Can you drive your car if your catalytic converter is stolen?

If your catalytic converter is stolen, it won’t be hard to tell. “The vehicle will be drivable,” Glawe said, but “it’s going to sound just like it doesn’t have a muffler on it. It’s going to be very loud. There’s going to be a lot of emission and smoke coming out of your exhaust system.”

While the vehicle will be drivable, it may not be legal to drive it on public roadways. “A catalytic converter is required by law in all 50 states in U.S. territories, you must have that emission control device on a vehicle,” Glawe said. “If you drive that vehicle in one of those states, you very well could be breaking the law by driving that vehicle on a public roadway. So it needs to be parked in a storage lot or on your property until it’s repaired.”