Trump is also set to lay a wreath Monday at the cemetery, the final resting place for many U.S. military members and others who have served the country.

Trump previewed the address Saturday before he flew home from Italy, the final stop on his first trip abroad since taking office.

He addressed U.S. service members stationed at a naval base in Sicily as “warriors of freedom” and the “patriots who keep the fires of liberty burning.” 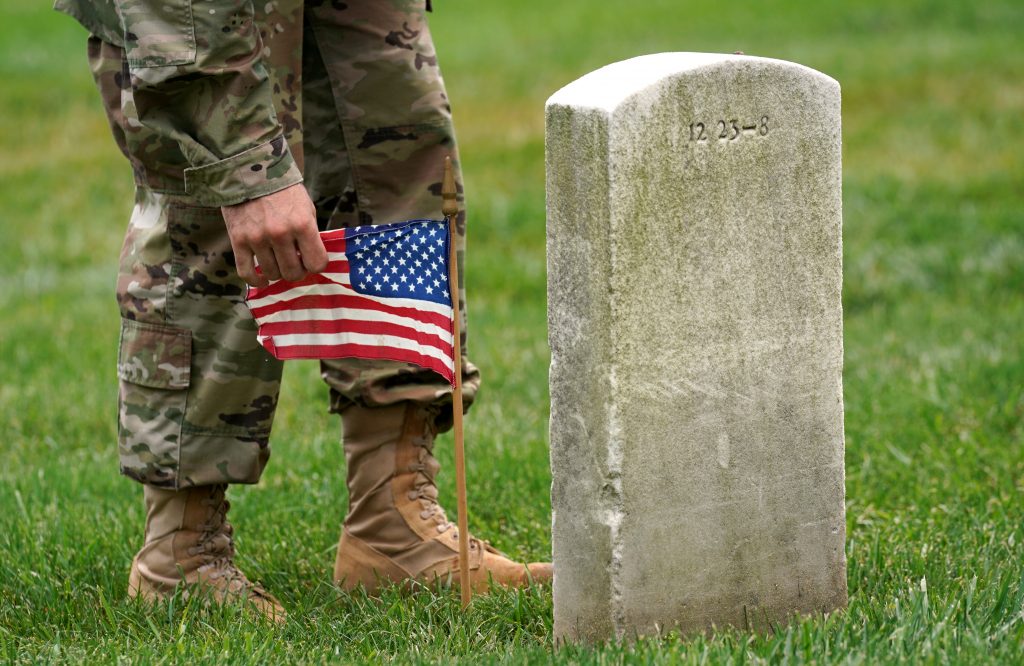 A soldier from the 3rd U.S. Infantry Regiment (Old Guard) takes part in “Flags-in”, where a flag is placed at each of the 284,000 headstones at Arlington National Cemetery, ahead of Memorial Day in Arlington, Virginia. Photo by Kevin Lamarque/ Reuters

Trump also noted his desire to boost spending on the military, and as commander in chief pledged his “complete and unshakeable support” to the men and women in uniform.

In the first of two tweets Trump sent out on Monday, he said: “Today we remember the men and women who made the ultimate sacrifice in serving. Thank you, God bless your families & God bless the USA!”

In the second, Trump said: “I look forward to paying my respects to our brave men and women on this Memorial Day at Arlington National Cemetery later this morning.”