WATCH: These Texas cowboys are saving pets and livestock after Hurricane Harvey

They started on foot, but as the rains let up, they’re bringing in the cavalry — the horse cavalry, that is.

The Texas Animal Health Commission, a state agency dedicated to protecting livestock and pets from natural disasters and disease, is assisting in Hurricane Harvey recovery efforts. They are sending in their official cowboys to wrangle livestock and free trapped pets.

The NewsHour spoke with Thomas Swafford, public information officer for the Austin, Texas-based agency, about what his agency is doing to ensure the safety of pets and livestock amid the intense flooding in the region.

Watch the interview in the video viewer above. 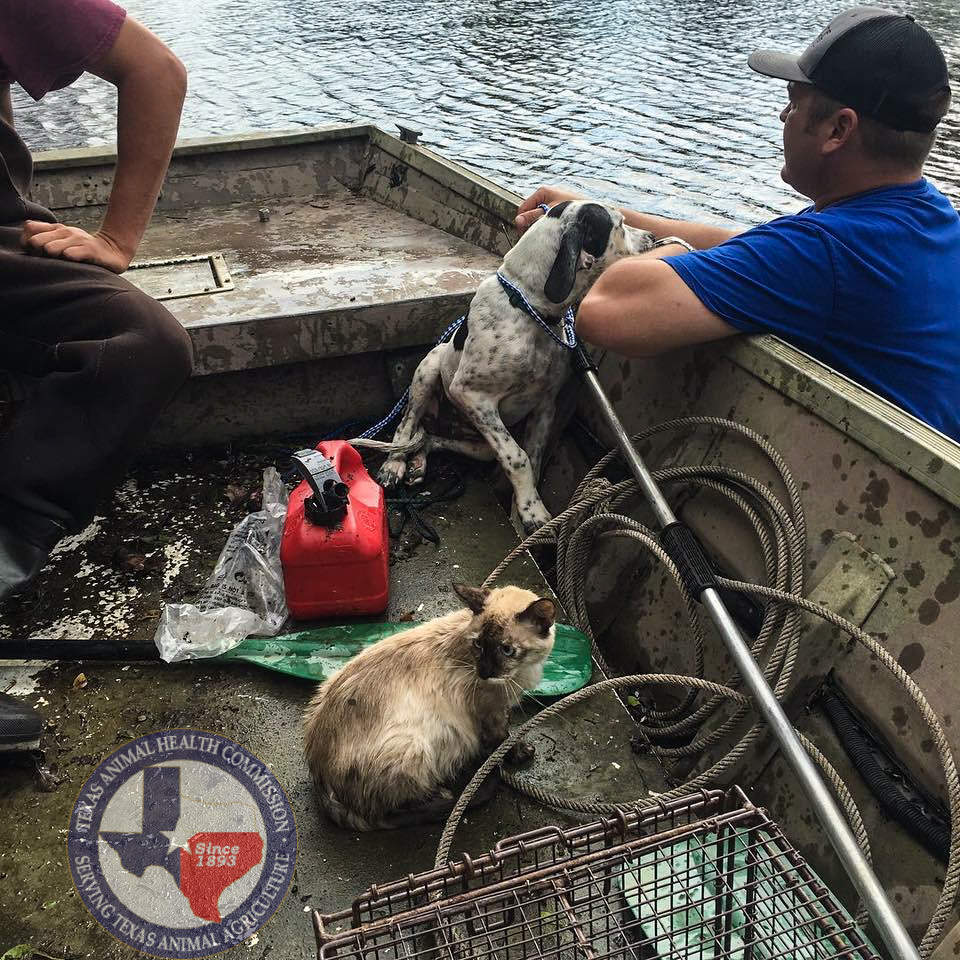 Seventy-four shelters in Texas accept evacuees with pets, while even more animal shelters are evacuating pets to shelters in other states to make room for lost or abandoned pets, according to the agency. For livestock that cannot be moved, the agency recommends owners cut a hole in any fencing to allow animals to seek higher ground. As hard as it may be for owners, these animal rescuers asked they not to stay with their pets in flooding situations, as it increases their chances of being trapped.