‘We have received no response’: Read the full letter from Christine Blasey Ford’s attorneys to the FBI

Lawyers for Christine Blasey Ford say in a letter to FBI Director Chris Wray that they’ve received no response from anyone involved in the FBI’s reopened background investigation of Supreme Court nominee Brett Kavanaugh. (Read the full letter below.)

Ford, a California professor, has said she was sexually assaulted by Kavanaugh at a party when they were teenagers. He denies that allegation.

In a letter Tuesday to Wray and his general counsel, Ford’s lawyers say it is “inconceivable” that the FBI could conclude its investigation without interviewing either her, Kavanaugh or all of the other witnesses whose names she has provided.

In the letter, the lawyers ask for a call with Wray or the supervisory special agent in charge of the investigation. 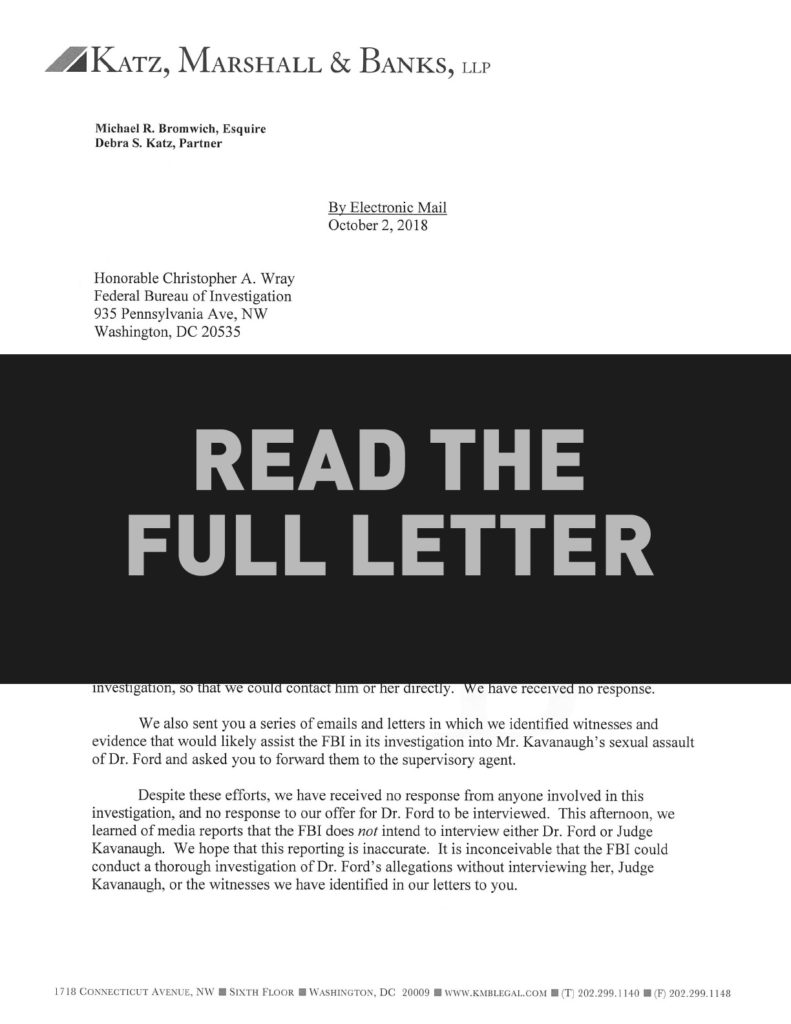 Left: Christine Blasey Ford, center, flanked by attorneys Debra Katz and Michael Bromwich, testifies during the Senate Judiciary Committee hearing on the nomination of Brett M. Kavanaugh to be an associate justice of the Supreme Court on Sept. 27, 2018. Photo by Tom Williams/Pool via Reuters