The wealthiest are getting wealthier, and lobbying has a lot to do with it

On the eve of President Barack Obama’s State of the Union address and days before the World Economic Forum in Davos, Switzerland, Oxfam predicts a widening wealth gap and points a finger at lobbying for much the of wealth accumulation at the top. The world’s wealthiest 1 percent is likely to control over 50 percent of global wealth by next year, according to Monday’s report. 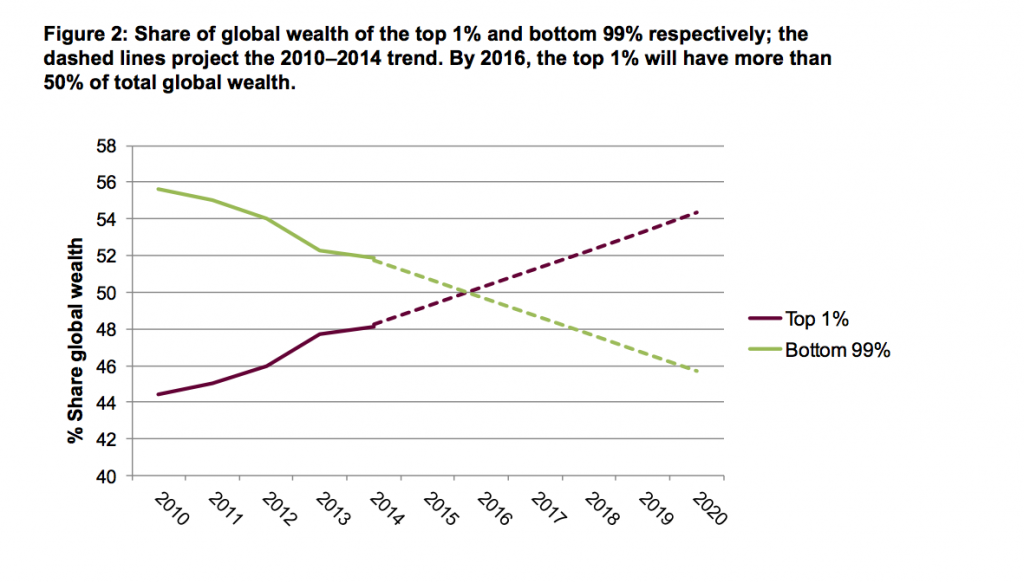 It used to be that the total wealth of the world’s billionaires and of the bottom half of the globe increased at roughly the same rate. That changed in 2010. Total wealth for the poorest 50 percent has actually decreased from what it was in 2009, while wealth at the top has doubled (in nominal terms). Just 80 billionaires now control the same wealth as 3.5 billion people. 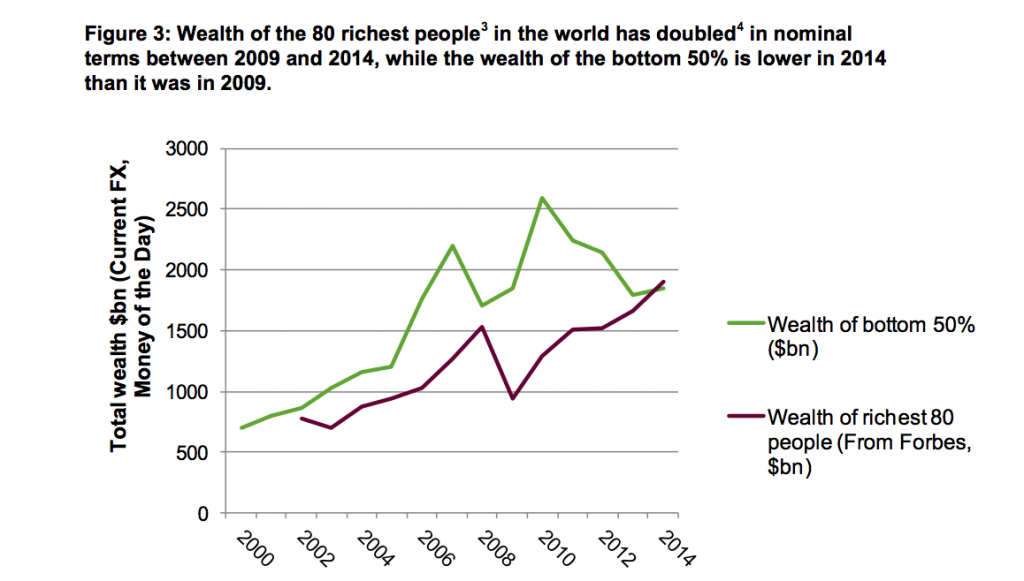 So who are these billionaires and how’d they get so much more money? Forbes listed 1,645 billionaires in 2014, one-third of whom started their lives wealthy. Ninety percent are male and 85 percent are over age 50. According to Oxfam, the top 80 billionaires have seen their collective wealth grow by $600 billion between 2010 and 2014.

Growing wealth inequality certainly isn’t a new phenomenon, and almost a year after the Thomas Piketty sensation, chatter about its causes and consequences hasn’t dulled. The Oxfam report zeroes in on the political influence affordable to the ultrarich: lobbying, specifically in the financial and pharmaceutical and health care industries.

Twenty percent of Forbes’ 2014 billionaires had some stake in the financial and insurance sectors, with the richest 10 possessing familiar names like Buffett, Soros and Bloomberg. More campaign contributions to federal candidates and parties come from the financial sector than any other source, according to the Center for Responsive Politics. And with American finance billionaires experiencing a one-year wealth increase of 17 percent, they’ve had money to spend.

The financial sector spent $400 million on lobbying in the United States, and another estimated $150 million in the European Union in 2013. In the last U.S. presidential election year, the industry spent $571 million.

But the billionaires who saw the greatest increase in wealth were those with “interests and activities” in the pharmaceutical and health care sectors. They’re not the household names their elite cousins in finance are, but with a 47 percent collective wealth increase between 2013 and 2014, and health care at the center of America’s political debate, they’ve had significant clout.

The pharmaceutical and health care sectors spent more on lobbying in 2013 than any other sector in the U.S., dishing out more than $487 million. Their influence has been felt in Europe, too, where these sectors spend an estimated $50 million each year.

Budget and tax issues are the biggest targets of these industries’ heavy spending, according to data from the Center for Responsive Politics. A “calculated investment,” Oxfam argues, their spending helps industry gain favor in Washington and Brussels at the expense of the public interest.

Update: Not everyone who believes wealth inequality is a problem is behind Oxfam’s numbers and the way they aggregate wealth. Felix Salmon writes a strong critic of the Oxfam report, an excerpt of which is below: