What does the billionaire-funded Gawker suit mean for media?

Silicon Valley billionaire Peter Thiel revealed this week he funded Hulk Hogan’s winning $140 million lawsuit against Gawker Media. Hogan, whose real name is Terry Bollea, sued the publication for invasion of privacy after Gawker’s editors published a 2012 blog post featuring an excerpt of a video that showed the wrestler having sex.

This week, Gawker founder Nick Denton speculated that an outside contributor might be bankrolling the lawsuit after Bollea’s legal team removed a claim in the suit that would have “allowed Gawker’s insurance company to help pay for its defense as well as damages,” The New York Times reported.

Forbes reported that Thiel, who co-founded PayPal, is paying $10 million of Bollea’s legal fees. Thiel has his own history with Gawker, having been outed as gay on their website in 2007. He told The New York Times this week that the lawsuit was meant to fight against a “singularly terrible bully,” and that he does not think that his financing of the suit has wider implications for media.

The original 2007 story outing Thiel, written by Owen Thomas, had the headline, “Peter Thiel is totally gay, people.” Now a business editor at the San Francisco Chronicle, Thomas told the Times that he didn’t out Thiel. 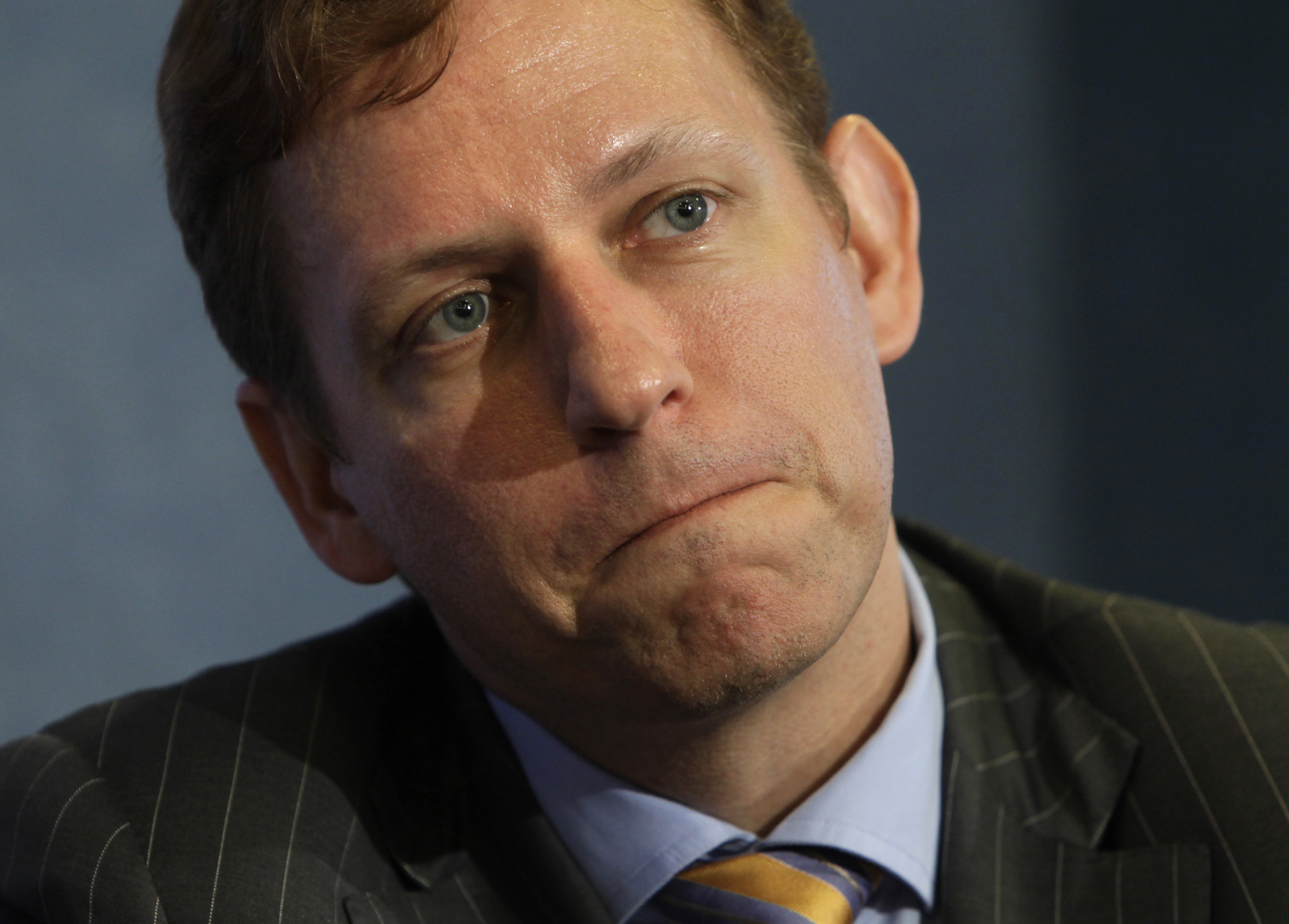 Peter Thiel, entrepreneur and co-founder of PayPal, holds a news conference at the National Press Club in Washington, D.C., on Oct. 3, 2011. Photo by Yuri Gripas/Reuters

“I did discuss his sexuality, but it was known to a wide circle who felt that it was not fit for discussion beyond that circle,” Thomas said. “I thought that attitude was retrograde and homophobic, and that informed my reporting. I believe that he was out and not in the closet.”

“The tricky thing about this is Thiel feels wronged, but he’s not suing Gawker based on the statement that he feels wronged him. He’s not suing them for outing him,” Tanz said. Based on Thiel’s actions, Tanz said what appears to be motivating him is less about justice for Hogan and more about “crushing Gawker through the court system,” a prospect that worries many journalists.

The point isn’t to win the suit, Tanz said. “[Thiel] can continue to litigate against Gawker and rack up huge legal fees and destroy them even if he never wins a suit,” he said.

Within Silicon Valley, Gawker’s now-defunct Valleywag blog was “a very easy media property to hate,” Tanz said, adding that tech folk defended Thiel’s actions saying it was no different than ACLU or Greenpeace funding lawsuits they think are going to end up having a greater social good. In this case, that greater social good would be punishing and deterring the work Gawker publishes, he said.

“The concern is: Who’s to determine what should be punished?” Tanz said. “It’s one of those slippery slope arguments that you get into with these First Amendment disputes.”

I can see how irritating Gawker would be to you and other figures in the technology industry. For Silicon Valley, the media spotlight is a relatively recent phenomenon. Most executives and venture capitalists are accustomed to dealing with acquiescent trade journalists and a dazzled mainstream media… They do not have the sophistication, and the thicker skins, of public figures in other older power centers such as New York, Los Angeles and Washington, D.C.

In the letter, Denton proposes to Thiel that they hold a public debate to sort out their disagreement, instead of fighting in the courts.