What Happens to Our Digital Lives When We Die?

PBS NewsHour spoke with Ricky Rash about his struggle to gain access to his son’s online accounts after the 15-year-old’s death in 2011. 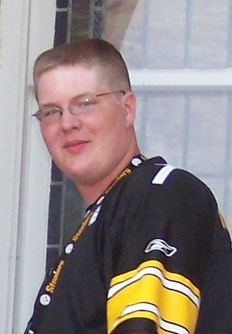 Eric Rash had a bright future, so when he committed suicide at 15 years old, his family went in search for a reason. They requested access to their son’s Facebook account after his death, but Facebook refused citing issues regarding users’ right to privacy. Photo courtesy of Ricky Rash.

The era of keeping cherished letters, photos and diaries in a shoe box under the bed is rapidly coming to an end. Today, we increasingly live our lives online. From email to social media, the record of our thoughts, interactions with friends, photos and videos of the poignant to the mundane moments of our lives are now digital.

It’s clear our lives have changed as a result of this technological revolution. What’s not clear is what happens to our digital lives when we die.

“The average person has 20 to 25 different accounts,” Naomi Cahn, a law professor at George Washington University, said. Cahn is working with the Uniform Law Commission to craft a nationwide, consistent legal landscape for digital assets. “Most people have not thought what happens to those accounts once they die.”

“The important thing for us to think about these memories is we want to make sure that they are able to get to the next generation,” Evan Carroll said, founder of The Digital Beyond, a blog about our posthumous digital existence. “Sometimes they are behind a password or controlled by terms of service we don’t understand.”

Five states currently have laws that govern digital assets, but they vary widely. Some, like Indiana, Idaho and Oklahoma cover social media and blogging accounts, while Connecticut and Rhode Island’s legislation only cover email.

The Virginia General Assembly just passed legislation that will provide a parent or guardian access to a minor’s digital accounts. That law was championed by Ricky Rash, a dairy farmer, whose 15-year-old son Eric committed suicide in 2011. Eric was an accomplished honor student that had appeared to be a well-adjusted teen with a bright future ahead of him. His family wanted access to his Facebook account in order to understand what possible causes might have led to his suicide.

But the Rash family discovered that current state and federal law made that impossible. The Stored Communications Act, the federal law that governs the protection of a person’s electronic data, was crafted in 1986. The prospect for change on the law is unlikely in the near future.

“Everybody wants to do the right thing, but the hard legal reality is the federal communications act,” Jim Hawley, vice president at TechNet, an industry group that represents tech companies like Google told The Associated Press.

Despite the emotional pleas from family members such as Ricky Rash, companies stress their commitment to the privacy of their users and the service agreements and company policies we click on when we create new accounts.

It’s estimated that three Facebook users die every minute. Those accounts used to be deleted, but now the company offers the option to memorialize those pages. That allows friends and family to use the page to share stories, photos and videos as they grieve. Even with this new option, nobody is given access to log in or edit the account.

“I don’t know what the first legal showdown of these laws will be, but it could be a huge case,” said Kristina Sherry, a law student who recently published an extensive paper of the legal landscape governing our digital lives in the Pepperdine Law Review.

NewsHour wants to hear from you:

What do you think about your digital life after death? Should loved ones have access to your accounts? Or should your privacy remain protected?

Please respond in the comments section below.