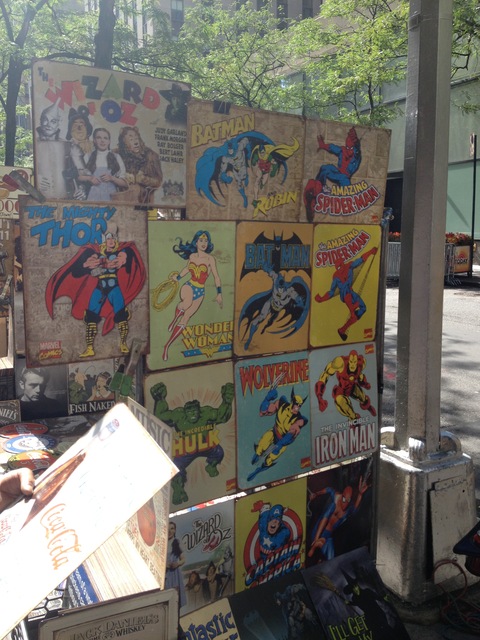 It’s not just great CGI animation and big-name actors that make Spiderman and Iron Man such big hits at the box office. The resurgence of comic book characters has taken the country by storm for more than a decade.

What is it about costumed superheroes that we love so much?

I recently interviewed NPR’s Glen Weldon, author of “Superman: The Unauthorized Biography” about why he thinks that character in particular resonates with Americans and has remained such an icon in our pop culture for 75 years.

The characters “exist on a symbolic level,” and none are more symbolic than Superman, who created the superhero archetype, he said.

“Everything that has come after him that has touched on the idea that someone dresses up in a weird outfit and fights for the powers of good comes from him,” Weldon told me during our discussion, which will air soon on the NewsHour.

NewsHour desk assistant Sam Lane assembled this slide show of Superman through the ages.
I was recently in New York City and noticed comic book heroes were just about everywhere. Weldon notes that even though the writers at DC Comics kept Superman — who makes a habit of saving Metropolis — far away from the September 11, 2001 terrorist attacks, fans placed him in New York nonetheless.

“You really see the power of this character and how much he has invaded the American psyche,” Weldon said. “He’s not like Spiderman. This isn’t the hero that we relate to. We don’t see him over in the corner. He’s not our friendly, neighborhood Superman. He is a character in whom we believe. It’s different. Our relationship to him is much different. And he’s an ideal. So they kept him out of that whole fracas.”

Instead, an online movement sprang up, with people posting their own images of Superman at the site of the World Trade Center defending it from attacks or crying, Weldon said: “Because there was this need for him to represent both the power of America and the feeling of helplessness.” 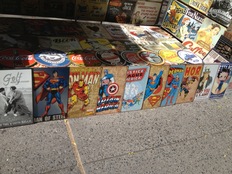 Weldon and I chatted extensively about the relatability argument. Do we really want our heroes to be as flawed as we are?

Personally, I’ve always been partial to Iron Man. He’s brilliant, but in a far more charming way than, say, his fellow Avenger Bruce Banner who becomes the Incredible Hulk.

Batman has always been just too dark and gloomy for me, and Spiderman is too tied up in his women to be an effective hero. What, you disagree with me? That’s why comic books are so great! We can have this kind of impassioned conversation about worlds that are completely imagined.

So what else can we say about comic book characters? The White House got in on the action this summer with a Google hangout on the topic, and we’ve also pulled together a scientific examination of just how Spiderman’s silk works, or whether it’s even humanly possible for the Flash to run that fast. (Spoiler alert: It’s not!)

For more Superman, listen to my conversation with Weldon recently when I sat in as a guest host for Kojo Nnamdi on WAMU.

In an online exclusive, I also asked Weldon about how Lois Lane evolved over the decades, and about the comic book he likes best. Watch:

Now it’s your turn. Who is your favorite comic book character and why?

Consider the comments section below an open thread for discussion, or have your say on Twitter using the hashtag #comicbookheroes.