What would a Trump presidency mean for his business empire?

WASHINGTON — On Inauguration Day next January, the 45th president will parade past the new Trump Hotel Washington, which Donald Trump says soon will be among the world’s finest.

Should the current Republican front-runner win the White House, his hotel on ground leased from the federal government would represent just a small piece of the largest business empire ever to belong to a sitting president.

How the Trump Organization would operate during a Trump administration raises intriguing ethical questions.

For any new president, some would be routine, such as whether to sell specific stocks or place holdings in blind trusts to avoid perceptions of self-dealing. Others would be unique to the celebrity businessman-turned politician. For example, would Trump continue to publicly promote the quality of the hotel and other Trump ventures?

On the most basic level, federal ethics rules would not bar Trump from personally running his business interests from the White House. But he has said he expects to hand over the reins at the Trump Organization to his children if he wins.

“Running the country is clearly what Mr. Trump wants to do,” campaign manager Corey Lewandowski said in an interview. “Should he have the privilege of being elected president, he will be spending 110 percent of his time on that.”

Even ruling out Trump’s continued management of the organization – a job Trump says he loves so much he sleeps only four hours a night – he would have plenty of ethics questions to settle. 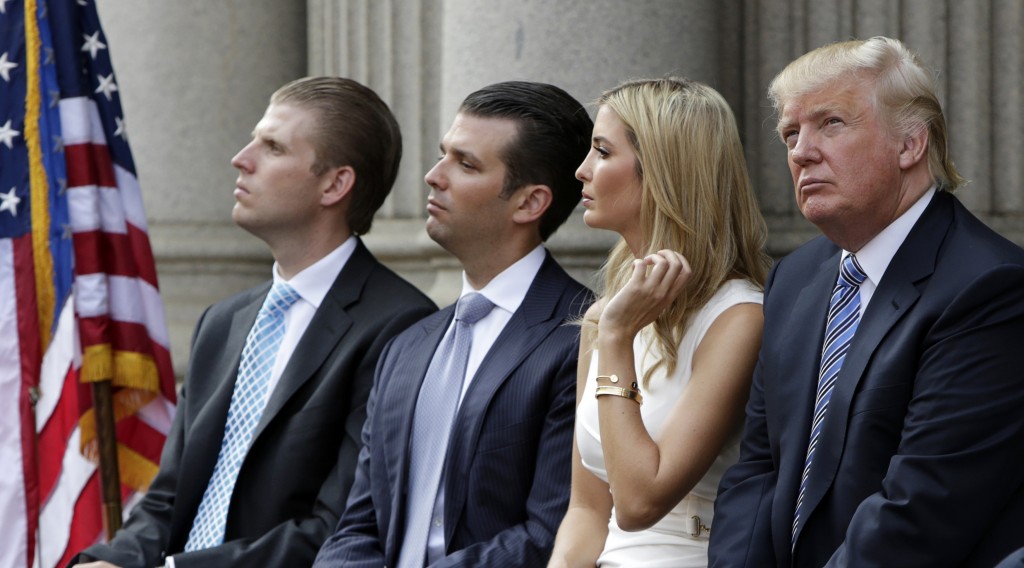 For incoming presidents who don’t want their wealth to pose a political liability, standard routes include either investing in bland financial products or placing their holdings in a blind trust managed by a third party, said Ken Gross, head of political law at Skadden, Arps, Slate, Meagher & Flom LLP.

After then-Illinois Sen. Barack Obama faced criticism in 2005 over investments in two obscure companies that potentially stood to benefit from government action, he decided to store his wealth in treasury bonds, an asset so bland that it rules out self-dealing. During the 2012 election, Republican nominee Mitt Romney, who had significantly more complex holdings, pledged to keep his wealth in a blind trust certified by the Office of Government Ethics.

Either approach could neutralize ethics questions related to Trump’s owning of stocks and investment funds worth hundreds of millions of dollars. But such holdings make up just a fraction of his wealth. Most of his hard assets are in the form of golf courses, luxury New York high-rises and other branded real estate.

“They aren’t susceptible to being put in a blind trust,” Gross said. “You can’t blind assets that you already know.”

For a new president with such ongoing business interests, the best practice is simply to minimize the risk of any conflicts occurring. One of the most prominent examples involves Michael Bloomberg, the billionaire former New York City mayor and a former Gross client. 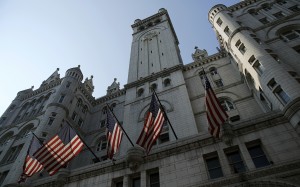 Trump is pouring a $200 million into the Old Post Office Building.
Photo By Gary Cameron/Reuters

After discussions with the city’s ethics officials, Bloomberg agreed to withdraw from any day-to-day management decisions, though he retained authority in the event that talks to sell his company should arise. Because New York City was an existing user of Bloomberg’s financial data terminals, he also waived all rental costs for the city indefinitely.

Trump could consider similar steps, Gross said, though the tight links between Trump’s business interests and his own persona mean that even his public descriptions of his own properties might require some thought. Despite being exempt from ethics rules preventing him from promoting his business interests, Gross said presidents are typically loath to do so.

“This would put a crimp in his style, but then again, he’d be the president of the United States,” Gross said of Trump’s penchant to describe his business ventures with superlatives. “I think he’d be allowed a certain amount of puffery.”

Left: A woman passes a construction sign on the Trump International Hotel in Washington Sept. 1, 2015. The iconic Old Post Office building is being transformed into a luxury hotel by presidential hopeful Donald Trump. Photo By Kevin Lamarque/Reuters