What’s next in the fight over Arkansas executions

Don William Davis would be dead by now if the state of Arkansas followed through on its plans.

In 1990, Davis — riding a four-day cocaine high — shot and killed Jane Daniel, 62, after he broke into and burglarized her home in Rogers, Arkansas. Two years later, he was convicted and sentenced to die. Ever since, he has sat on death row in Varner supermax penitentiary; for months, he’s taken no visitors as his execution date drew near. 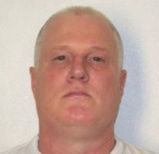 Inmate Don Davis is shown in this booking photo provided March 25, 2017. Photo courtesy of Arkansas Department of Corrections via Reuters

But as the May 1 expiration date for Arkansas’ supply of lethal injection drew near, Gov. Asa Hutchinson said he wanted to execute eight men, including Davis, in 11 days. Since the U.S. Supreme Court reinstated capital punishment in 1976, no state has executed so many men in such a short time, said Robert Dunham from the Death Penalty Information Center.

Arkansas planned to execute two men per day starting after Easter Sunday on April 17, April 20, April 24 and April 27. Don Davis would be the first to die.

“Now some of you may think that someone like me cannot be forgiven for all the bad that I have done in this world, but I am not one of them,” Davis wrote in what he believed to be his final statement before his execution was put on hold. “And if you think that I cannot get in the Kingdom of Heaven, then that is between you and your God and that is all I have to say on this subject,” he added, according to the document, which was provided to the NewsHour.

“And if you think that I cannot get in the Kingdom of Heaven, then that is between you and your God and that is all I have to say on this subject.”

Earlier this month, the group of men originally scheduled to die grew smaller after appeals on behalf of Jason McGehee and Bruce Ward succeeded. The state and attorneys for the remaining men launched a flurry of appeals, too. Their fate is uncertain hour to hour as the expiration date gets closer.

The fight for Davis’ life escalated through a series of appeals and counter arguments to the U.S. Supreme Court late Monday. Without knowing if the court would offer an opinion, prison personnel preemptively served him his final meal on death row of fried chicken, mashed potatoes, rolls, great northern beans, glazed carrots and strawberry cake, said Solomon Graves, a spokesman for the Arkansas Department of Correction.

By 1 a.m. Tuesday — when Davis’ execution warrant expired — the Supreme Court issued a 35-word order that rejected Arkansas’ argument to execute Davis: “The application to vacate the stay of execution of sentence of death entered by the Arkansas Supreme Court on April 17, 2017, presented to Justice Alito and by him referred to the Court is denied.”

With the court’s decision, Gov. Hutchinson would have to schedule a new date for Davis’ execution, and five men in Arkansas still face the death penalty before May 1, according to the state’s Attorney General Leslie Rutledge.

The first, Stacey E. Johnson and Ledell Lee, would be executed on Thursday, pending any appeals or court decisions, said Judd Deere, a spokesman for Rutledge’s office.

“There are five scheduled executions remaining with nothing preventing them from occurring, but I will continue to respond to any and all legal challenges brought by the prisoners,” Rutledge said in a written statement. “The families have waited far too long to see justice, and I will continue to make that a priority.”

Jane Daniel’s daughter, Susan Khani, recently told NBC News her family has “suffered long enough, and my mom really suffered.” In 2010, the Supreme Court also spared his life six hours before he was scheduled to die. This time, she said she wanted Davis’ execution to happen.

“I don’t want him to be able to speak my mother’s name ever again,” Khani told NBC. “He’s the last one that saw her during her most vulnerable time.”

People who have spoken with Davis say he has changed since he killed Daniel.

“Everyday people are capable doing evil things simply by not thinking about what they’re doing.”

Back in 2006, when Davis still took visitors, a 17-year-old Catholic high school student from Little Rock followed a journalism class assignment to Arkansas’s Death Row. He sat across plate glass from Davis. The inmate’s hulking presence looked like Bill Clinton if the former president and Arkansas governor had been a football player, Chase de Saint-Felix recently told the NewsHour.

For an hour, Davis ate popcorn and talked while de Saint-Felix listened to him map out his life and where everything went off course. Davis wasn’t perfect, but he wasn’t a monster, either, de Saint-Felix said. Walking out of The Row, he said he was struck by the fact that Davis was “just an average guy.”

Chase de Saint-Felix, now 28, teaches ethics, religion and theology to Catholic school boys in Baltimore, Maryland. In his classes, whenever the idea of evil people emerges, his thoughts return to the day he met Davis.

“Everyday people are capable doing evil things simply by not thinking about what they’re doing,” he said. “If we’re all waiting for some cackling villain, we’re going to be waiting a while.”