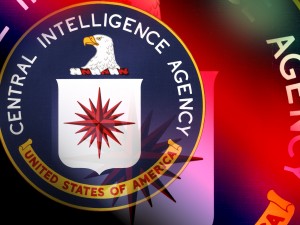 WASHINGTON — In an embarrassing flub, the Obama administration accidentally revealed the name of the CIA’s top official in Afghanistan in an email to thousands of journalists during the president’s surprise Memorial Day weekend trip to Bagram Air Field.

The officer’s name — identified as “chief of station” in Kabul — was included by U.S. embassy staff on a list of 15 senior American officials who met with President Obama during the Saturday visit. The list was sent to a Washington Post reporter who was representing the news media, who then sent it out to the White House “press pool” list, which contains as many as 6,000 recipients.

The Associated Press is withholding the officer’s name at the request of the Obama administration, who said its publication could put his life and those of his family members in danger. A Google search appears to reveal the name of the officer’s wife and other personal details.

White House officials realized the error after the Post reporter notified them, and sent out a new list without the station chief’s name. Other major news organizations, including the Post, also agreed not to publish the officer’s name.

The reporter who distributes the pool report sends it to the White House to be checked for factual accuracy and then forwarded to the thousands of journalists on the email distribution list, so in this case the White House failed on at least two occasions to recognize that the CIA official’s name was being revealed and circulated so broadly.

The intentional disclosure of the name of a “covered” operative is a crime under the U.S. Intelligence Identities Protection Act. A former CIA officer, John Kiriakou, was sentenced to 30 months in prison in January after pleading guilty to disclosing to a reporter the name of an undercover agency officer. In 2003, Valerie Plame was exposed as a CIA operative by officials of the George W. Bush administration in an effort to discredit her husband, a former ambassador who had criticized the decision to invade Iraq. A top aide to Vice President Dick Cheney, Lewis “Scooter” Libby, was convicted of perjury and obstruction of justice in the case, and sentenced to 30 months in prison, though Bush commuted the prison sentence.

Members of the CIA’s operations arm, called the National Clandestine Service, are typically given cover identities to protect both them and the sources they have recruited abroad. The station chief, who manages all CIA operations in the country, is often a senior officer whose true name is known to the host nation and other intelligence agencies. The term “station chief” is sensitive enough, however, that former officers usually are not allowed to use it in their resumes in connection with specific countries, even after their covers have been lifted.

Because the Afghanistan station chief is known to Afghan officials and lives in a heavily guarded compound, he may be able to continue in his job. In 2010, the CIA station chief in Pakistan, Jonathan Bank, was evacuated after local newspapers published his name in connection with a lawsuit, and he was threatened.

The disclosure didn’t prevent Bank from landing another sensitive job: He became chief of the Iran operations division at CIA headquarters at Langley. He was removed from that post in March after CIA officials concluded he created a hostile work environment in the division. He has since been detailed to the Pentagon’s intelligence arm.