Who are the Uighurs? 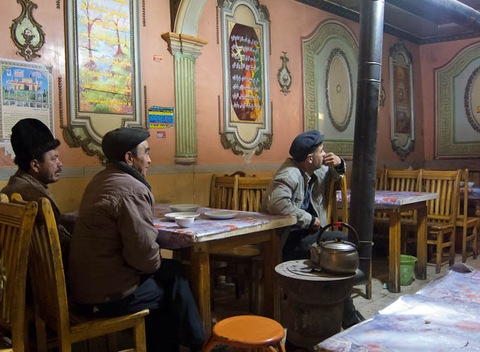 In May of 2010, photographer Eleanor Moseman embarked on a bicycling trip from her then-home in Shanghai, China with no clear agenda other than getting “as far west as possible.” 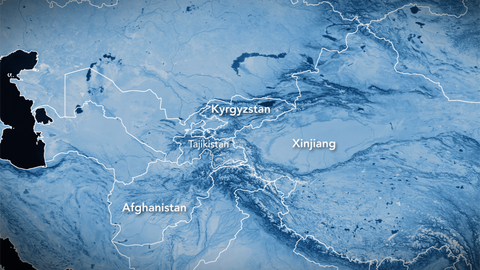 Her trip ultimately lead her to Xinjiang in northwest China, where she spent the better part of one year living with Uighur families and documenting her travels.

Uighurs are Muslims with Turkic roots whose relationship with the Han Chinese majority is often fraught and sometimes violent. 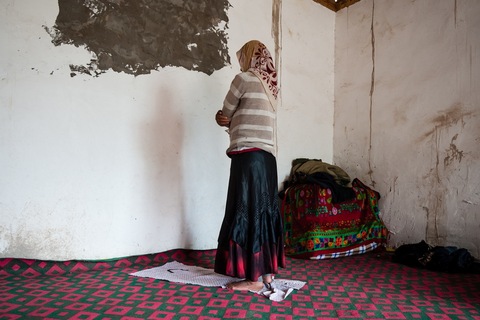 The Chinese government views the Uighurs as an ethnic Chinese minority whose population includes militant separatists “waging a violent campaign for an independent state.”

Uighurs counter that they are culturally marginalized in China and largely frozen out of the country’s economic growth– most recently, Uighurs in Kashgar have complained of widespread job discrimination. 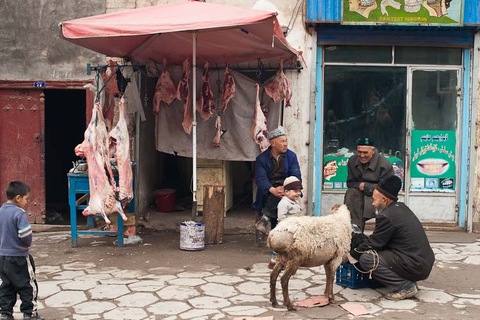 Men and children on the streets of Kashgar.

Moseman is less interested in the contentious politics of the region, focusing instead on the personal stories of Uighurs living in and around the northwest province.

“I try not to talk too political about anything,” she said. “Some conversations I have had about politics, [the Uighurs I meet] will have started and I actually will ask them to stop.”

Traveling alone and mostly by bicycle, Moseman found herself slowly welcomed by the Uighur communities in Xinjiang — and felt particularly embraced by Uighur women she met along the way. 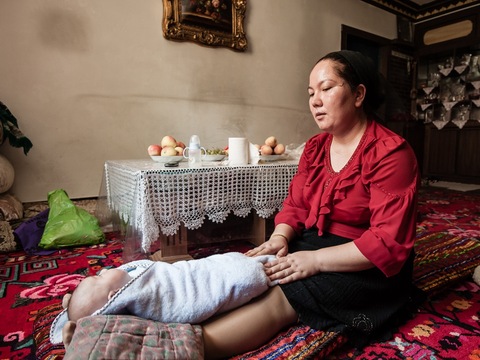 A mother rocks her newborn to sleep with a traditional song.

“As a woman traveling alone… They want to take care of me. I’m non-threatening,” she said.

Moseman said she tries to be as useful to her ‘host’ families as possible — watching children, helping around the home and even working in the fields alongside them. 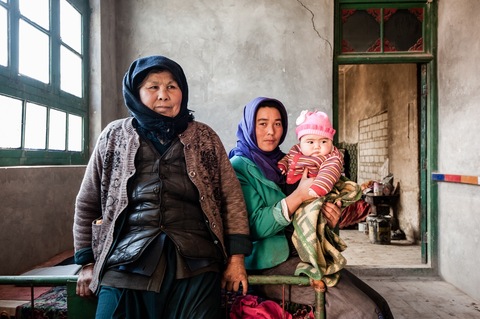 Three generations represented in the countryside.

“I’ve spent days in the cotton fields with these families. And the work they do is backbreaking,” she said.

“I’ve worked in the apple orchards, too… but cotton is really, really rough work. And that’s what most of them do. So I work with the families, I go shopping with them, I help keep an eye on the kids. I’ve really become a part of many of these families.” 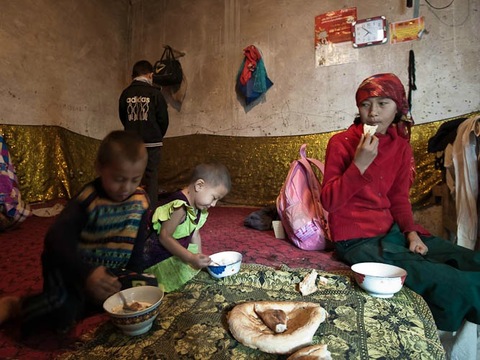 Naan and milk before school, while one boy executes his morning prayers.

“I explain to [the Uighurs] that I meet that I’m not trying to go through some angle, I just want people to be aware of who you are and what your life is like.”

All of the above photos published courtesy of photographer Eleanor Moseman. Learn more about her work.