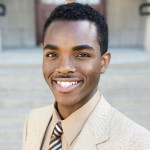 Column: Why I can’t be silent anymore when you call me the n-word

Editor’s note: A couple of weeks ago a young man’s impassioned Facebook post garnered a lot of attention. After being called an n-word on his college campus, Payton Head said that he could either say nothing and go about his business, or he could speak up. He chose to speak out and challenged his peers at the University of Missouri to join him. Here, the college senior writes about what inspired him to write his plea.

Why is my existence such a threat to you? Why is being me not OK? After being called a [n-word] for the second time while walking across my campus, the place I call home, I had to ask myself these questions.

My Facebook post was inspired by the exhaustion that I feel by simply existing in this world, and the oppression my peers endure every day.

Honestly, I wasn’t so much angry that it happened. And I knew that it only would be a matter of time before it happened again. What made me the most passionate and even emotional was when I thought about people who I love the most who deal with this on a daily basis.

Can you imagine being spit on just because of who you are?
I thought about my twin sister who attends school with me at Mizzou. I worry every day as she heads home from work and class I worry because I know that one and four women in college are the victims of sexual assault.

I worry about one of my best friends who identifies as a trans woman. It made me physically sick thinking about the time she was walking down the busiest street in the city and was spit on. Can you imagine being spit on just because of who you are? Trans people, especially trans women of color, experience some of the highest rates of violence in this country, and yet their voices are still unheard. 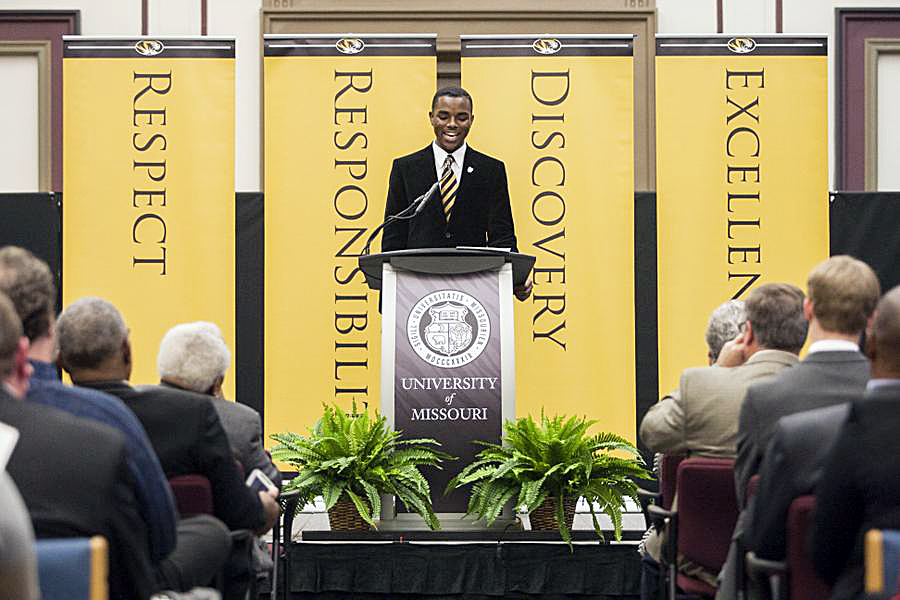 Payton Head was inaugurated as the Univeristy of Missouri’s student body president earlier this year. He writes: “I do believe that there is hope. As long as people in positions of power use their privilege to speak up for the voiceless, change will come.”

I think about my mentor, the beautiful black woman from St. Louis who just wanted to have fun for the night at the frats. The door was slammed in her face because they told her they weren’t “accepting black girls for the night.”

I thought about the time I was receiving an award on campus and my mother, who is confined to a wheelchair, came down from Chicago to the see me. We went to the main entrance of the building, where we found there was no accessible way to access through the front doors. We eventually found an accessible door on the far north side of the building, but it highlighted the struggle that millions of Americans with disabilities must go through every day.

These stories are not unique. Just last week my good friend and fellow student body president at the University of Southern California Rini Sampath was called an “Indian piece of s***” as she was walking home with her friends. These are not isolated incidents, and the respectability of our offices will not save us or change the way people look at us when they first see us through the filter of race.

These incidents are examples of the structural violence that is in the very fabric of institutions in this nation. I asked Mizzou and America to wake up because these things happen all too often. People who are living in a world not created for them don’t get to sleep. I think about this as I leave my house and head for campus each day, past a creek that used to be a place for lynchings. No one knows because those of us in positions of power don’t listen to these voices, or just have the simple privilege of being unaware.

The struggle of being black in queer spaces and being queer in black spaces, and the feeling of never truly belonging is what has sparked so much of my ambition in life. It’s the reason why I’ve worked so hard to stay at the top of my class, and pursue unimaginable opportunities, because deep down I know that America has told me that I’ll never be good enough.

My existence will always be a “problem.” It’s up to me to prove them wrong.

I do believe that there is hope. As long as people in positions of power use their privilege to speak up for the voiceless, change will come. Once we realize that one person’s struggle is our collective struggle, we will be able to move forward.

Payton Head is the student body president at the University of Missouri. He is a senior studying political science and international studies.