Why states, not Congress, are passing more gun laws

Frustrated by inaction at the federal level, many gun control advocates have turned to state legislatures after a string of recent high-profile shootings to push for action on gun violence. But in many parts of the country, efforts to pass new laws this year are running into the same partisan gridlock that has long stymied change at the federal level.

Thousands of students are expected to march on the U.S. capitol in Washington, D.C., on Saturday to protest gun violence in an event organizers are calling The March for Our Lives.

The march marks a “galvanizing moment” to push for gun control measures at both the federal and state level, said William Rosen, the deputy legal director at the advocacy group Everytown for Gun Safety.

But despite the attention the shootings have generated, Rosen and other gun control advocates acknowledged that their chances of success are higher at the state level than in Congress. Though lawmakers recently added some gun measures — including a fix to strengthen the current background check system — to the omnibus spending bill just signed by President Donald Trump, they have shied away from tackling broader reforms.

“Our Congress has been terribly derelict in its duty to keep this country safe from gun violence. At the same time, states can and have been solving these issues,” Rosen said.

The nationwide debate over gun laws was rekindled by the mass shooting at a country music concert in Las Vegas in October, which killed 59 people, along with the Sutherland Springs, Texas, church shooting in November, and an attack by a gunman at a high school in Parkland, Florida, last month that killed 17 people.

At the state level, the gun control debate is largely breaking down along party lines. Democrats have focused their efforts on banning bump stocks and high capacity magazines, raising the minimum age to buy a gun to 21, and “red flag” laws that allow police to temporarily confiscate firearms from people deemed to be a threat to others or themselves. Republicans have introduced legislation that would arm teachers and allow guns in school parking lots and in places of worship.

At the state level, the gun control debate is largely breaking down along party lines.

“It’s way too early to draw conclusions about how successful these laws are going to be,” he said. “But right now is very different because they are being considered in the first place.”

Florida is the most striking example of a state moving swiftly to enact major changes after the Parkland shooting. The state legislature passed a bipartisan bill that increased the minimum age to purchase a rifle to 21 and opened the door to allow school districts to decide whether they want to arm teachers.

Louisiana is also looking at a host of different proposals that would create a 10-day waiting period for buying a firearm, ban bump stocks and track ammunition sales, among other proposals.

Republican Ohio Gov. John Kasich has called for a package of gun control measures, including tighter background checks and a ban on armor-piercing ammunition. In Vermont, a reliably blue state that has some of the most permissive gun laws in the country, “red flag” bills, which allow judges to remove guns from the possession of people who pose a violent threat have separately passed both the state House and Senate.

And in a surprise move, South Dakota’s Republican Gov. Dennis Daugaard vetoed two bills last week that would have allowed people to carry concealed handguns into the state capitol and eliminated the need for concealed carry permits altogether, two measures supported by conservatives in the state’s House. 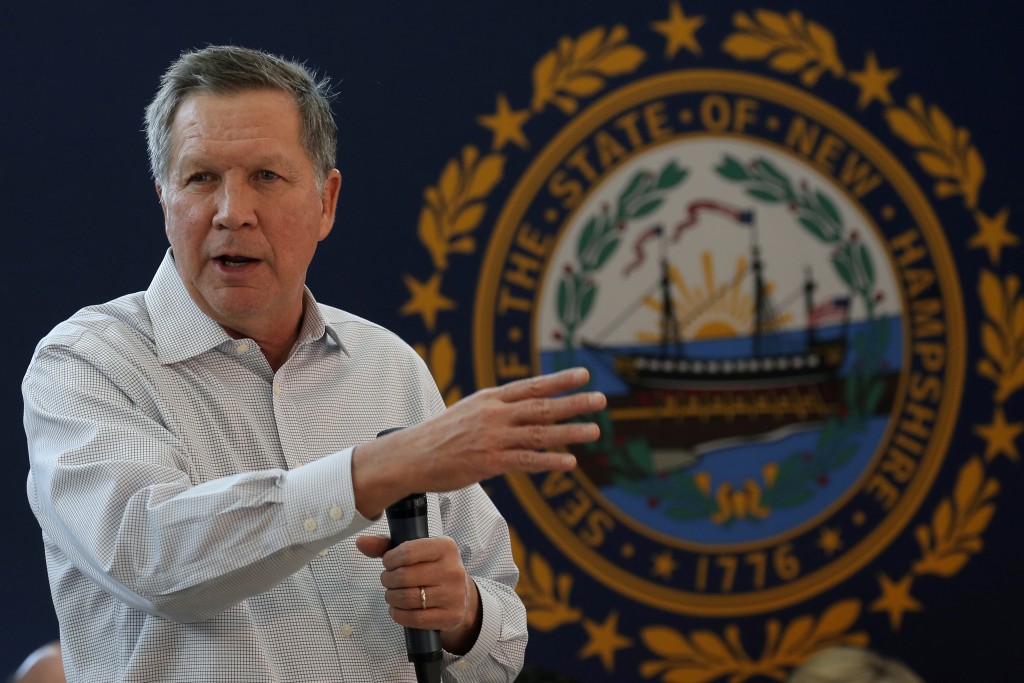 At the same time, gun rights advocates have also claimed some victories in more conservative states.

Idaho and Wyoming passed so-called “stand your ground” measures this year, although the governors in both states allowed the bills to become law without their signatures in a show of disapproval. Republican lawmakers have also successfully voted down a number of gun control proposals in Colorado, Kansas and Minnesota.

Siegel noted that lawmakers in some conservative states are weighing gun control legislation they would not have even considered in the past.

Overall, between 1991 and 2016, the number of gun laws in the U.S. increased by 57 percent, the State Firearm Law project group found. Most of those were enacted in Democratic-leaning states.

Minnesota, New York and Washington all more than doubled the number of firearm laws in their states over the 25-year period in the study, whereas Alabama, Missouri, South Carolina and several other Republican-leaning states repealed gun-related laws.

This year, efforts at the state level have been complicated by the fact that many legislatures have short spring sessions. Legislative sessions in Arkansas, Indiana, New Mexico and Utah adjourned without passing any major gun legislation. Some legislatures, including in Nevada and Texas, were not in session at all.

Given those limitations, “I don’t think you’re going to see any significant state gun control legislation this year,” said Michael Hammond, the legislative counsel for Gun Owners of America.

Hammond, who supports increased school security measures, acknowledged the polarization of gun laws across the country, particularly since the mass shooting at Sandy Hook Elementary School in Newtown, Connecticut in 2012.

But gun control advocates argued this moment is different. Groups like Everytown for Gun Safety and Moms Demand Action for Gun Sense in America have spent the five years since the Sandy Hook shooting working in public and behind the scenes, meeting with local lawmakers to gain their support, and running public awareness campaigns.

“We’re in a much better position than after Sandy Hook to pursue these opportunities,” said Robin Lloyd, the government affairs director for Giffords: Courage to Fight Gun Violence, an advocacy group launched by former Rep. Gabby Giffords of Arizona, who survived a mass shooting in 2011.

Lloyd said gun control advocates are looking for ways to maintain the momentum generated by students from Marjory Douglas High School in Parkland.

As both sides prepared for a day of protests across the country on Saturday, gun rights groups questioned how long the push would last.

“The simple fact is after a mass shooting, [gun control advocates] ride the emotions,” said Dudley Brown, the president of the National Association for Gun Rights. “They rely on a crisis to give them steam.”