Wildfires are spreading across Oklahoma. Here’s what you need to know

A series of wildfires have burned stretches of the Southwest this week. At least 28 wildfires were burning as of Wednesday morning, ABC News reported. The National Weather Service also issued “extremely critical” fire weather warnings earlier this week for parts of Kansas, Colorado, New Mexico, Oklahoma and Texas.

Some fires are expected to last into next week. Here’s what we know about the blazes.

How did this happen? 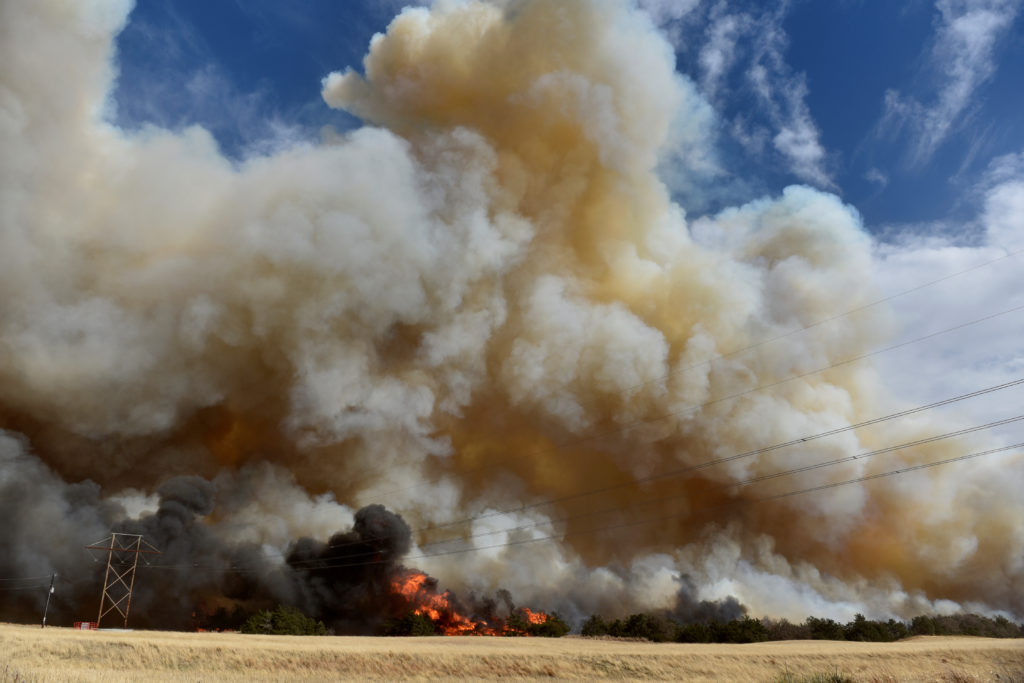 Two of the largest wildfires, known as the “34 Complex” and the “Rhea” megafire, began in western Oklahoma on Tuesday. The Oklahoma fires have been some of the most complicated to tackle because a harsh drought has made the fires burn at rapid speeds, according to the National Weather Service.

The Oklahoma fires have been some of the most complicated to tackle because a harsh drought has made the fires burn at rapid speeds.

A combination of strong winds, low humidity and warm temperatures can contribute to extreme fire behavior, according to the National Weather Service. Fires that develop in these conditions spread at rapid rates and can be difficult to control because it burns quickly through tall grass, red cedar and dry vegetation.

The Rhea megafire is currently the least contained and most aggressive of the two. The fire began under unknown causes on April 12 in Rhea, Oklahoma, and has spread through 283,095 acres with only 15 percent of the perimeter contained, according to the National Wildfire Coordinating Group. At least 214 personnel are on the scene.

As of Thursday, the 34 Complex has burned through 67,778 acres in Woodward County into Southwest Kansas, according to the National Weather Service. The fire is 45 percent contained. Officials with the Oklahoma Forestry Services have been monitoring the fires 24 hours a day with 138 total personnel. 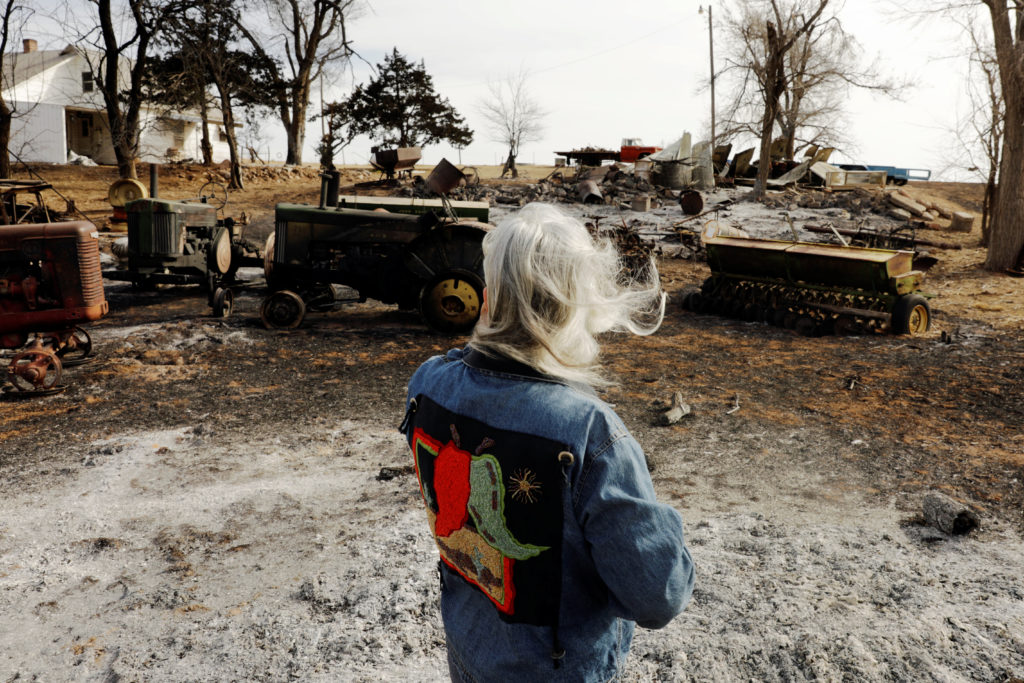 Two deaths have been reported as a result of the fires. The first victim, a woman, was found dead in her car near Dewey County, Oklahoma, on Tuesday. A second victim, Jack Osben, 61, died Thursday from injuries he suffered in a fire, Emergency Management spokeswoman Keli Cain told The Oklahoman.

At least 9 people have been injured.

The Associated Press reported that hundreds of people have been forced to evacuate their homes.

Two deaths have been reported as a result of the fires. At least 9 people have been injured.

Officials told media outlets that Dewey County in Oklahoma has seen some of the worst damage so far, with 50 homes across five communities destroyed. Several other buildings including farms have also been destroyed.

There were 16 “billion-dollar” disasters in 2017, the most expensive year for climate disasters on record, according to federal data. The total impact of these fires is still unknown.

Though Oklahoma has faced dry weather conditions in the past, the state is facing a severe drought. According to the National Drought Mitigation Center, more than 700,000 Oklahomans are being impacted by the drought. Dry conditions are especially conducive to wildfires and can impact how long lasting and dangerous they are. The wildfires are also more dangerous based on the types of trees they burn through.

“There are patches of red cedar that are encroaching, and have encroached, into the grass areas and prairie areas that are currently burning,” Rodney Will, a natural resources professor at Oklahoma State University, told BuzzFeed News. “They will burn hotter and longer than the grasses would.”

What’s next?
Officials are hoping to contain the 34 Complex fire by Friday and the Rhea megafire by this Monday.

U.S. Forest Service spokesman John Nichols told the Associated Press that they anticipate rain on Thursday night that may aid with containing the fire, however, fire warnings are still in effect in some affected states, according to the National Weather Service.