‘We will be with you,’ pledges Pence to hurricane-smacked U.S. Virgin Islands

Air Force Two flew over homes stripped of their roofs, toppled trees and debris strewn in yards as it arrived on St. Croix, where the vice president attended a briefing on recovery efforts at an Army National Guard hangar before visiting a church to meet with people affected by the storm. President Donald Trump had hoped to visit earlier in the week, but the White House said difficult logistics in the aftermath of the storm prevented his trip.

Visiting with locals at a church, Pence invited his wife, Karen, the family “prayer captain,” to lead the congregation in prayer. She cited a reading from Colossians that spoke to the island’s resilience.

As for Maria, Sanchez said: “It was a whipping that we received. It is something that people are never going to forget, like Katrina.”

Kenneth E. Mapp, the governor of the U.S. Virgin Islands, said the federal government had hurricane response efforts “down to a science.”

“There is no country that responds to disasters like the United States of America,” he said, adding that the island was making progress in its recovery from Hurricane Maria and expected schools to reopen on Tuesday.

The vice president was traveling to San Juan, Puerto Rico, later in the day. The trip comes days after Trump visited Puerto Rico and praised relief efforts without mentioning the criticism that the federal response has drawn. 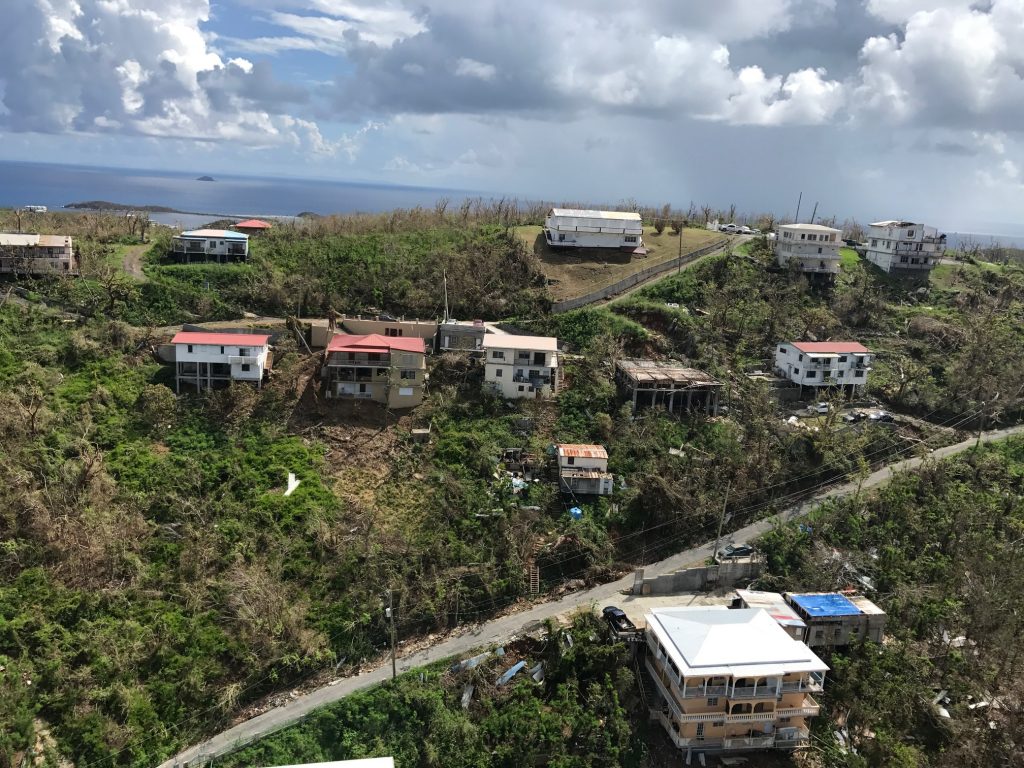 Vice President Pence toured the damage of all three islands, with the worst damage on St. John. Photo via Pence travel pool

Left: Vice President Mike Pence met with hurricane victims and the governor of the territory in St. Croix. Photo via Pence travel pool