FBI said Friday there were several pieces of evidence that prompted the agency to officially investigate the San Bernardino, California, mass shooting as an “act of terrorism.”

The shooters crushed their cell phones and attempted to destroy their digital fingerprints, said David Bowdich, assistant director of the FBI’s Los Angeles division, adding that authorities continue to investigate “these horrific acts.”

One of the two shooters accused of fatally shooting 14 people at a holiday party San Bernardino, California, on Wednesday posted online messages that pledged allegiance to the Islamic State group, a U.S. law enforcement offical told the Associated Press.

READ MORE: Everything we know about the San Bernardino shooting

Tashfeen Malik, 27, used an alias on Facebook to show support for the extremist group’s leader, but deleted the message before Wednesday’s attack. A separate anonymous U.S. official told the AP that it appeared there was no indication that ISIS made contact with her. More specific details of Malik’s appeals to ISIS were not immediately given.

Although officials, including President Barack Obama, have shied away from labeling the San Bernardino mass shooting a terrorist attack, these developments are the first significant details to understanding why Malik and her husband, Syed Rizwan Farook, 28, allegedly opened fire in a room of his county co-workers at the Inland Regional Center.

Following the aftermath of the shooting, San Bernardino Police Chief Jarrod Burguan told reporters there was “some degree of planning.” Not long after, police found a dozen pipe bombs, more than 4,500 rounds of ammunition and hundreds of bomb-making tools in the garage of a California home rented by the couple. 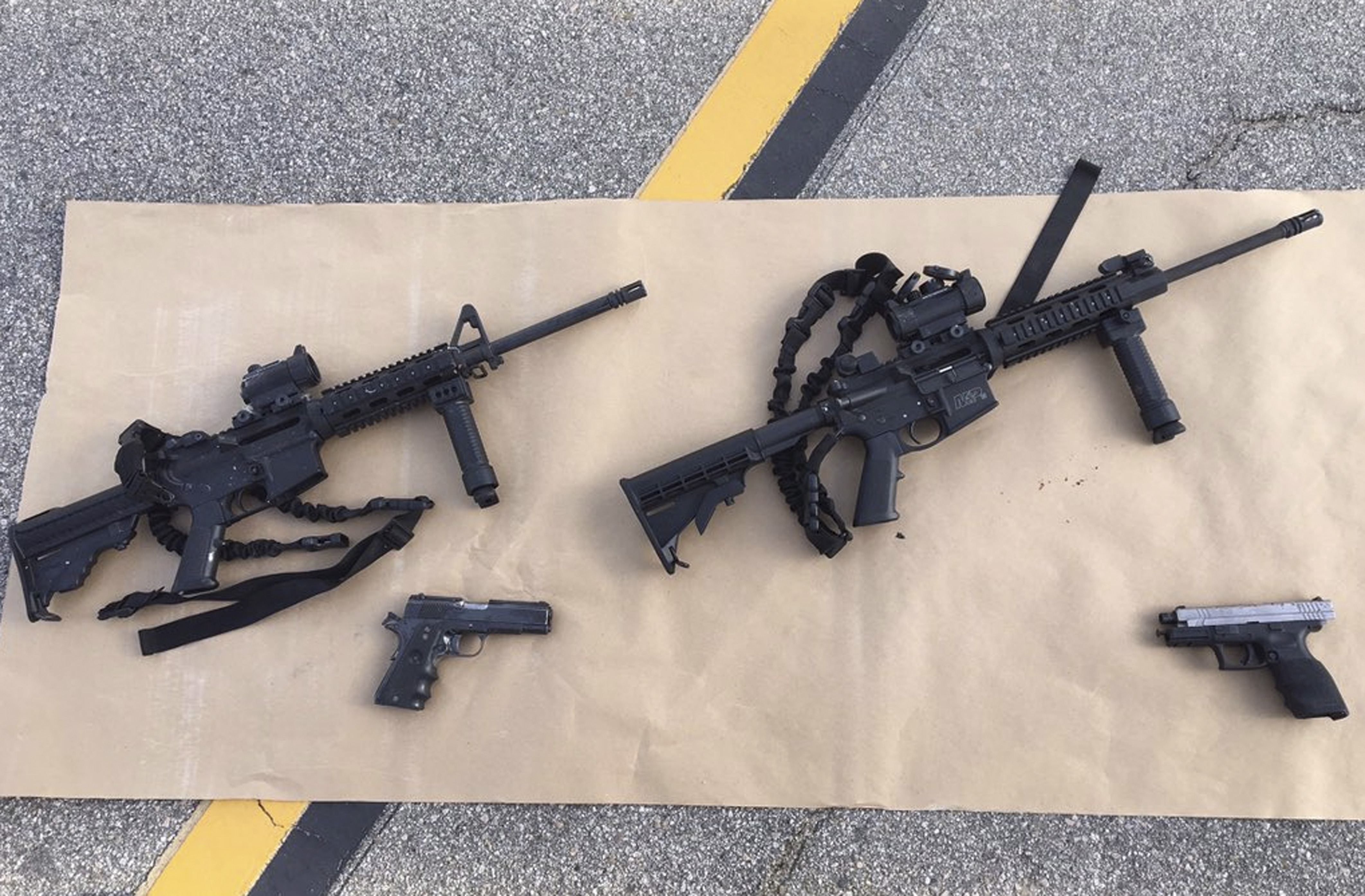 Farook, who had no criminal record, was born in Illinois and raised in Southern California. He worked for the county’s health department for five years as an environmental inspector. Bowdich said Malik, a Pakistani, entered the U.S. on a fiancee visa in 2014. They would later marry and have a daughter, who is now 6 months old, who they dropped off with Farook’s mother on the morning of the attack.

Police also detonated three bombs that were attached to a remote control car that didn’t set off. Police found the device in a bag at the scene.

Authorities said they had assault rifles and semi-automatic handguns, and were dressed in “assault-style clothing” when they entered the center. The suspects fired between 65 and 75 rounds and fled in a dark-colored SUV. A car chase ensued that ended when the suspects exchanging gunfire with police. Farook and Malik were killed, and two officers sustained non-life-threatening injuries during the confrontation.

PBS NewsHour will live stream updates in our live stream player above. And of course you can watch the PBS NewsHour at 6 p.m. EST in the same player. We always announce when we will air a live stream via our Twitter account, @NewsHour.