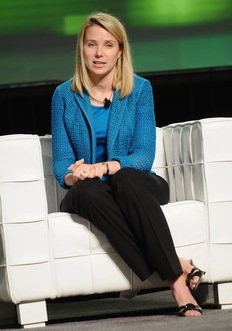 Yahoo! has a new leader. Again.

Marissa Mayer has been tapped to be the company’s next CEO, the fifth person to take the helm of the Internet giant in five years. A longtime Google executive, Mayer had been responsible for some of the site’s most popular features, including “the famously unadorned white search homepage, Gmail, Google News, Google Images” and Google Maps, according to a New York Times report.

“I am honored and delighted to lead Yahoo, one of the internet’s premier destinations for more than 700 million users,” Mayer said in a statement, according to the Wall Street Journal.

“I look forward to working with the Company’s dedicated employees to bring innovative products, content, and personalized experiences to users and advertisers all around the world.”

The appointment of Ms. Mayer, who was employee No. 20 at Google and was one of the few public faces of the company, is considered a surprising coup for Yahoo!, which has struggled in recent years to attract top flight talent in its battle with competitors like Google and Facebook.

On Monday, the NewsHour — with Brian Stelter of The New York Times and Tom Rosenstiel of the Pew Research Center’s Project for Excellence in Journalism — looks at how traditional media outlets like ABC are teaming up with Silicon Valley companies like Yahoo.

The Pew Center recently released a report on the role of YouTube as a source for news videos.