10 key lawmakers to watch in the new Congress

After two years in the political wilderness, House Democrats are back in charge. The party picked up 30 seats (and will likely add to that total, once winners are declared in several still too-close-to-call races), guaranteeing the House will look different come January.

Democrats have promised to ramp up congressional oversight of the Trump administration, a responsibility that Rep. Adam Schiff, D-Calif., claims House Republicans “abdicated” while in the majority. Schiff, who will lead the House Intelligence Committee, will likely become one of the biggest thorns in President Donald Trump’s side.

Already, leading Democrats have pledged to force the release of Trump’s tax returns, revive the House investigations into Russian election meddling, investigate the Department of Homeland Security’s role in the family separation policy, and look into potential bribery between foreign governments and the Trump Organization.

Three moderate Democrats lost their seats to reliable conservatives, all but ensuring a Trumpier Republican Senate majority than the current one.

The midterms also changed the makeup of the Senate. Two of Trump’s most vocal GOP critics — Tennessee Sen. Bob Corker and Arizona Sen. Jeff Flake — are retiring. Corker will be replaced by Rep. Marsha Blackburn, R-Tenn., a strong Trump supporter. The votes are still being tallied in Arizona, but Flake could be replaced by Democratic Rep. Kyrsten Sinema, who has jumped out to a narrow lead over Republican Rep. Martha McSally.

Additionally, three moderate Democrats lost their seats to reliable conservatives, all but ensuring a Trumpier Republican Senate majority than the current one. Then again, Mitt Romney, now the freshman senator from Utah, could emerge as a moderate counterpoint to the pro-Trump wing of the Senate.

With so many changes and so much up in the air, we put together a guide of key House and Senate lawmakers to watch in the 116th Congress. Some, like Pelosi and Romney, are already household names. Others could join them soon. 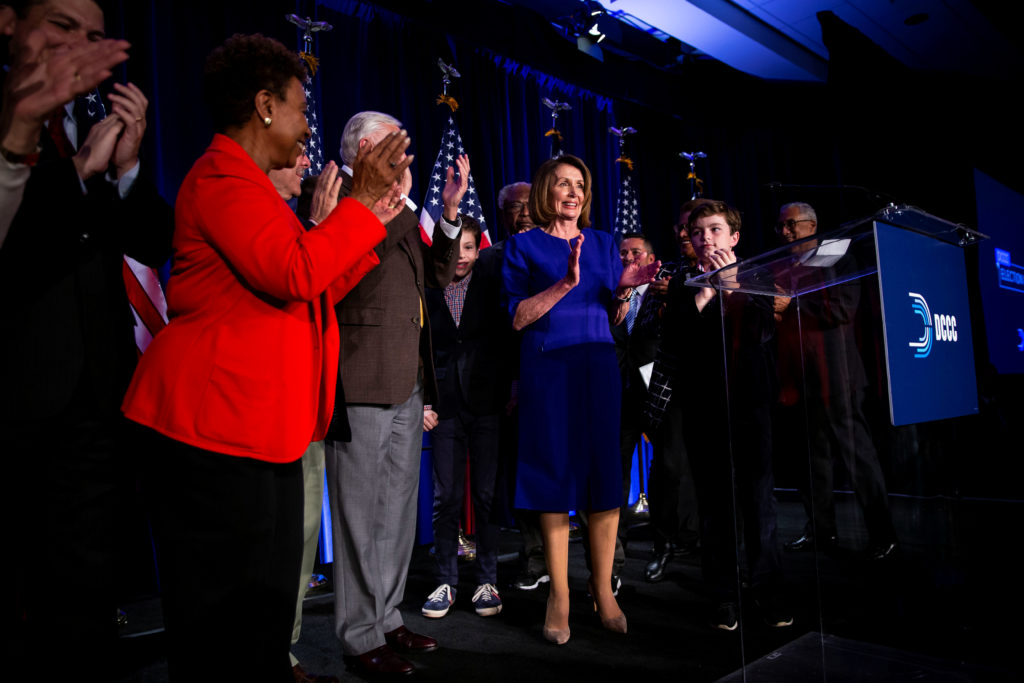 Pelosi could become just the second lawmaker to be elected to a second, non-consecutive term as House speaker. It’s not a done deal. Dozens of new Democratic candidates promised they would not support her candidacy, and younger incumbents like Rep. Seth Moulton D-Mass., has called for new leadership. But Rep. Tim Ryan, D-Ohio, who challenged Pelosi for the Minority Leader role in 2016, has said he will not run for speaker this time, and there is no clear alternative to Pelosi. In an interview with the Los Angeles Times before the midterm elections, Pelosi described herself as a “transitional leader” and that she was aware of criticisms from younger members. Since Election Day, however she has signaled confidence that she’ll return as speaker. At a Wednesday news conference, Pelosi touted her ability to hold the caucus together, telling reporters, “I think I am the best person to go forward to unify and negotiate.” If Pelosi beats back a challenge and wins the speakership, she’ll rule over a younger, more diverse caucus that’s divided over how aggressively to go after Trump.

The House Intelligence Committee’s investigation into potential coordination between Russia and the Trump campaign was supposed to be bipartisan, but it quickly broke down along party lines. There were frequent clashes between current chairman Devin Nunes and Democratic Rep. Adam Schiff, the ranking member, who made clear his support for a tougher investigation, including issuing subpoenas to Trump associates, from former communications director Hope Hicks to Donald Trump Jr. Now that he is set to replace Nunes, Schiff says the committee under his control will actively pursue a number of leads that may fall outside the purview of special counsel Robert Mueller’s investigation, including potential Russian money laundering through the Trump Organization

Through the end of September, the Republican-led House Oversight and Government Reform Committee had blocked 64 subpoenas requested by Democrats on the committee. That dynamic will change once Cummings, the current ranking member, takes charge of a committee with the broadest oversight jurisdiction of any House panel. In recent years, the committee’s chairs have used the position to gain national prominence while hounding presidents from the opposing party. In 2014 alone, then-chairman Rep. Darrell Issa, R-Calif., sent the Obama administration over 100 subpoenas. Whether Cummings takes a similar approach in 2019 remains to be seen. But the Cummings-led committee is expected to investigate Cabinet secretaries like Interior Secretary Ryan Zinke and Commerce Secretary Wilbur Ross who are already embroiled in scandals, among other issues. 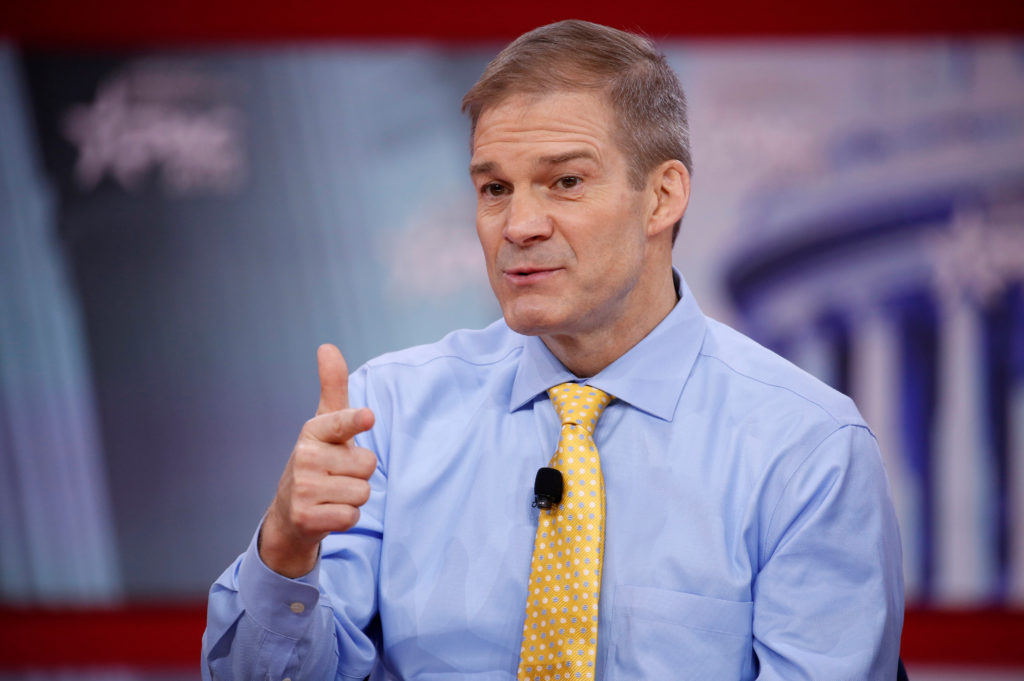 The firebrand conservative and House Freedom Caucus leader had planned to run for speaker if Republicans maintained control of the House. Instead, Jordan announced he’ll run against House Majority Leader Kevin McCarthy, R-Calif., for the post of minority leader. Jordan is also vying to be the ranking member on the House Oversight panel — another leadership role that would bolster his position as a high-profile defender of the Trump administration. Jordan is a longtime Trump ally and skeptic of the Russia investigation, and Deputy Attorney General Rod Rosenstein’s role in it. He has also repeatedly bashed the FBI for its handling of the investigation, claiming bias in favor of Democrats.

The New York City congressman and Trump are old opponents, having waged bitter fights years before the president’s foray into politics. Now, that history could take a nastier turn — with much higher stakes than their past clashes over residential real estate development on the Upper West Side of Manhattan. Nadler is poised to lead the House Judiciary Committee, where a potential impeachment battle would begin. It wouldn’t be Nadler’s first experience with impeachment hearings; in 1998 he was one of President Bill Clinton’s most vocal supporters in the House, arguing that Clinton did not commit an impeachable offense. Nadler would be a prominent face of the Democratic impeachment effort this time around — though he’s signaled this fall he isn’t sure the party should go down that road. As Judiciary Committee chair, Nadler will have broad power regardless of what happens on the impeachment front: he’ll play a leading role in any debates over immigration policy, and could conduct oversight for the Department of Justice.

On election night, Bustos cemented her place as the House Democrats’ heartland whisperer by easily winning her rural Illinois seat. The victory built on her win in 2016 — a year when many Democrats were wiped out in similar “Trump country” districts. Her star power has risen since 2016, and this year she had a hand in helping flip a number of Midwestern House seats. Already a member of House Democratic leadership, she’s now running for a higher leadership position. 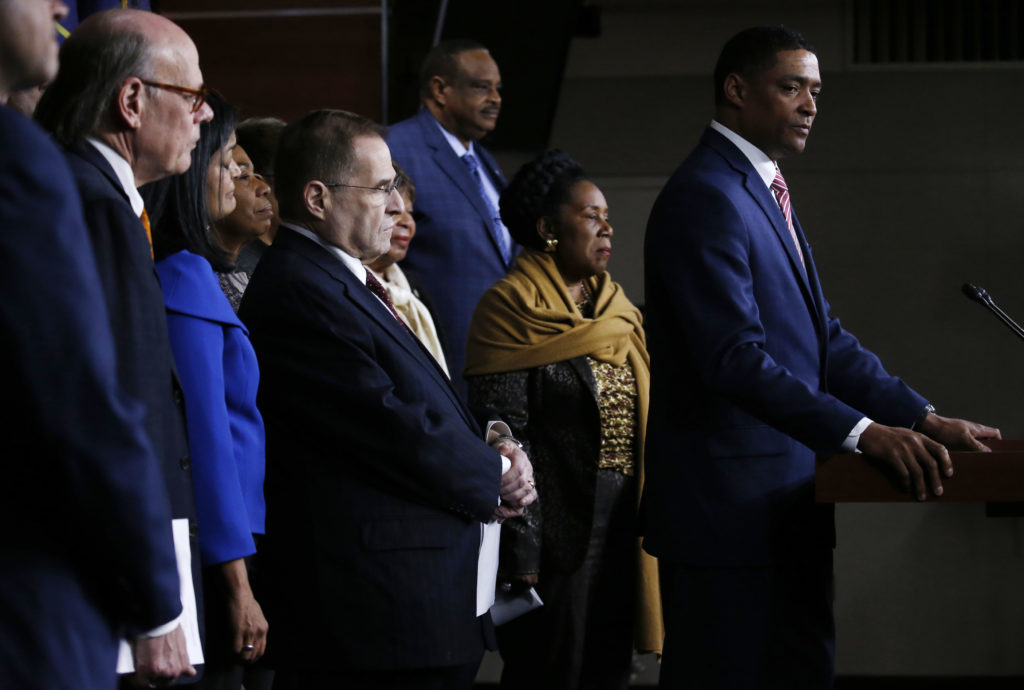 As chairman of the Congressional Black Caucus Chairman, Rep. Cedric Richmond, D-La., (left), will be a key voice in the House Democratic caucus. File photo by Leah Millis/Reuters

The Congressional Black Caucus, chaired by Richmond, gained new members in the 2018 midterms, including Jahana Hayes, who will be the first black congresswoman from Connecticut, and Ayanna Pressley, who will be the first black congresswoman from Massachusetts. As the CBC grows in power, it could help shake up the House Democratic leadership team — and Richmond would be at the center of any such clash. Even before the elections, the Louisiana congressman reportedly insisted that either the incoming House speaker or majority leader be African-American. The current No. 3 House Democrat, Rep. Jim Clyburn of South Carolina, could move up if he takes on the current No. 2 House Democrat, Rep. Steny Hoyer of Maryland, for the majority leader position. It’s unclear if Hoyer would have the votes without support from CBC members. Beyond the leadership fight, Richmond is poised to become a critical voice on other important intra-party decisions in an increasingly diverse conference.

Romney will replace retiring Republican Sen. Orrin Hatch, who became one of Trump’s closest allies in the Senate. While Republicans will get a reliable vote from Romney, it’s unlikely he’ll replicate Hatch’s warm relationship with the president. Romney was an outspoken critic of candidate Trump in 2016, and has promised to be a moderate voice among Senate Republicans. The 2012 Republican presidential nominee will likely stick out in the incoming freshman class of GOP senators for other reasons as well. He has more experience in government and politics than younger members of his freshman class, like Republican Josh Hawley, the winner of the Missouri Senate race. Romney will also be the first person since Sam Houston in 1846 to have served as the governor of one state (Massachusetts, in Romney’s case), and a senator from another state.

The incoming senator from Tennessee is replacing a more moderate Republican and vocal Trump critic, in Sen. Bob Corker. Blackburn, who was endorsed by Trump in 2018, will bring her outspoken conservatism to the upper chamber after serving in the House for eight terms. Notably, she was one of only a small handful of GOP women to win House or Senate seats in the midterms. Expect Blackburn to be involved on issues like immigration. She could also become the lone Republican woman on the Senate Judiciary Committee.

A one-time presidential opponent and critic of Trump’s, in recent months the South Carolina Republican’s relationship with the president has reached new heights. They’re frequent golfing buddies, and Graham’s star power has only risen since his outburst at Democrats at the Kavanaugh confirmation hearings. Though always a conservative, Graham’s sharp turn toward embracing the White House stands in contrast to his usual independence. In the Senate, Graham is known, even commended by Democrats, for his bipartisan overtures on issues like immigration, foreign policy, and even judicial nominees — he voted to confirm both Justice Sonia Sotomayor and Justice Elena Kagan. Some have attributed the change to his upcoming re-election bid in 2020 — in 2014 he faced a handful of tea party challengers — or even rumors that he hopes Trump chooses him for attorney general after Jeff Sessions’ ouster.

Left: Rep. Adam Schiff, D-Calif., will take over as chairman of the House Intelligence Committee in the new Congress. Schiff is one of several lawmakers poised to have a big impact in Washington over the next two years. File photo by Joshua Roberts/Reuters