House Democrats are flexing their new investigative power by launching a range of inquiries and investigations surrounding President Donald Trump. Though Special Counsel Robert Mueller may be nearing a final report, these congressional probes signal that scrutiny of Trump’s business ties, policies and presidential campaign is far from over.

To sort out the complex threads, here’s a list of 10 major issues House Democrats are eyeing:

Former Trump attorney Michael Cohen told the House Oversight Committee last week, that Trump funded a $130,000 payment to silence Stephanie Clifford, also known by her adult film name “Stormy Daniels,” about her alleged affair with Trump. Those payments, coming shortly before the election, could constitute an undisclosed and therefore illegal campaign donation on Trump’s part. Democrats on the House Intelligence, Oversight and Financial Services Committees have pledged to investigate further.

The House Intelligence Committee has reopened and expanded the committee’s investigation into Russian interference in the 2016 election and possible collusion with the Trump campaign. (The probe was started in 2017 and formally ended last year after its then-Republican leadership concluded there was no collusion between Russia and the Trump campaign). They plan to speak with Felix Sater this week. Reminder: He’s the Russian-born business partner with mafia ties who was involved in the plan to build a Trump Tower in Moscow. The panel also spoke to Michael Cohen behind closed doors last week.

This investigation across multiple committees is focused on the Trump administration’s “zero tolerance” policy and the separation of children from their families at the border last year. The Oversight Committee just subpoenaed Homeland Security Secretary Kirstjen Nielsen, Attorney General William Barr, and Health and Human Services Secretary Alex Azar.

On Monday, the House Judiciary Committee, chaired by Rep. Jerry Nadler, D-N.Y., began investigating Trump’s possible obstruction of justice into the Mueller probe — including the firing of FBI director James Comey in May 2017 — by asking for documents from more than 80 Trump-related officials and entities, including the president’s oldest son, Donald Trump Jr.

Following a report that Trump ordered the approval of security clearances for his son-in-law Jared Kushner despite opposition from intelligence officials, House Oversight and Reform Committee Chairman Elijah Cummings, D-Md., is asking the White House for documents and has launched an investigation about clearance procedures overall. 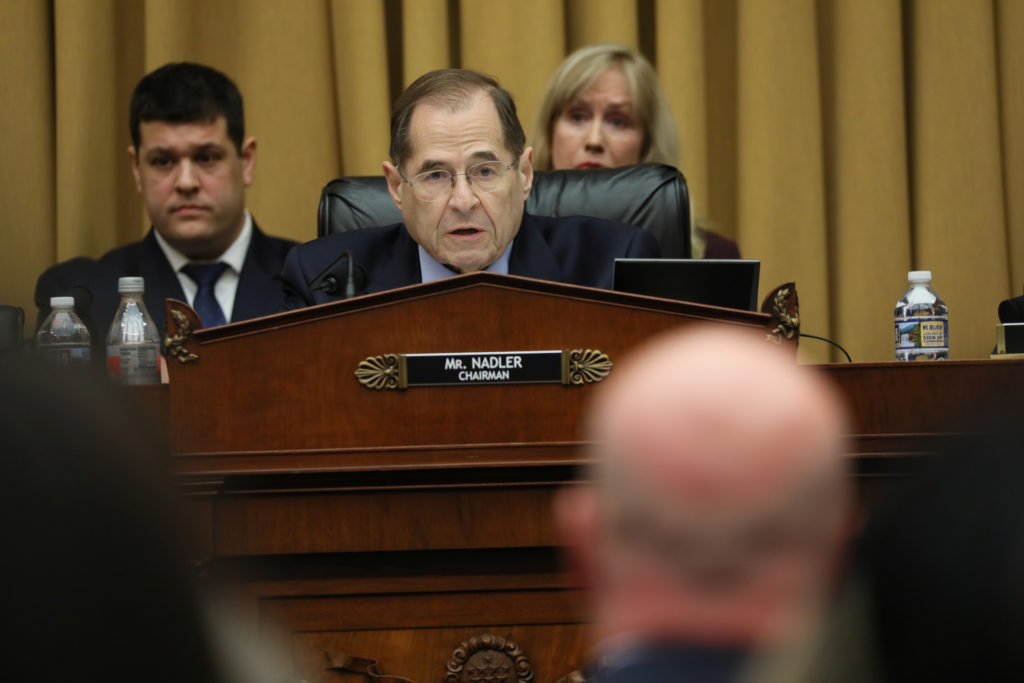 House Judiciary Committee Chairman Jerrold Nadler, D-N.Y., sent a large documents request to the White House that signaled how broad the investigations could be. Photo by Jonathan Ernst/Reuters

The 35-day government shutdown that ended last month — the longest in history — has prompted several hearings, including a planned Oversight Committee hearing on how the shutdown affected on the Coast Guard, and a House Natural Resources Committee hearing on Indian Country and damage to public lands, as well as investigations into delayed back pay for government employees and contractors.

House Ways and Means Chairman Richard Neal, D-Mass., announced after November’s election that his committee would seek access to Trump’s tax returns under an obscure, rarely invoked statute. Neal held a hearing last month examining the legal options to obtain the files. This could get locked in a court battle between Congress and the president.

The broad inquiry into the president’s business, the Trump Organization, includes an investigation by the House Oversight Committee into the Trump International Hotel in Washington, D.C., and whether revenue from foreign governments at the property violates the Constitution’s emoluments clause. The House Financial Services Committee, meanwhile, is looking into possible money laundering or mismanagement of charitable funds. Chairwoman Maxine Waters, D-Calif., is working with Deutsche Bank, one of the banks that loaned the Trump Organization money.

A number of senior Trump administration officials have resigned amid scrutiny over their ethics, including former EPA administrator Scott Pruitt, Health and Human Services Secretary Tom Price and Interior Secretary Ryan Zinke. The House Oversight Committee is still conducting inquiries into the spending and travel of a number of administration officials, including the president’s expenses at his Mar-a-Lago property in Palm Beach, Florida.

The Trump administration’s attempt to add a citizenship question to the 2020 census has come under scrutiny in the courts and in Congress. The House Oversight Committee will speak to Commerce Secretary Wilbur Ross next week as part of its probe.