Here are the 14 candidates under consideration for FBI director

WASHINGTON — These are the candidates under consideration to replace fired FBI Director James Comey:

Cornyn is the No. 2 Senate Republican and a former Texas attorney general and state Supreme Court justice. He has been a member of the Senate GOP leadership team for a decade and serves on the Senate Judiciary Committee. In the aftermath of Comey’s dismissal, Cornyn said Trump was “within his authority” to fire him and said it would not affect the investigation of possible Russian ties to Trump’s presidential campaign. 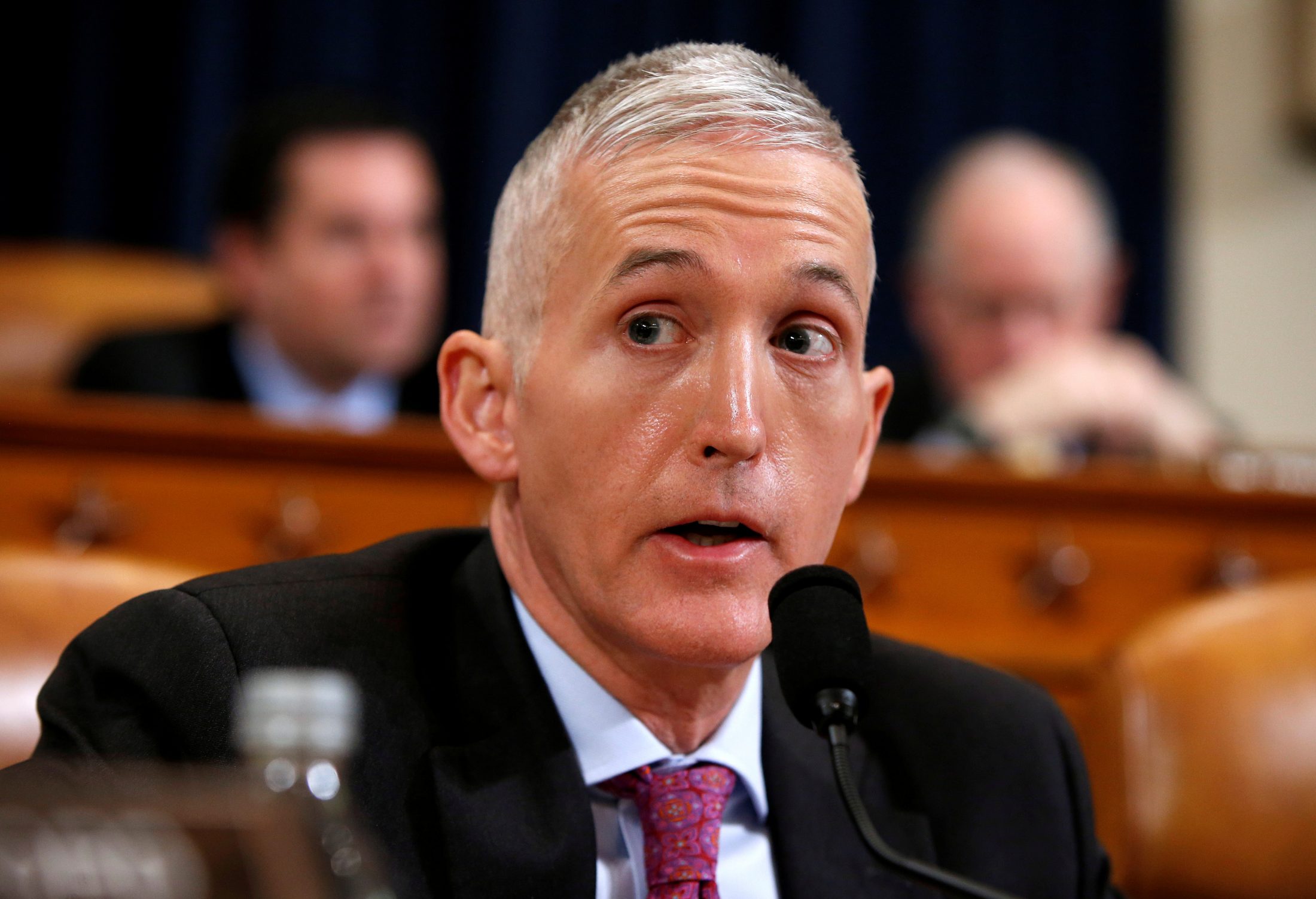 The South Carolina Republican is best known for leading the congressional inquiry into the deadly attacks on a U.S. facility in Benghazi, Libya, a panel that oversaw a lengthy grilling of Hillary Clinton in 2015. A former federal prosecutor and state attorney, Gowdy was elected to Congress in the 2010 tea party wave and has focused on law enforcement issues. He originally endorsed Florida Sen. Marco Rubio for president before backing Trump in May 2016. 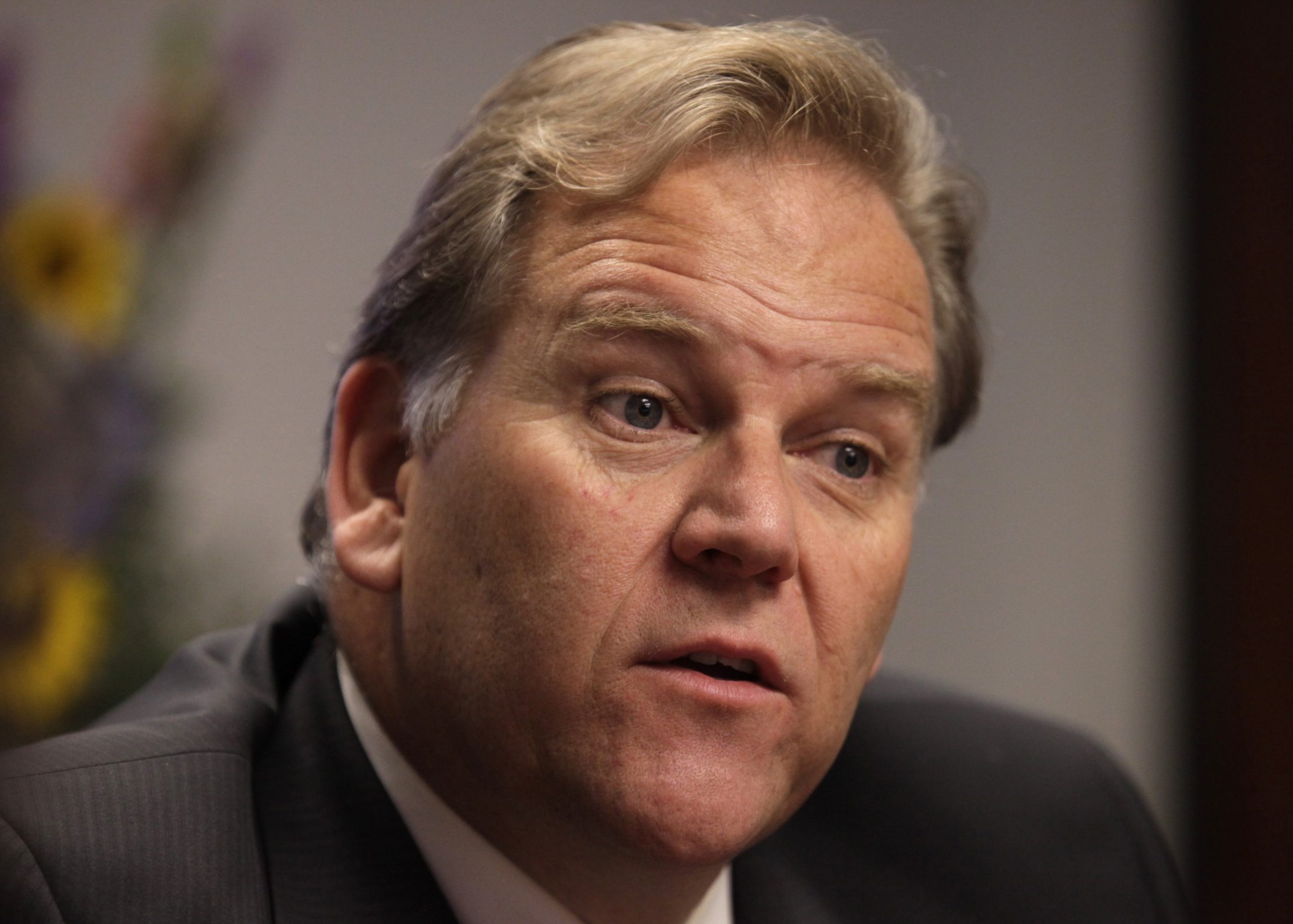 Rogers is the former chairman of the House Intelligence Committee. He served Michigan in Congress for more than a decade before stepping down in 2015. Rogers worked for the FBI as a special agent based in Chicago in the 1990s and briefly advised Trump’s transition team on national security issues. His name was floated as a possible replacement for then-FBI Director Robert Mueller in 2013, and he received support from an association of FBI agents before President Barack Obama chose Comey.

Kelly was commissioner of the New York City Police Department for more than a decade, serving two mayors. In the aftermath of the 9/11 attacks, he created the first counterterrorism bureau of any municipal police department and oversaw a drastic reduction in crime. But Kelly also came under fire for his use of aggressive police tactics, including a program that spied on Muslims and a dramatic spike in the use of stop-and-frisk, which disproportionately affected nonwhite New Yorkers.

Luttig, the general counsel for Boeing Corp., is viewed as a conservative legal powerhouse from his tenure as a judge on the 4th Circuit U.S. Court of Appeals and his time as a Justice Department lawyer. He was considered for two U.S. Supreme Court vacancies that went to Chief Justice John Roberts and Justice Samuel Alito. Luttig clashed with the George W. Bush White House on a prominent terror case, rebuking the administration for its actions in the case involving “enemy combatant” Jose Padilla.

A deputy attorney general under President George W. Bush, Thompson served as the department’s No. 2 from 2001 to 2003. Among his most high-profile actions was allowing Syrian-born Canadian citizen Maher Arar to be deported to Syria, where he was tortured, after being falsely named as a terrorist. Thompson also served as U.S. attorney for the Northern District of Georgia and held several high-level positions at PepsiCo.

Abbate is a senior official at the FBI, currently responsible for the bureau’s criminal and cyber branch. He previously led FBI field offices in Washington, one of the agency’s largest, and in Detroit. He’s been deeply involved for years in FBI efforts to fight terrorism, serving in supervisory roles in Iraq and Afghanistan and later overseeing FBI international terrorism investigations as a section chief. He’s been with the FBI for more than 20 years, and is one of the FBI officials who interviewed this week for the role of interim director.

Currently a partner at the law firm Latham & Watkins specializing in white-collar criminal and internal investigations, Fisher formerly served as assistant attorney general for the Criminal Division of the Justice Department. Fisher faced resistance from Democrats during her confirmation over her alleged participation in discussions about policies at the detention facility in Guantanamo Bay, Cuba. She also served as deputy special counsel to the Senate special committee that investigated President Bill Clinton’s Whitewater scandal. If selected, she would be the bureau’s first female director.

A Duke-educated lawyer, McCabe was named last year as the FBI’s deputy director, the No. 2 position in the bureau, overseeing significant investigations and operations. Since joining the FBI more than 20 years ago, he’s held multiple leadership positions, including overseeing the FBI’s national security branch and its Washington field office. McCabe became acting director after Comey was fired, but has shown a repeated willingness to break from White House explanations of the ouster and its characterizations of the Russia investigation.

A former New York prosecutor, Garcia has served as an associate judge on the New York Court of Appeals — the state’s highest court — since early 2016. He served as the U.S. attorney in Manhattan from 2005 to 2008, and previously held high-level positions in the Commerce Department, the Justice Department and the Department of Homeland Security.

A former U.S. attorney and Colorado attorney general, Suthers was elected mayor of Colorado Springs in 2015. He is widely respected among state law enforcement and many Colorado Democrats. Suthers was inspired to become a prosecutor after he spent part of an internship in the Colorado Springs district attorney’s office watching the trial of a gang of soldiers convicted of killing various citizens, including actor Kelsey Grammer’s sister, during a crime spree in the 1970s.

Lee, a longtime agent, is special agent in charge of the FBI’s Richmond office. He worked in a variety of positions within the bureau. Before Comey tapped him to lead the Richmond office in 2014, he was section chief of the Public Corruption and Civil Rights Section, investigating some of the highest profile cases against government officials and civil rights violations in recent years. He also led the FBI’s global Foreign Corrupt Practices Act and Antitrust Programs.

Hudson is a federal judge in Richmond who earned praise from conservatives when he struck down the centerpiece of the Obama administration’s health care law in 2010. He is a George W. Bush appointee who earned the nickname “Hang ‘Em High Henry” for his tough-on-crime stand as a federal prosecutor and on the bench. He became a hero to animal rights activists when he sentenced NFL star Michael Vick to nearly two years in prison in 2007 for running a dogfighting ring.

Townsend was homeland security and counterterrorism adviser to President George W. Bush after a series of high-profile Justice Department jobs.

Among other roles, Townsend is a national security analyst for CBS News. She worked as a federal prosecutor in New York under then-U.S. Attorney Rudy Giuliani, focusing on white-collar and organized crime. At the Justice Department, she worked in a variety of jobs including leading the Office of Intelligence Policy and Review, which helped oversee intelligence-gathering activities related to the nation’s top secret surveillance court.

Associated Press writers Sadie Gurman and Eric Tucker in Washington and Nick Riccardi in Denver contributed to this report.