Republicans insist their final tax plan is focused on the middle class. Democrats charge it is a lopsided giveaway to the rich. At last, we have some data to help.

The Joint Committee on Taxation has released its final estimate of how the bill will affect different income groups at different points over the next several years. We’ve charted it, and noticed some rather clear distinctions.

How to read the charts: For each income group, a different colored bar represents the percentage of people in that income range who would see tax cuts, tax hikes or stay neutral. Green bars indicate a tax cut, with dark green indicating a larger tax cut (above $500). Red indicates a tax increase, with the deeper shade indicating a hike greater than $500. The grey inbetween shows the percentage of taxpayers that will see a relatively neutral effect (less than $100 either way). 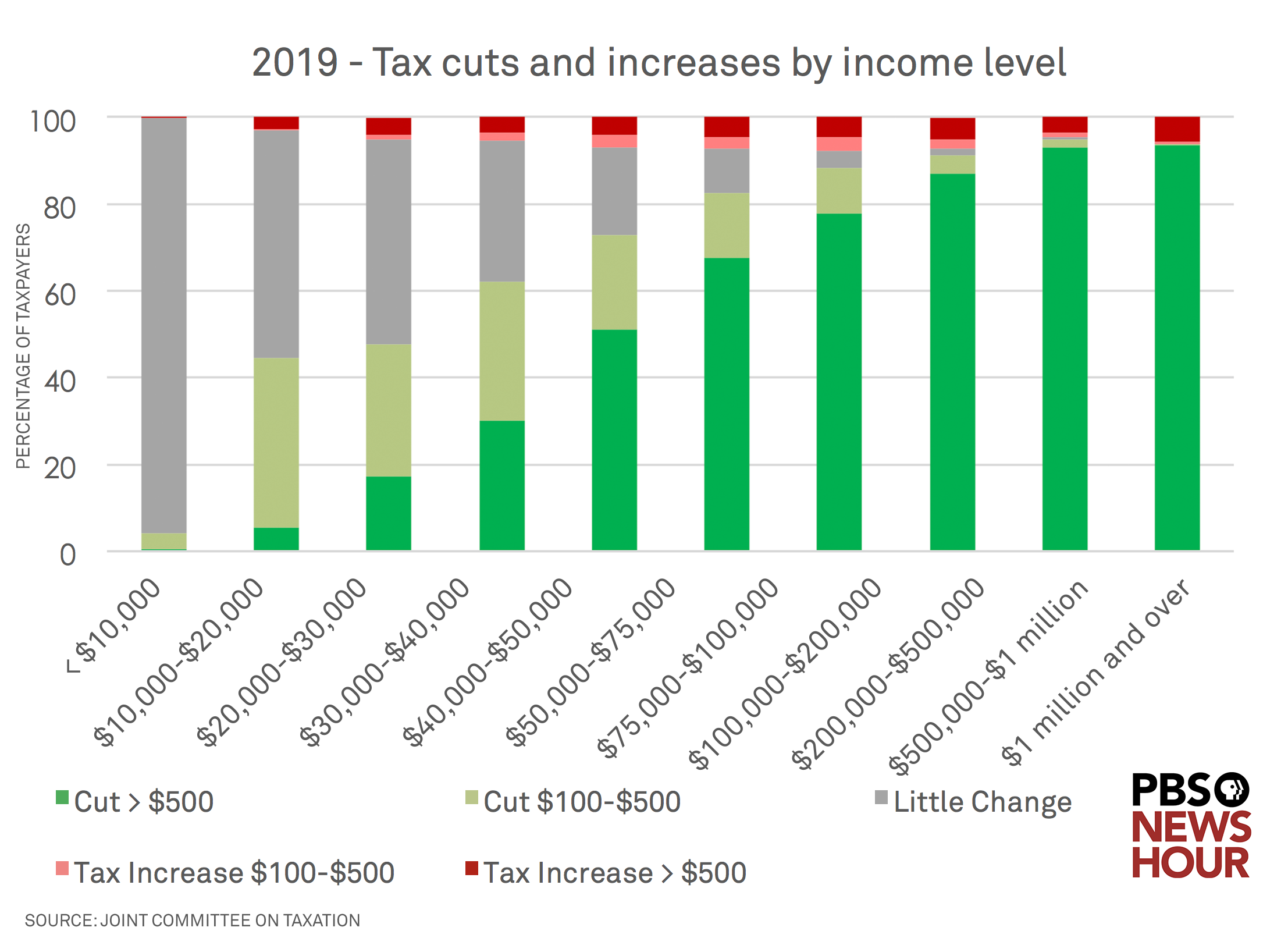 The wealthier the group, the more people see a tax cut. Among those receiving cuts, wealthier Americans see a larger break. (That is not surprising, given that the wealthy’s tax bills are higher to begin with, soany cut will be nominally larger than for those in lower brackets). The lowest income group, earning less than $10,000, sees nearly no tax cut, though that’s largely because they have low or non-existent tax bills. Middle income groups see some tax cuts, though they’re largely less than $500 per household. 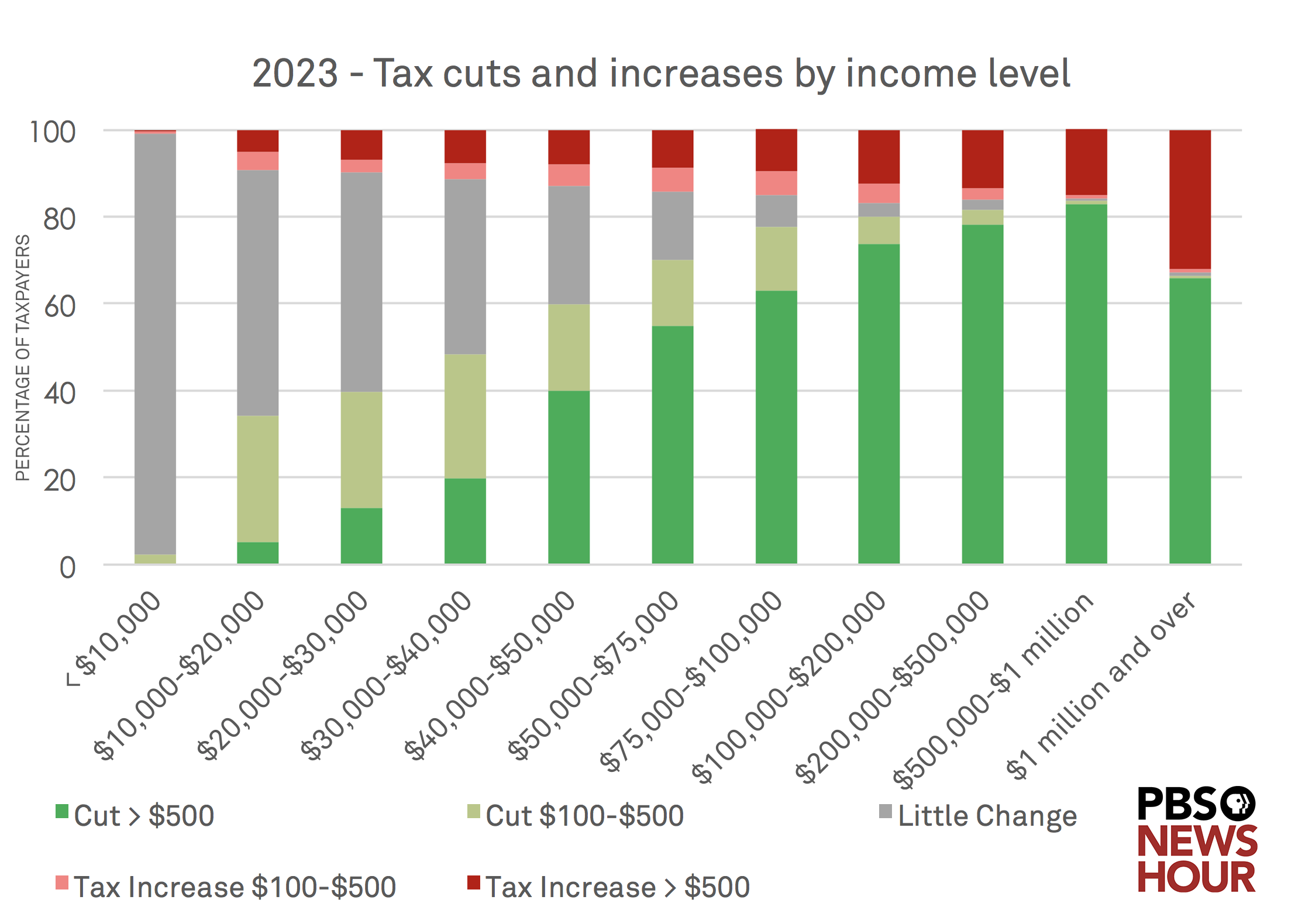 Five years from now, the tax bill starts to change the most for the lowest and highest incomes. Both ends of the income spectrum see tax increases begin to rise and tax cuts start to decline. Across incomes, fewer people are in the neutral zone — more people either gain or lose. 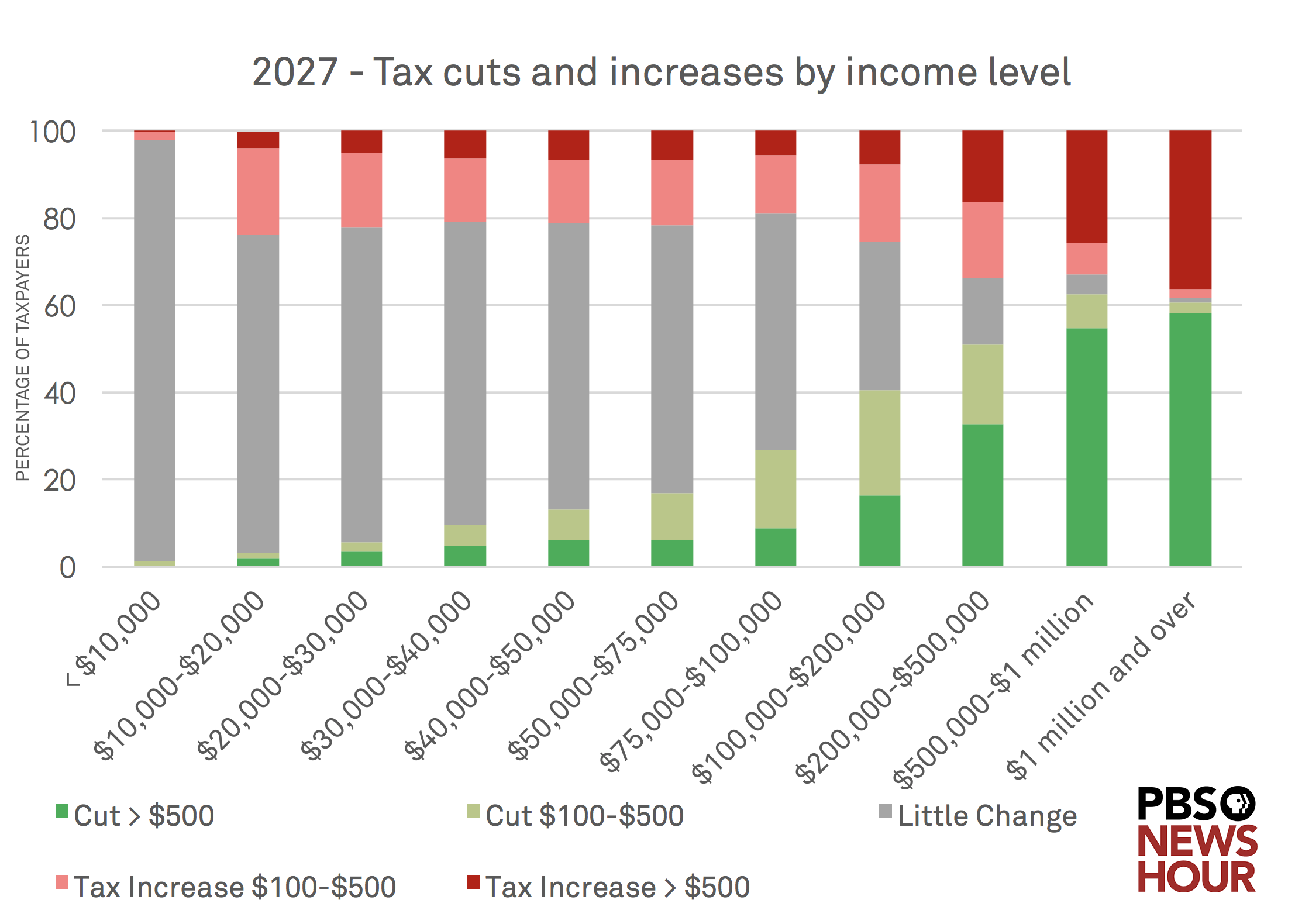 The final year of the tax code dramatically illustrates the Republicans’ decision to make individual tax cuts temporary. The changes expire in 2026 and you see the result here: more taxpayers see tax increases, across all incomes. And only the wealthiest would see significant cuts.

Left: Vice President Mike Pence applauds as President Donald Trump speaks about the passage of sweeping tax overhaul legislation on the South Lawn of the White House on Dec. 20, 2017. Photo by REUTERS/Jonathan Ernst