4 major takeaways as Cruz drops out, Trump and Sanders win

Donald Trump’s victory in Indiana knocked Sen. Ted Cruz out of the race and put an official end to the Stop Trump movement. Sen. Bernie Sanders’ win proved his supporters aren’t going away quietly. But after Tuesday’s contest, the focus is now on a Clinton vs. Trump general election showdown. With that in mind, here are some key takeaways from Indiana.

With his win in Indiana, Trump became the all-but-official GOP nominee. Sure, Ohio Gov. John Kasich is still in the race, and it will take Trump a few more primary victories to reach the 1,237 delegates needed to clinch the nomination. But Cruz’s exit ceded the race to Trump, ending a bitter primary battle that threatened to spill over into the convention this summer.

Trump’s commanding performance on Tuesday followed a five-state sweep last week. Now the rest of the primary season is just a formality — a month-long victory lap for Trump as he readies himself for a general election matchup against Clinton.

It’s a stunning turn of events for Trump. A real estate mogul and former reality television star, Trump was written off by his rivals as soon as he entered the race last summer. Conventional wisdom held that Trump was motivated by a desire to elevate his status and brand, and would flame out as soon as the race got serious.

Now the rest of the primary season is just a formality — a month-long victory lap for Trump as he readies himself for a general election matchup against Clinton.

But the reverse happened: As Trump’s more seasoned political opponents dropped off one by one, he picked up steam — despite a seemingly never-ending string of controversial comments that would have derailed a traditional candidate. Once primary voting started in Iowa and New Hampshire, Trump was the unquestioned front-runner, and his status never changed.

The final outcome took longer than expected. Through February and March it looked as if the Stop-Trump forces would succeed in forcing a contested convention. Trump struggled to break through and win a majority of the vote in the early contests. But he picked up momentum once the race narrowed to three candidates. His huge victory in New York on April 19 set the stage for last week’s sweep and Tuesday’s win in Indiana.

Trump has touted his ability to close a deal. For now, in the primaries, he delivered as promised.

Cruz never expanded his base 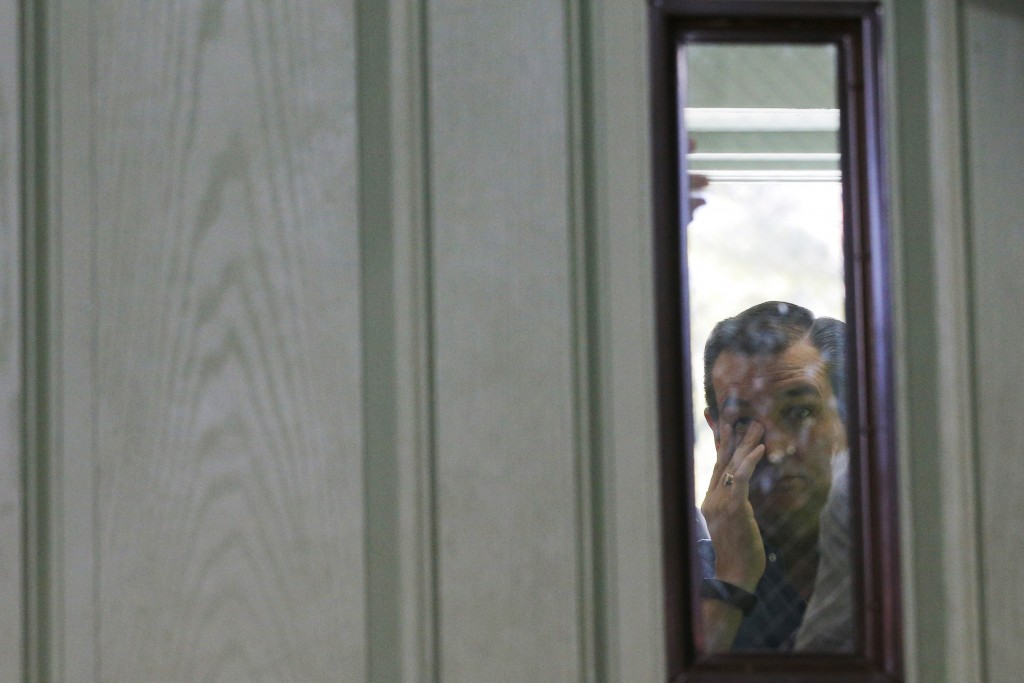 Cruz based his campaign on the premise that Republican primary voters wanted to nominate a hard-right conservative. After losing two straight elections with moderate candidates at the top of the ticket, Cruz argued over and over again, it was time for the party to pick a real conservative. But in order for Cruz to win the general, he first had to secure the nomination — and his path to winning the nomination was always far narrower than his campaign made it seem.

From the start, it was clear that Cruz’s hardcore conservatism would appeal to a segment of the party’s base. Support from evangelical voters helped propel him to victory in Iowa. At that point, Cruz seemed better positioned to make a real run at the GOP nomination than the previous two winners of the Iowa caucus, Rick Santorum and Mike Huckabee. Cruz had tons of money, a strong grassroots operation and good message discipline. 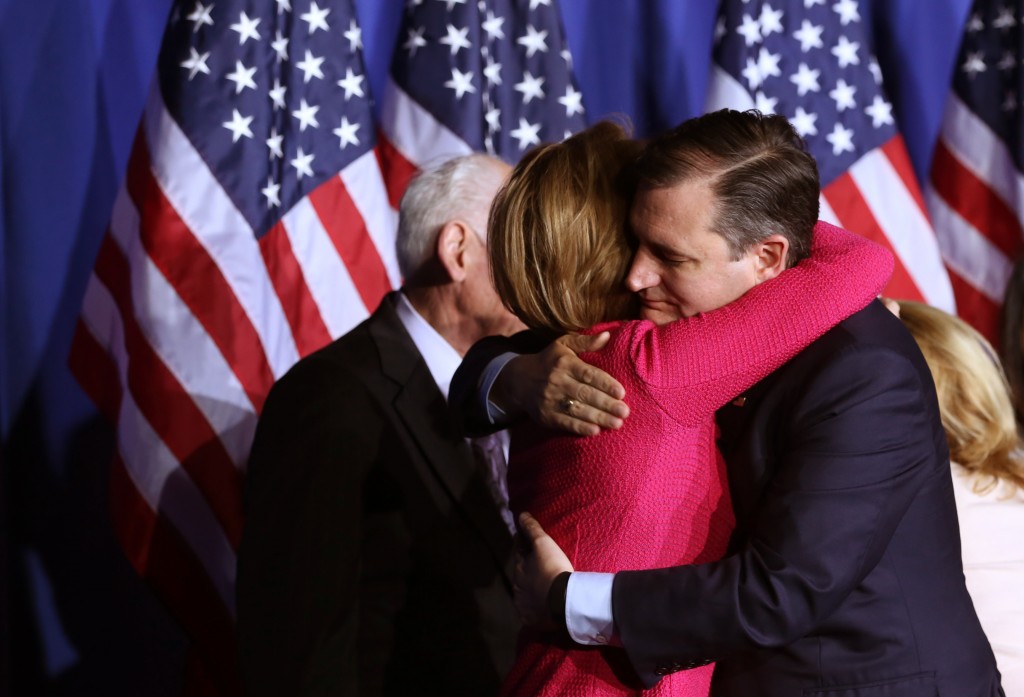 Republican U.S. presidential candidate Ted Cruz hugs running-mate Carly Fiorina just before announcing that he is suspending his campaign for president at a campaign event during Indiana primary night in Indianapolis on May 3. Photo by Chris Bergin/ Reuters

Once the race shifted to New Hampshire, however, it became clear that Cruz’s message would not resonate nationally. Trump’s dominance in the South, where Cruz had hoped to gain momentum and establish himself as the front-runner, confirmed the fact that Cruz was far less popular with the party’s base than he had anticipated.

From there Cruz’s campaign suffered a slow and oftentimes ugly decline. He managed to win several states and nearly 600 delegates — and he lasted longer than establishment candidates like Jeb Bush and Chris Christie. And for a brief period, it even seemed possible that Cruz might force a contested convention and snatch the nomination away on a second ballot.

In the end, though, he could not expand his base and attract moderate Republicans. And in the year of the outsider candidate, even Cruz — who railed against the “Washington cartel” — failed to convince voters that he wasn’t part of the GOP establishment.

Cruz is young enough to run again in 2020 if Trump loses the general election. His speech on Tuesday night seemed to leave the door open, and he did his best to seem optimistic. But for Cruz, this loss really hurts.

Sanders wins, but it doesn’t matter

After suffering a major loss in New York and several other northeastern states last month, Sanders bounced back with a win in Indiana on Tuesday. Sanders was trailing in most polls going into the contest and wound up beating Clinton by a solid margin, showing that his supporters remain fiercely devoted to the Vermont senator.

Still, the win doesn’t change the trajectory of the Democratic primaries. Clinton still has a huge lead in delegates, after the superdelegates are factored in, and is still on pace to win the party’s nomination. She likely won’t clinch the nomination until the last day of the primaries on June 7, but at this point the battle between her and Sanders is all but over. 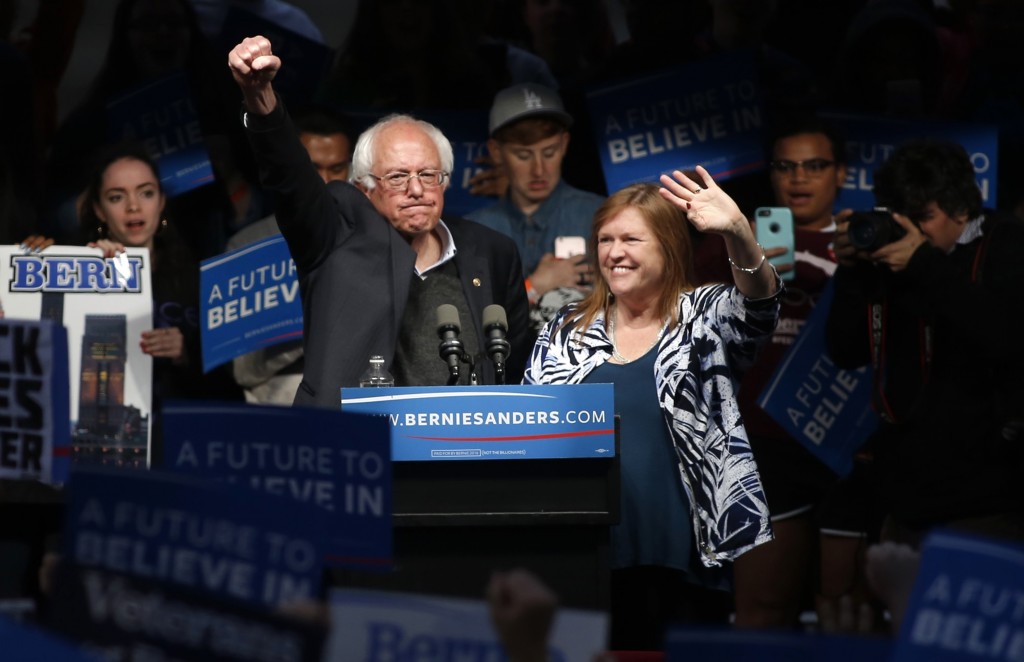 Sen. Bernie Sanders pumps his first in the air to the crowd as he spoke to supporters at a campaign event held during Indiana primary day at Waterfront Park in Louisville, Kentuckyon May 3. Photo by Aaron P. Bernstein/ Reuters

To prove that she is now focused on the general election, Clinton skipped Indiana on Tuesday, choosing to campaign in Ohio, Kentucky and West Virginia this week instead. Now that Trump is the GOP’s nominee, expect Clinton to ignore Sanders for the rest of the primaries. Sanders isn’t going to drop out, unlike Cruz. But his campaign is now little more than an afterthought.

In a Trump vs. Clinton matchup, which party has the enthusiasm edge?

Roughly 60 percent of Indiana’s Republican voters say the nomination process has divided the party, according to exit polls from the state. Just four in 10 Republicans said the primaries have energized the party. On the Democratic side, 74 percent of the state’s Democrats said in exit polls that the party has been energized by the primary battle between Clinton and Sanders.

Indiana isn’t alone. Across the country, polls show that Democrats are emerging from the primary season more energized than Republican voters. There is still plenty of time for those numbers to change, of course. And the party out of power is typically more energized in general elections as it seeks to reclaim the White House. Trump’s rivals — and the media — underestimated his level of support for months before his recent string of blowout victories.

Even so, Clinton should feel buoyed by early signs that Democrats feel more unified than GOP voters headed into the general election. Add to that Trump’s dismal approval ratings with women and minority voters — he is the least popular presidential candidate in the last 30 years — and the picture begins looking even brighter for Clinton. Trump could be competitive. But he’ll have a lot of image-mending to do as he starts pivoting to his matchup with Clinton.

Left: Donald Trump smiles as he speaks at the start of a campaign victory party after rival candidate Sen. Ted Cruz dropped out of the race for the Republican presidential nomination, at Trump Tower in Manhattan on May 3. Photo by Lucas Jackson/ Reuters