5 things to watch for in tonight’s GOP debate

The fifth Republican 2016 debate will take place tonight in Las Vegas. A lot has changed since the last time the candidates met in November. The terrorist attacks in Paris followed by the mass shooting in San Bernardino, Calif. have shined a brighter spotlight on foreign policy, terrorism and national security. And Senator Ted Cruz of Texas has overtaken real estate CEO Donald Trump in one Iowa poll, a sign that the race is as fluid and unsettled as ever. There are two months to go before voters head to the polls.

The debate, along with a 6:00 p.m. EST “undercard” forum for the presidential hopefuls who trail in the polls, are hosted by CNN and Salem Radio. Here are five story lines to follow when the top candidates take the stage. 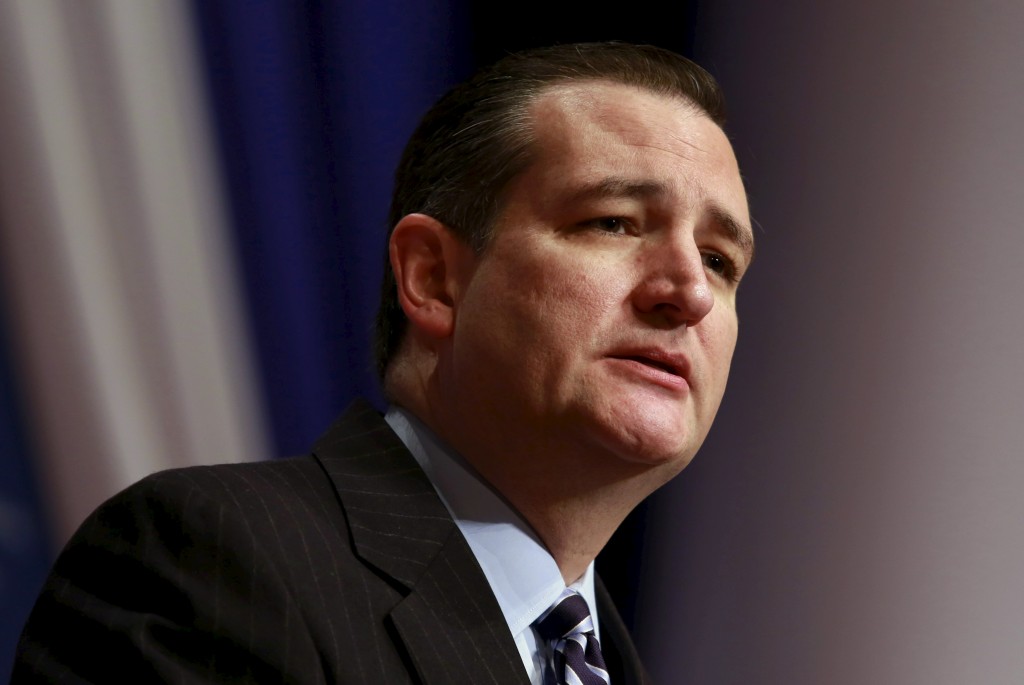 Republican presidential candidate Sen. Ted Cruz of Texas is surging in the polls in Iowa. Photo by Yuri Gripas/Reuters

Cruz was considered a long-shot candidate at best when he launched his campaign back in March. Now he has a 10-point lead over Donald Trump in Iowa, according to a new poll released yesterday, presenting the very real possibility of a drawn-out GOP primary fight and maybe even a brokered convention next summer.

The junior senator from Texas has argued all along that GOP primary voters would be eager to nominate a hard-right conservative in 2016. That theory will be put to the test today, when Cruz will occupy the center of the debate stage — alongside Trump — for the first time this cycle. How Cruz responds to his new front-runner status will help determine whether he has a chance to win Iowa and build momentum in other early-voting states. Trump has already stepped up his attacks against Cruz ahead of the debate, an indication that things could get ugly, fast. But don’t expect Cruz to wilt under pressure; he’s a former college debate champion, after all.

Which Donald Trump will we see?

Trump adopted a (slightly) more restrained style at the last GOP debate, after catching criticism for overly aggressive attacks on his rivals in the first three debates. But the strategy backfired. Instead of coming across as diplomatic, Trump faded into the background, especially when the conversation turned to complex policy issues outside of the real estate mogul’s area of expertise.

READ NEXT: Could Trump’s anti-Muslim rhetoric influence politics well beyond 2016?

So which Trump will show up for tonight’s debate — the less aggressive Donald, or the one who grabbed headlines last week by calling for a ban on Muslims entering the United States? If the past six months are any indicator, Trump will come out swinging. He’s done that in the past when his poll numbers have dropped, or another candidate has grabbed the media spotlight. With Cruz polling first in Iowa, expect Trump to go after him as well as Rubio, whose poll numbers have also risen since the last debate.

There’s been plenty of talk about foreign policy and national security in each of the previous four GOP debates, resulting in some of the most contentious face-to-face exchanges so far this cycle. (Think back to the Chris Christie-Rand Paul flare-up over NSA surveillance in the very first debate, or the Rubio-Paul skirmish over defense spending in the most recent one.) The recent terror attacks in Paris and San Bernardino — both of which happened after the last Republican debate on Nov. 10 — have only magnified the focus on these issues.

Foreign affairs will likely play a central role in the debate tonight, to the benefit of some candidates and the detriment of others

Foreign affairs will likely play a central role in the debate tonight, to the benefit of some candidates and the detriment of others. Security issues have been a prominent part of some of the Rubio campaign’s first TV ads, for example, and have given Christie an opening to play up his credentials as a former U.S. attorney. Meanwhile, Carson, who is slipping in the polls, has been forced to counter media reports and campaign attacks questioning his grip on foreign policy issues. At tonight’s debate, Kasich and Fiorina will seek to make their voices heard as well, but they could be drowned out if the night devolves into a shouting match between Trump and his top rivals.

Can Jeb Bush reverse his slide?

Bush has raised and spent more money through his Super PAC than anyone else in the Republican primary field, and yet he’s still stuck in single digits in national polls. It wasn’t supposed to be this way for Jeb. The former Florida governor expected to vault to the top of the pack and watch as the campaigns of anti-establishment contenders like Trump and Ben Carson imploded. Now that the picture has changed, Bush desperately needs to do something to revive his sinking campaign. 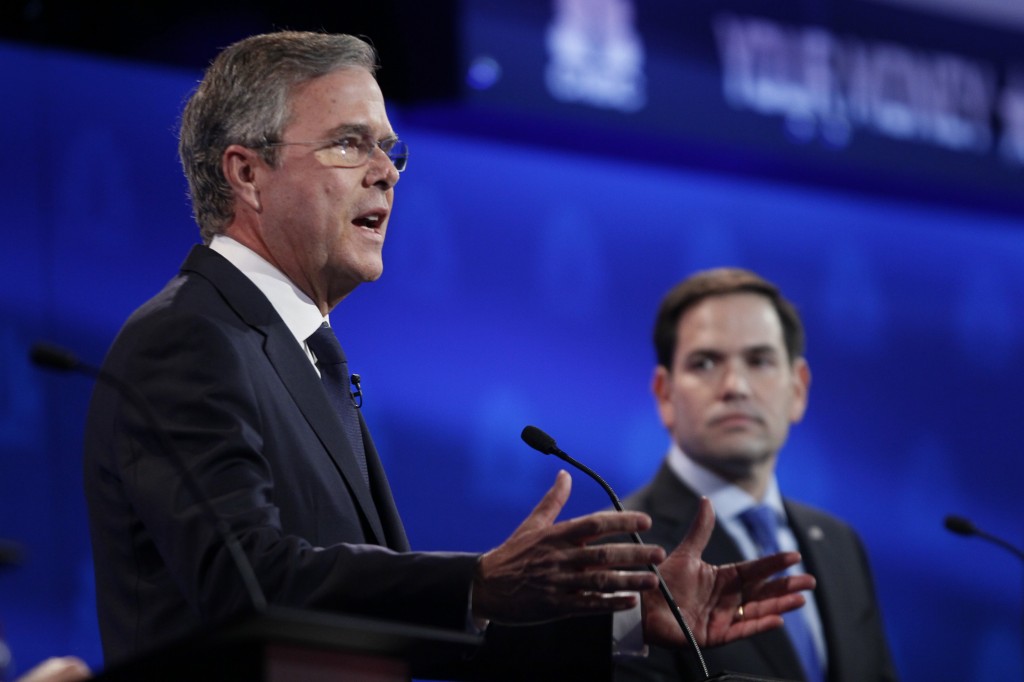 This debate isn’t the first time that Bush has faced pressure to turn things around. Pundits said he needed a strong showing in the last debate as well, and though he fell short of a major win, Bush did well enough to remain a top-tier candidate. Still, time is running out for the former Florida governor. In order to reverse his slide, Bush needs to deliver a commanding, if not spectacular, performance tonight to remind Republican primary voters why he’s a better alternative to Trump, Cruz and Rubio, his former political protege.

Paul’s campaign is floundering, despite his Tea Party appeal and well-established libertarian leanings — factors that were supposed to give him an edge this election cycle. Eight months after he launched his White House bid, the junior senator from Kentucky still hasn’t gained any significant traction with voters, and had to be “saved at the 11th hour” from being relegated to the undercard debate, according to CNN, after the network decided to rejigger its polling criteria to include Paul on the main stage.

The libertarian-leaning candidate pointedly demanded he be allowed into prime time. Now he must show what he can do with the opportunity. He has signaled a possible direction.Just this Monday, his campaign released a lengthy ad hammering Senate colleagues Cruz and Rubio on their position toward Syrian refugees. Will he renew the attack when he shares the stage with them tonight? And will a strong performance — if Paul delivers one — be enough to save his campaign?