5 things to watch for in tonight’s primaries

Donald Trump and Hillary Clinton are hoping to cement their front-runner status today as voters head to the ballot box in four states: Idaho, Hawaii, Mississippi and Michigan, which has the most delegates up for grabs on both sides of the aisle. Sen. Ted Cruz is seeking to build on his delegate count in a bid to stop Trump, while Sen. Bernie Sanders is looking for an upset in Michigan. Here are five things we’ll be watching for in the primaries tonight:

Donald Trump could use a big night. He only won two of the five GOP contests on Saturday and finished the day with fewer overall delegates than Sen. Ted Cruz, who is emerging as the party’s best hope of defeating Trump. Despite his uneven results over the weekend, Trump is still in the best position to win the party’s nomination — especially if Cruz, Ohio Gov. John Kasich and Sen. Marco Rubio keep splitting delegates in the primaries today and next week.

It won’t be enough for Trump just to win: he’ll need to win by big margins tonight to prove that he’s truly unstoppable.

But Trump has built his candidacy around the notion that he’s a winner. Losing more states would bolster Cruz’s argument that Trump can be defeated. Meanwhile, as the Stop-Trump movement grows in Republican circles, the real estate developer is confronting his toughest challenge of the election cycle to date. Victories today in Michigan and Mississippi would help Trump re-establish momentum, following his disastrous performance in the last GOP debate and losses to Cruz in Kansas and Maine. But it won’t be enough for Trump just to win: he’ll need to win by big margins tonight to prove that he’s truly unstoppable.

In Michigan and Mississippi, the Republican candidates need to win at least 15 percent of the vote to pick up their share of the delegates today. Trump and Cruz have consistently exceeded this threshold in the previous primaries, but Rubio could see his already slim chances of winning the nomination slip away if he can’t even qualify to add to his delegate total.

On Saturday, Rubio received just 8 percent of the vote in Maine’s GOP primary, falling short of the state’s 10 percent threshold to qualify for delegates. Unless he gets a late boost, Rubio could fall below the threshold in Michigan, which has 59 delegates up for grabs. (The other states holding GOP contests today — Mississippi, Idaho, and Hawaii — are awarding a combined 91 delegates). In a poll released yesterday Rubio finished fourth in Michigan with just 8 percent of support from likely voters, trailing Trump, Cruz, and Kasich.

Is it too late for a Rubio comeback?

When Rubio entered the presidential race last April, he was hailed by supporters as the only Republican contender capable of uniting the party and winning the general election. But 11 months later, his chances of capturing the nomination are fading fast. Rubio has only won two GOP contests so far (Minnesota and Puerto Rico) and was far behind in the polls in the key state of Michigan heading into today’s primary.

Things don’t look any better for Rubio in national polls or in Florida, where he’s trailing Trump by an average of 16 points in polls taken in the past two weeks. Rubio’s campaign insists that he’s closing the gap in the Sunshine State. But if Rubio loses in his own state, he’ll face overwhelming pressure to end his presidential bid and let Cruz and Trump fight it out in a one-one-one contest. Rubio will need momentum heading into the Florida primary on March 15, making today’s races even more important.

Can Clinton win Michigan by a wide margin? 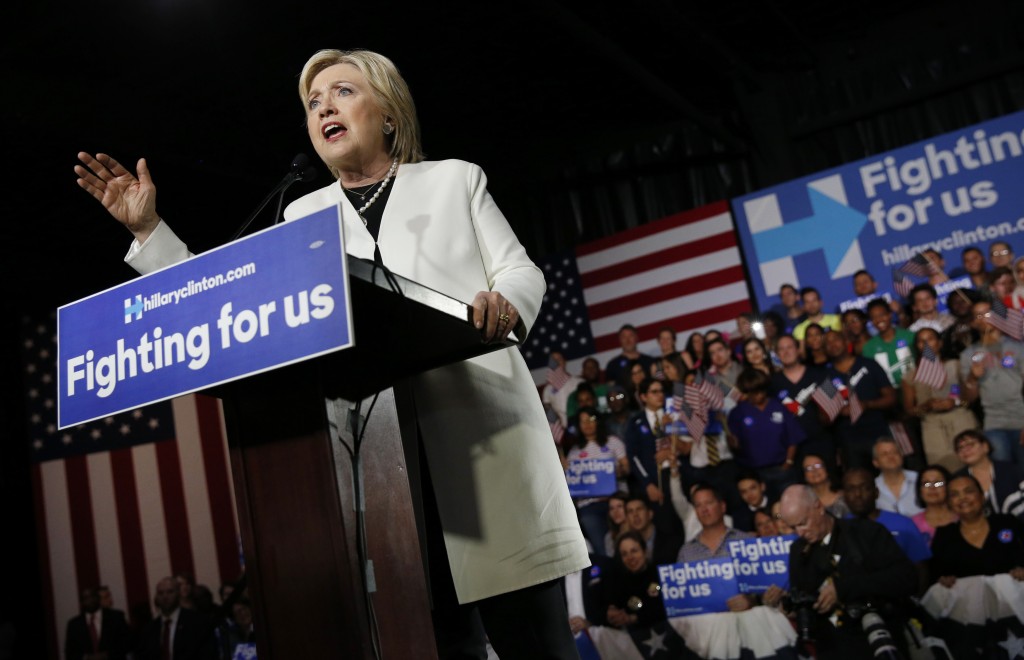 Hillary Clinton is seeking a decisive victory against Bernie Sanders tonight in Michigan and Mississippi. Photo by Jonathan Ernst/Reuters

On the Democratic side, Hillary Clinton enters today’s primaries with a sizeable delegate lead over Sen. Bernie Sanders, making the delegate-rich state of Michigan another crucial test in their fight for the Democratic nomination. Clinton is widely expected to win the state; she has a double-digit lead in the polls, and delivered a solid performance during Sunday’s debate with Sanders in Flint. But if Clinton does win, the real question will be by how much.

A decisive victory by Clinton would put more pressure on Sanders to prove that he still has a path to secure the nomination. It would also prove that Clinton is competitive in Rust Belt states with large numbers of white working class voters — a key voting bloc to which Clinton has struggled to appeal so far. On the other hand, if Clinton wins Michigan in a tight race or loses to Sanders in an upset, it would give the Sanders’ campaign a big boost as the primaries shift to more liberal states in the Northeast and Midwest.

Sanders digging in for the long haul

The delegate math may look bleak for Sanders, but that doesn’t mean he’s ready to drop out anytime soon. Right now, all signs point to Sanders going the distance — regardless of how the primaries play out. His campaign raised more than $40 million in February alone (roughly $10 million more than Clinton’s total for the month), almost doubling the $21 million Sanders raised in January. With that much cash on hand, Sanders can afford to remain in the race for the foreseeable future. He also won three states on Saturday, proving his durability with left-leaning primary voters.

Yet despite beating Clinton in three of four states on Saturday, Sanders still ended up with fewer delegates: Sanders won 52, compared to Clinton’s 57. If the rivals continue splitting delegates in the weeks ahead, it will become increasingly difficult for Sanders to argue that he can stop Clinton from eventually clinching the nomination. That’s why Michigan, which has 147 delegates up for grabs in the Democratic primary, is so important. (Sanders and Clinton are also vying for 40 delegates in Mississippi today).