5 things we learned from the midterm elections

The 2018 midterm election results offered a series of contrasts. Republicans lost control of the House, but picked up seats in the Senate. Many Republican House members who embraced President Donald Trump lost, but some Republican Senate and gubernatorial candidates who backed the president won. The exit polls showed a majority of voters disapprove of Trump’s job as president — yet turnout was high among Republican voters.

Losing the House is a major blow for Republicans. Still, there were some bright spots for Trump and Republicans as they look ahead to the next two years and the 2020 presidential election. Here are some of the night’s key takeaways.

Pelosi and Democrats will take over an even more divided House

Democrats entered Election Day needing to flip 23 House seats to retake the chamber. They accomplished that goal easily, and added enough extra seats to pad their majority. Winning back the House was a major victory for the party. Since the GOP’s House takeover in 1994, Democrats have only controlled the House for four years (2007 to 2011). Now, they have another shot. It’s also a big win for House Minority Leader Nancy Pelosi, who is poised to return for a second stint as House speaker.

Pelosi has a proven track record of keeping her caucus together on tough votes, unlike retiring House Speaker Paul Ryan and John Boehner before him. (Last year, not a single House Democrat voted for the GOP bill to real the Affordable Care Act, and zero Democrats voted for the tax bill). Can Pelosi, assuming she wins the election for speaker, continue to rule the House Democratic caucus with an iron grip?

Pelosi will get to call the shots once she has the gavel, which will help. She’ll control the legislative agenda and can avoid forcing her caucus to take politically risky votes. But plenty of possible developments before the 2020 election — including a potential impeachment battle, which Pelosi told the PBS NewsHour’s Judy Woodruff would depend on the outcome of the Mueller investigation — will test the House Democrats’ willingness to stick together.

The Democrats will face internal divisions between the leadership, likely led by Pelosi, and a younger generation of progressive Democrats. That group includes many first-time candidates who won in 2018 largely by running on a strong anti-Trump message, who will also likely shift the caucus further to the left. House Republicans will likely shift farther to the right, with the loss of moderate members like Rep. Carlos Curbelo, who went down in defeat Tuesday night. The result: Pelosi is going to inherit an even more divided chamber.

McConnell, Republicans have a wider margin for error in the Senate

It was always going to be a tough year for Senate Democrats. The party had to defend 26 of the 35 Senate seats up for re-election, including 10 in states that Trump won in 2016. That political map made winning back the Senate a longshot from the start and in the end Democrats couldn’t hold onto seats in red states like North Dakota, Missouri and Indiana, where Democrats Heidi Heitkamp, Claire McCaskill, and Joe Donnelly lost their reelection bids. They also failed to pick up seats in places like Texas, where Democratic Rep. Beto O’Rourke energized the party’s base but fell short in his race against Republican Sen. Ted Cruz — the most expensive Senate race in the country. As the dust settles, Senate Democrats and their allies will argue that they did the best they could under difficult circumstances. But the it-could-have-been-worse argument belies the fact that Democrats will now have an even harder time blocking the Senate GOP agenda. 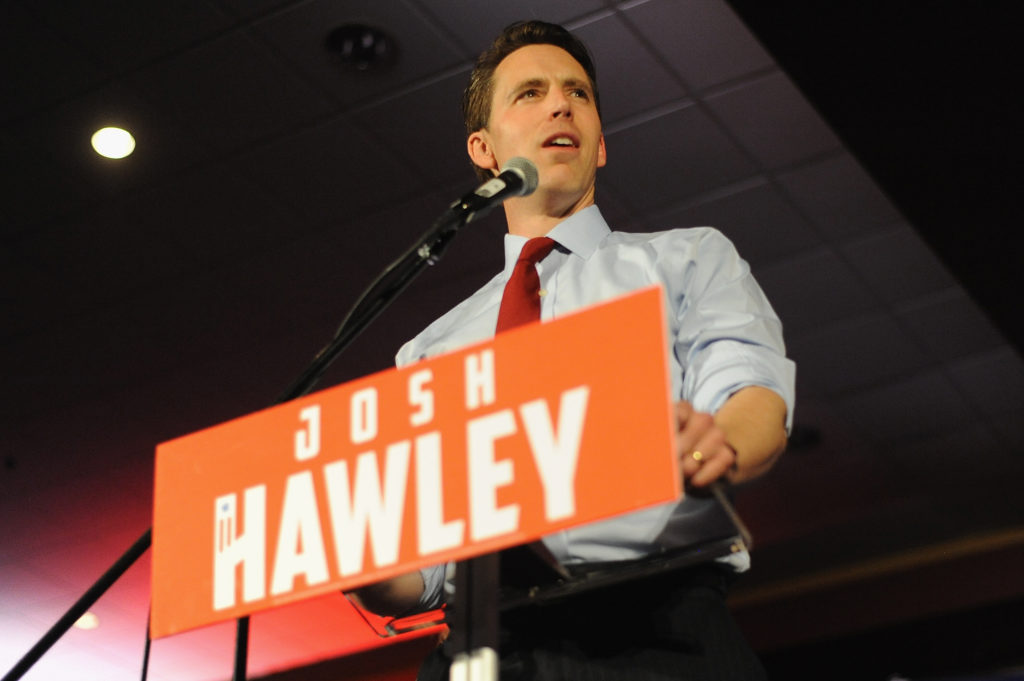 With his new, slightly expanded Republican caucus, Senate Majority Leader Mitch McConnell will have a wider margin for error. Though it’s only a few votes, they could make a big difference. The current 51-49 Republican majority has forced McConnell to keep his entire GOP caucus together, appeal to a few Democrats — or rely on Vice President Mike Pence to cast a tie-breaking vote. None of those strategies are ideal, and they’ve produced mixed results. McConnell pushed through the tax bill and Supreme Court confirmations of Neil Gorsuch and Brett Kavanaugh. But he failed to pass a repeal of the Affordable Care Act, a major blow for Trump and the party’s conservative base.

Now, McConnell can afford to lose an additional Republican vote or two without worrying about having to call in Pence to save the day. But he’s still several votes short of the filibuster-proof 60-vote majority the Democrats enjoyed when the party passed Obamacare with the help of then-Senate Majority Leader Harry Reid in 2010. And with Democrats in control of the House starting in January, McConnell will have to devote more energy to blocking the opposing party’s agenda. The larger GOP Senate majority will help. But in many ways McConnell will be playing defense for the next two years.

A wave of female, minority and first-time candidates

A record 260 female candidates ran in 2018. A record 195 people of color were on the ballot. Many of them were first-time candidates, and many of them were Democrats. They had a wide range of reasons for running, but there seemed to be one unifying theme, at least among left-leaning candidates: opposition to Trump.

The wave will be widely debated in the coming days and weeks — including whether it actually represents the start of a long-term trend, or just a one-off event that won’t repeat itself in 2020. Time will tell. But Tuesday’s results answered a question at the center of the liberal “resistance” to Trump, one that goes all the way back to last year’s Women’s March in Washington. At the time of the march, which took place one day after Trump’s inauguration, Republicans said the activism wouldn’t last. And even Democrats seemed unsure of their ability to sustain the energy. Clearly they did, and for now it has translated into real political change.

A rebuke of Trump 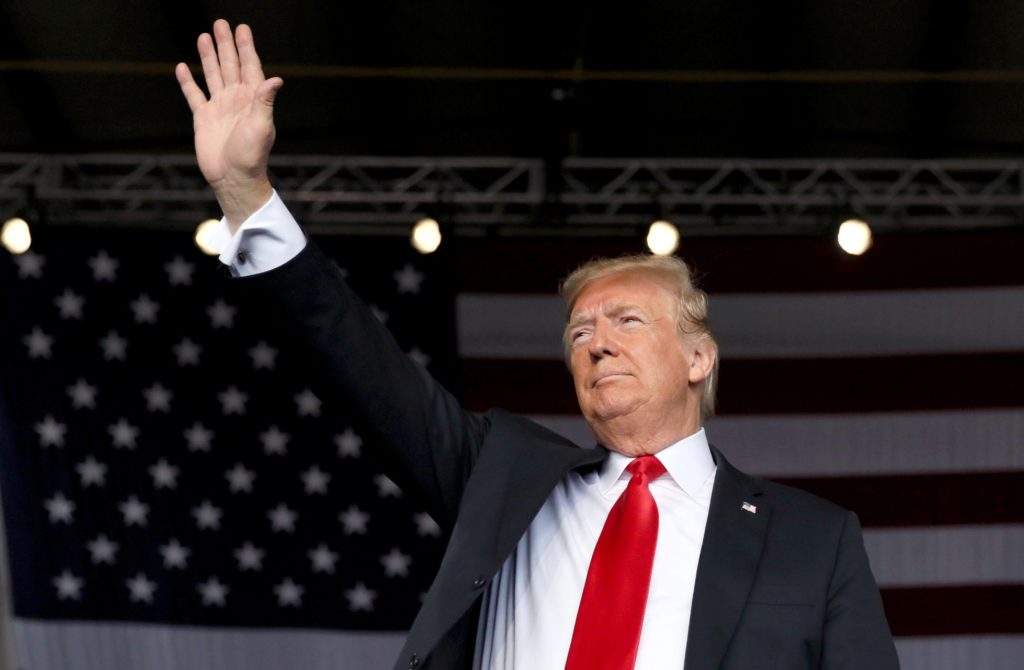 Barack Obama famously described the 2010 midterms as a “shellacking” for the Democratic Party. George W. Bush acknowledged that Republicans took a “thumpin’” in the 2006 midterms. It’s unlikely that Trump, who rarely admits failure or defeat, will follow his predecessor’s example in talking about Tuesday’s results. (“Tremendous success tonight,” he wrote on Twitter Tuesday night.) The 2018 midterms are different, and there are reasons for Trump and Republicans to be more optimistic.

Democrats lost 63 House seats and control of the chamber in 2010 (the worst midterm House loss for a party in power in six decades), and Republicans lost control of both chambers of Congress in 2006. This year, Republicans are on track to lose fewer House seats than Democrats did in 2010, and avoided losing control of both chambers, as the GOP did in 2006. But the Democrat’s takeover of the House in particular represented a repudiation of Trump’s rhetoric, demeanor and performance in office.

Nearly 50 percent of voters “strongly disapprove” of Trump’s performance in office, compared to roughly 30 percent who approve of the job he’s doing as president, according to early CNN exit polls. A little more than 50 percent of voters feel the country is going in the wrong direction. Roughly 80 percent of voters said it was important to elect women to office, and around 70 percent said it was important to elect minority candidates. Voter support for women and minority candidates offered a clear rebuke of Trump’s oftentimes offensive statements on race and gender. Trump’s party held onto the Senate. But he received a personal “shellacking.”

Election results suggest Trump will be tough to beat in 2020

Victories by statewide GOP candidates in key presidential-year battleground states who campaigned on Trump’s policies are a good sign for the president.

The results show Trump continues to have a problem with women and minority voters, and more broadly, suburban voters across the board. Those are key demographic groups in a presidential election. But Trump struggled with those voting blocs in 2016 and still won the race. And while exit polls made clear that a majority of voters disapprove of the president, the results Tuesday also indicated that Trump remains a powerful force in bringing Republicans to the polls. That was less true in some House races, where moderate GOP lawmakers who criticized Trump lost. But statewide GOP candidates in key presidential-year battleground states who campaigned on Trump’s policies, like Missouri’s Josh Hawley and Florida’s Ron DeSantis, beat their Democratic opponents. That’s a good sign for Trump.

And the Democrats’ losses in Florida, Missouri, and Texas, among other high-profile statewide races, suggest the party is still searching for the right message and candidates with which to beat Trump. They had nearly two years to figure it out. The 2018 midterms signaled they don’t have an answer yet.