7 clear ways Ferguson police violated the Constitution, according to DOJ 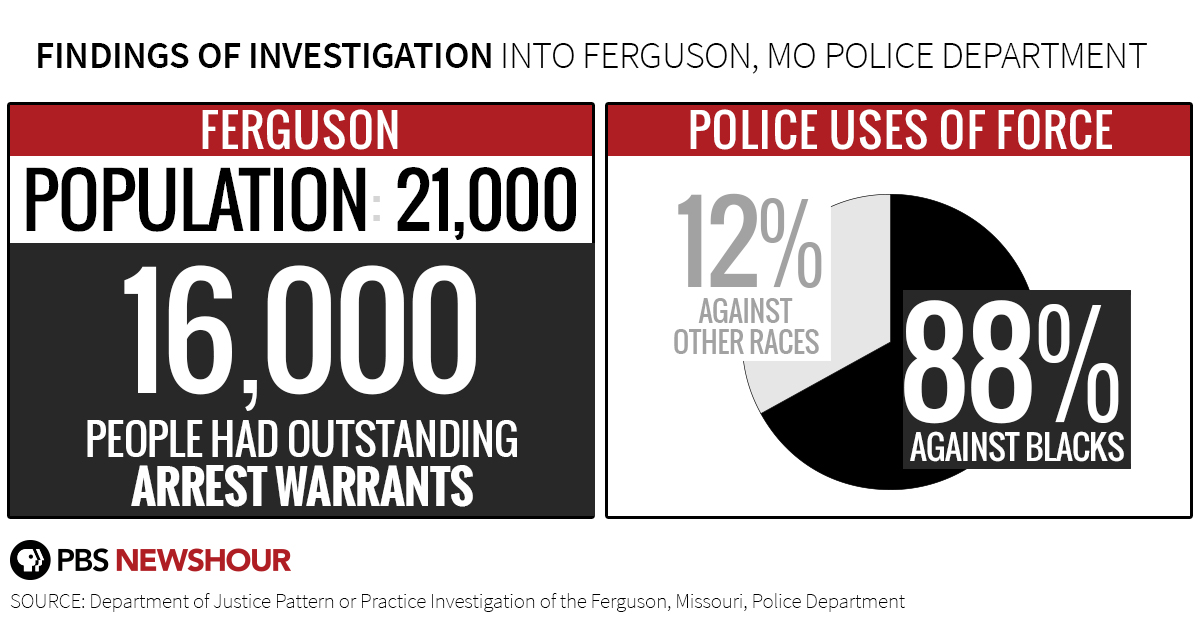 WASHINGTON — A Justice Department investigation will allege sweeping patterns of discrimination within the Ferguson, Missouri, police department and at the municipal jail and court, law enforcement officials familiar with the report said Tuesday.

The report, which could be released as soon as Wednesday, will charge that police disproportionately use excessive force against blacks and that black drivers are stopped and searched far more often than white motorists, even though they’re less likely to be carrying contraband.

The Justice Department also found that blacks were 68 percent less likely than others to have their cases dismissed by a municipal court judge, and that from April to September of last year, 95 percent of people kept at the city jail for more than two days were black, according to the officials. The officials spoke on condition of anonymity because they were not authorized to speak on the record before the report is made public.

The Justice Department began the civil rights investigation following the August shooting of Michael Brown, an unarmed black 18-year-old, by a white police officer. That killing set off weeks of protests.

The officials say the report will allege direct evidence of racial bias among police officers and court workers and detail a criminal justice system that prioritizes generating revenue over public safety.