Acting DEA chief tells employees he will step down 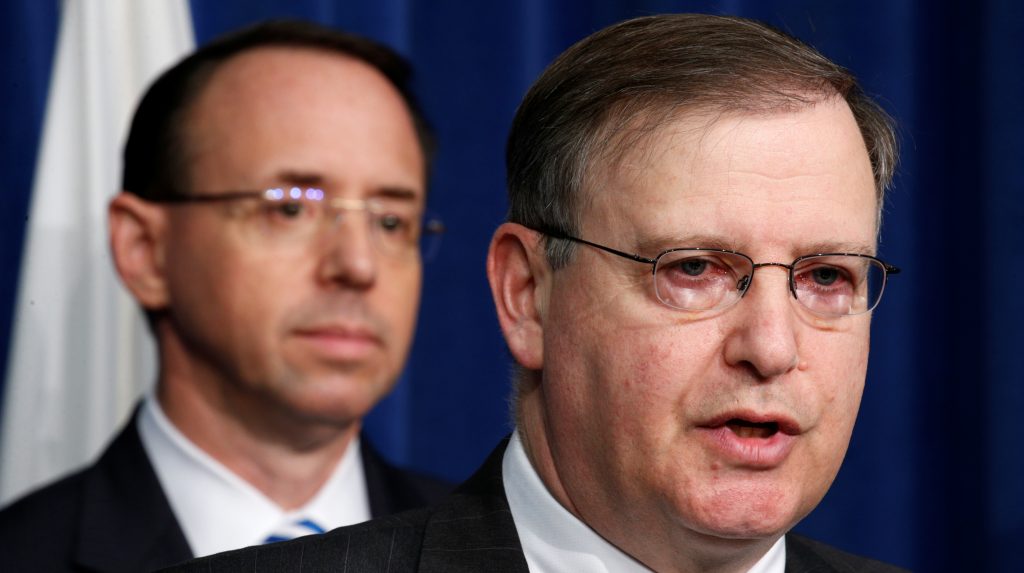 WASHINGTON — The acting chief of the U.S. Drug Enforcement Administration is stepping down while the agency awaits the nomination of its permanent leader.

A person familiar with the move says Chuck Rosenberg will leave the post Oct. 1. The person, who spoke on condition of anonymity to discuss personnel matters, says Rosenberg notified employees of his decision in a Tuesday email.

Rosenberg made news when he rejected President Donald Trump’s comments suggesting police should treat suspects roughly when arresting them.

Rosenberg had been running the agency since 2015. The Trump administration has not nominated a replacement. But the person who spoke to AP says Col. Joseph Fuentes of the New Jersey State Police is a front-runner for the position. Fuentes had been a vocal critic of some of Obama administration policies.