In face of the U.S. Supreme Court’s ruling on Friday that the Constitution guarantees same-sex couples the right to marry in all 50 states, some parts of the country have not started to issue marriage licenses.

Hopeful couples have been turned away in parts of Mississippi, Alabama, Texas and Louisiana. Officials have said they are waiting for lower courts to officially lift bans on same-sex marriage. 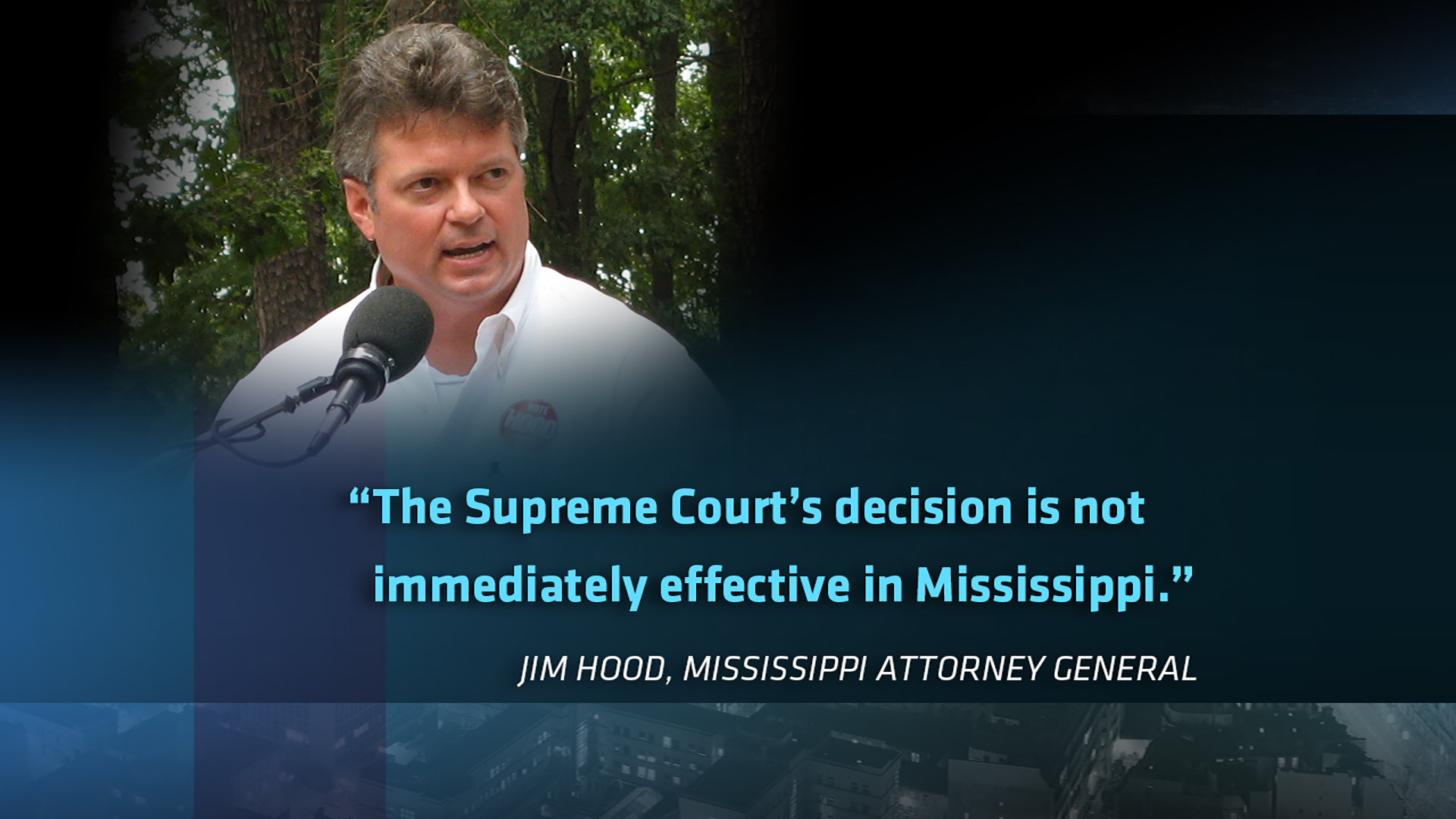 Mississippi Attorney General Jim Hood said on Friday that the court’s ruling is not immediately effective in the state.

“It will become effective in Mississippi, and circuit clerks will be required to issue same-sex marriage licenses, when the 5th Circuit lifts the stay of Judge Reeves’ order,” he said in a statement. “The 5th Circuit might also choose not to lift the stay and instead issue and order, which could take considerably longer before it becomes effective.” 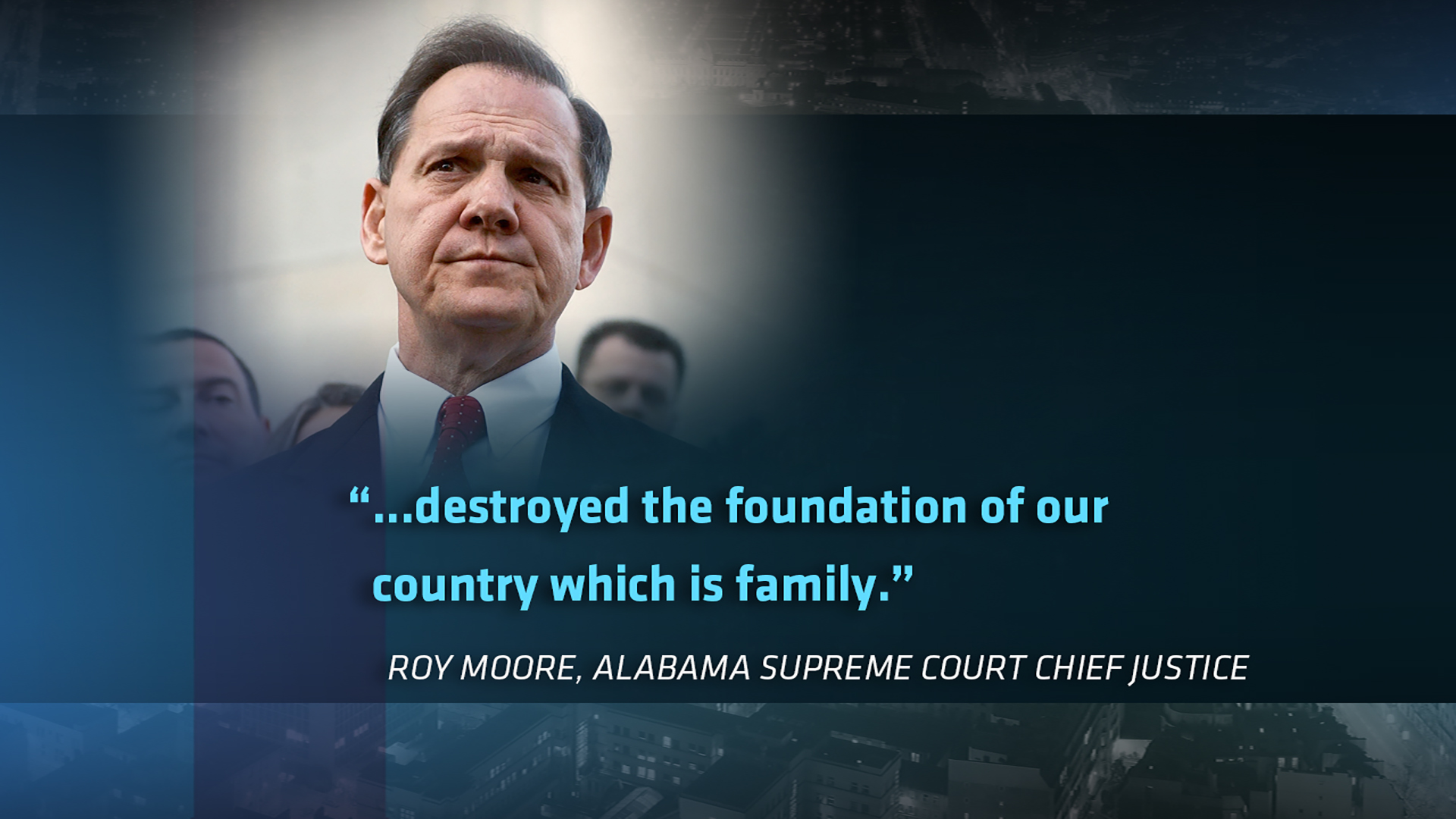 In Alabama, Supreme Court Chief Justice Roy Moore has advised county judges to delay issuing the marriage licenses, saying the ruling “destroyed the foundation of our country, which is family.”

In an interview with the New York Times, Moore said he would continue to push for an amendment banning same-sex marriage. 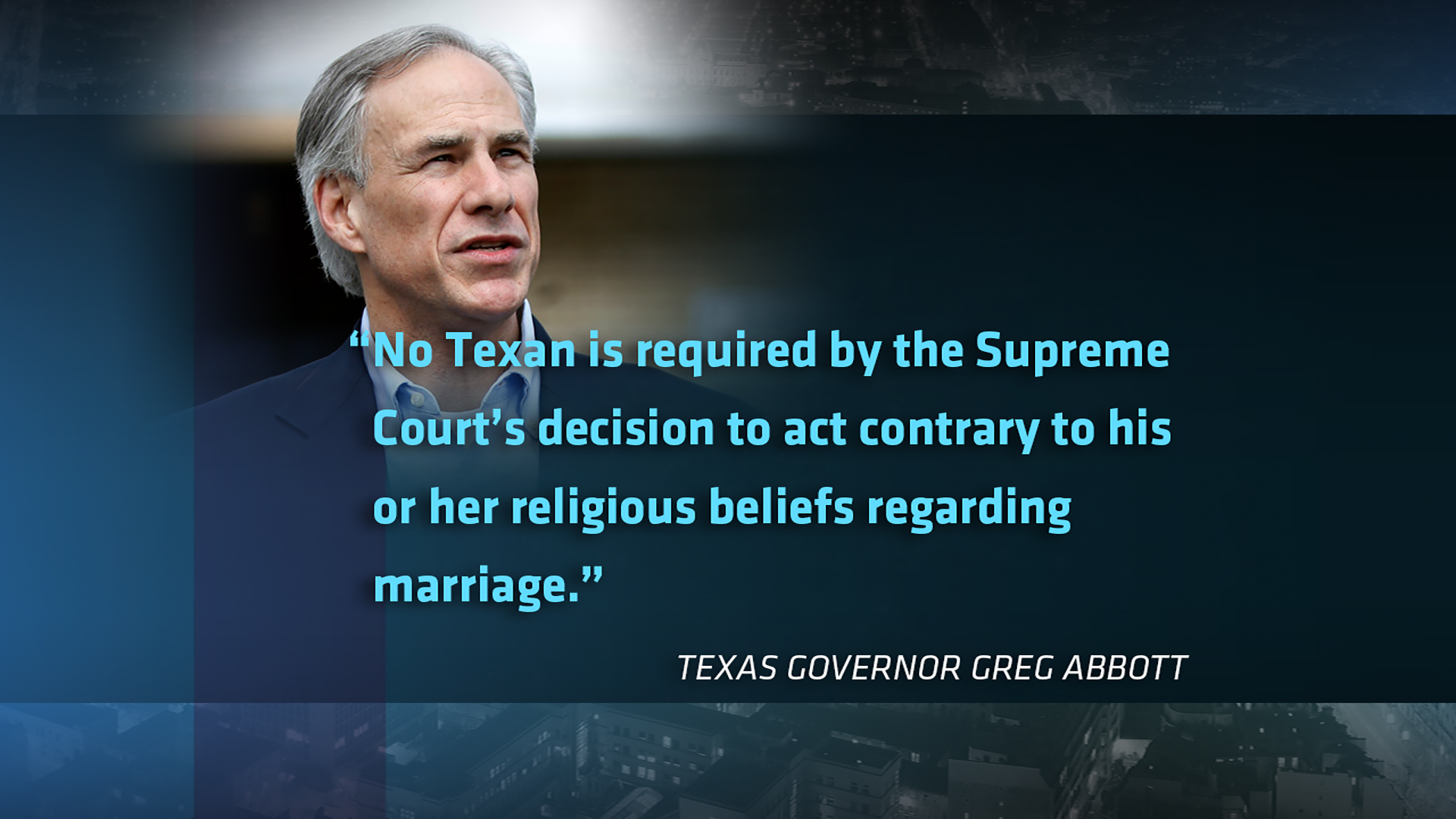 In Texas, some county clerks did issue licenses, but Governor Greg Abbot said no Texan will be required by the court’s ruling to act “contrary to his or her religious beliefs” when it comes to marriage. 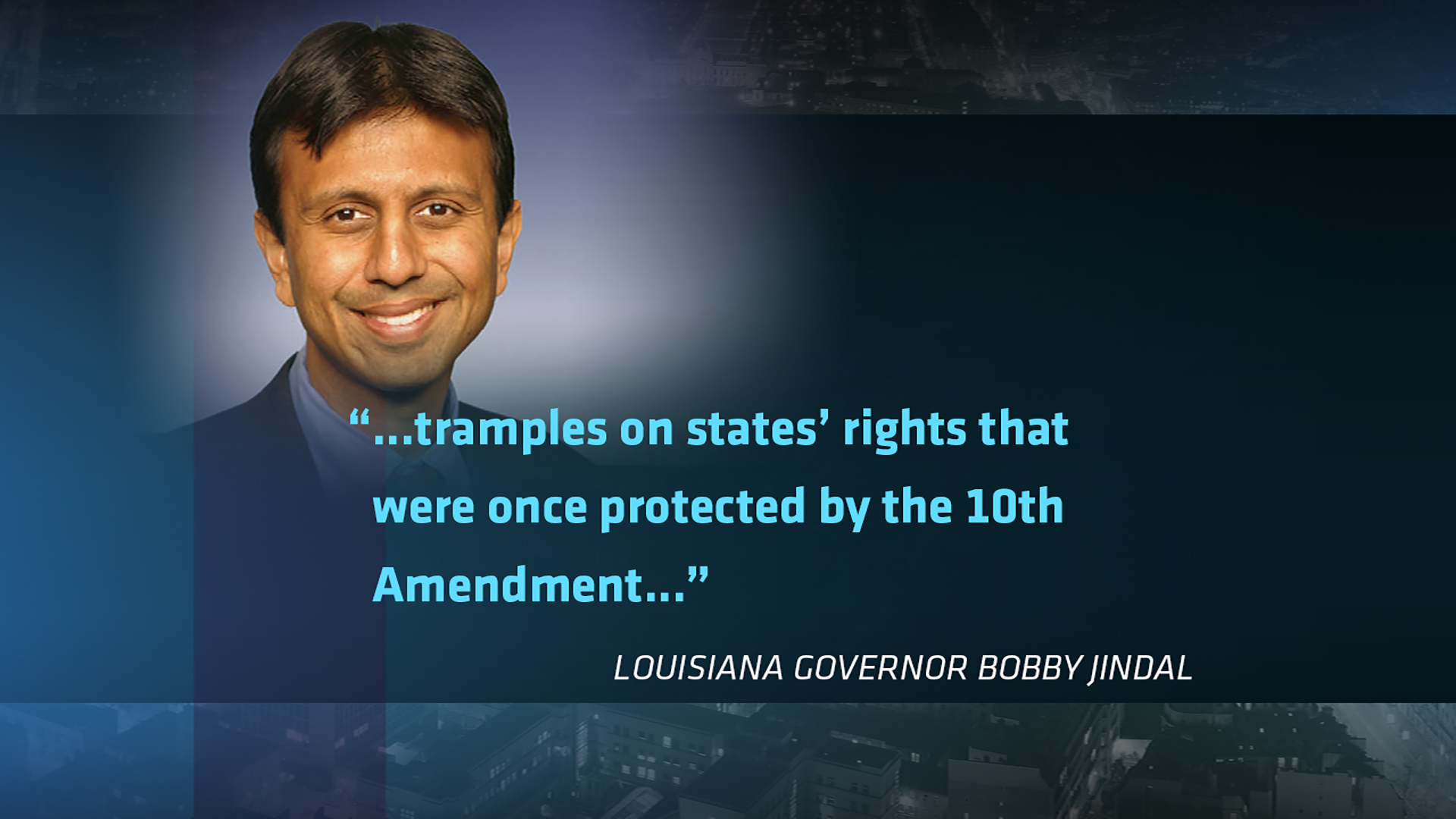 Louisiana Governor and Republican presidential candidate Bobby Jindal also came out against the court’s decision, saying that the ruling “tramples” on states’ rights.

In a statement on his campaign website, former Florida Gov. Jeb Bush was more staid in his critique of the ruling:

Guided by my faith, I believe in traditional marriage. I believe the Supreme Court should have allowed the states to make this decision. I also believe that we should love our neighbor and respect others, including those making lifetime commitments. In a country as diverse as ours, good people who have opposing views should be able to live side by side. It is now crucial that as a country we protect religious freedom and the right of conscience and also not discriminate.

Learn more about how other GOP presidential candidates are reacting to the court’s decision here.