At first-ever public hearing on CBD, advocates and FDA try to blaze trail to regulatory compromise

SILVER SPRING, Md. — By 10:30 a.m., a panel of the Food and Drug Administration’s top regulators had already heard from more than 50 different people, all eager to squeeze their hopes or concerns about CBD, the booming marijuana-adjacent compound companies are suddenly adding to everything from dog food to dietary supplements, into the short speaking time they were granted.

There were mothers claiming marijuana drove their children to suicide, millennial entrepreneurs who struggled for a good answer when regulators asked what effect CBD has in cosmetics, and high-paid industry lawyers pitching well-vetted regulatory frameworks. More than 60 more people were still scheduled to speak.

The wide range of participants, from former FDA officials to CBD retailers, didn’t seem to agree on much, except for one point: The status quo wasn’t working, and the FDA had to act fast.

“While we have seen an explosion of interest in products containing CBD, there is still much that we don’t know.”

Friday’s meeting, the agency’s first-ever public hearing on the regulation of cannabis-derived products, is the public kickoff of the FDA’s quest to sketch a clear framework to regulate CBD products.

The FDA’s existing rules make that task perplexingly difficult. CBD dietary supplements, a broad category that includes many of the most popular CBD products, like capsules and oils, are currently illegal under the FDA’s rules. But the FDA has pledged to explore how those products could legally come to market, and Friday’s meeting was the first step in that endeavor.

Former FDA Commissioner Scott Gottlieb has said previously said it would take years for the agency to figure out exactly how it will regulate CBD. And while Acting FDA Commissioner Ned Sharpless made no promises in remarks Friday about when the agency might have an answer to that question, he made clear he thinks the FDA is entering uncharted territory.

“While we have seen an explosion of interest in products containing CBD, there is still much that we don’t know,” Sharpless said.

That didn’t stop speakers on all sides of the CBD debate from urging the FDA to hurry up.

“FDA does not have the luxury of time,” Megan Olsen, assistant general counsel of the dietary supplement lobby the Council For Responsible Nutrition said. “They must act quickly to address the market that is out of control.” 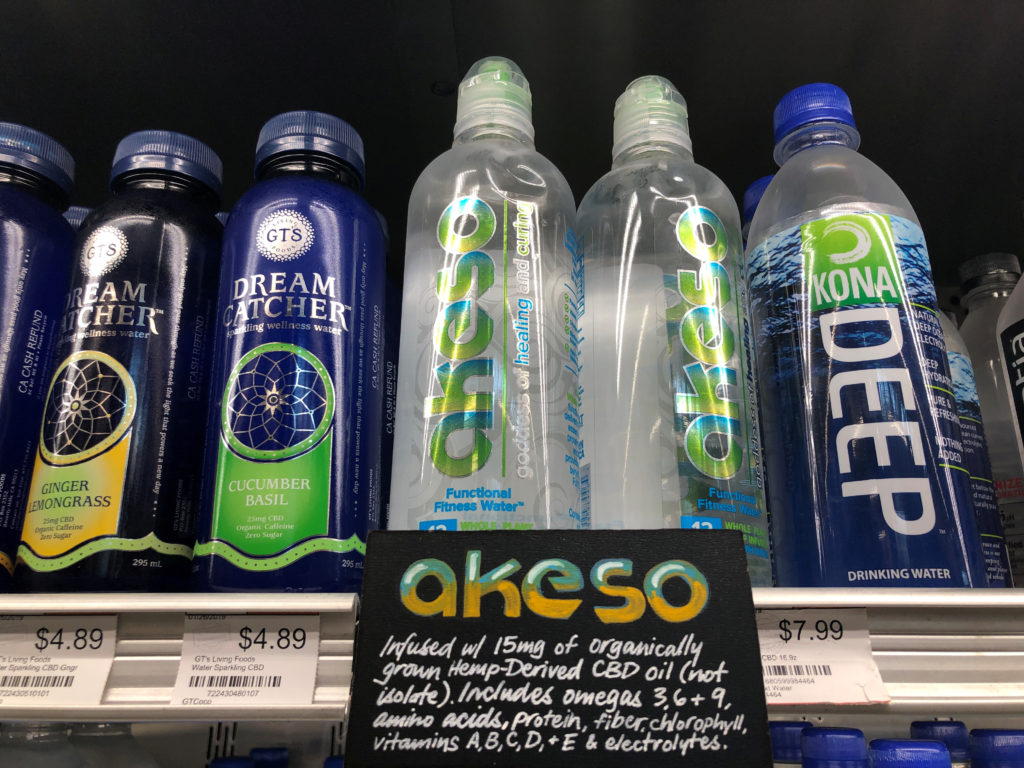 Water infused with CBD oil is offered for sale in a supermarket in Los Angeles on March 21. Photo by Lucy Nicholson/Reuters

CBD advocates, too, called for clearer rules. “There is an urgent need for an efficient regulatory framework,” Jonathan Miller, general counsel of the U.S. Hemp Roundtable said, who said his association, which represents many of the top CBD producers, is willing to work with the FDA “to help the agency establish measures of quality safety and transparency for the entire industry.”

Among the concerns raised both by FDA officials and industry speakers: Whether allowing CBD products to be regulated under the FDA’s lax dietary supplement rules would disincentivize the more rigorous research required before an FDA-approved drug can be put on the market.

Perhaps no company made this point more strongly than Greenwich Biosciences, the company behind Epidiolex, the first FDA-approved CBD-based drug.

“The FDA approval process is the only way to answer important questions about a drug, about the disease it seeks to treat, and safety considerations that are unique to the patient who will take the drug,” said Alice Mead, the company’s vice president of U.S. professional relations. “For example, no one knew CBD was potentially toxic to the liver until we conducted clinical and preclinical studies. To answer such questions, we’ve spent the past 20 years researching this plant.”

FDA officials were clear what they wanted from the public: more data. Speaker after speaker was asked to submit the sorts of well-controlled studies FDA regulators have come to expect when dealing with the more established pharmaceutical and medical device industries.

But CBD makers, it seemed, were new at this. Seemingly basic questions from FDA regulators, like: What exactly is a “full spectrum” hemp oil? How young is too young for exposing consumers to CBD? And is CBD psychoactive? all went largely unanswered from speakers.

Perhaps nowhere was that more apparent than when the co-chair of FDA’s CBD working group, Lowell Schiller, pressed James Shults, who was speaking on behalf of a CBD cosmetic company, Wildflower Brands, for a clearer definition of what it meant for a CBD cosmetic to be “more effective” as a beauty product.

Shults demurred, claiming that the product promotes “a higher sense of personal attraction,” which he admitted was not a “clinical definition.”

This article is reproduced with permission from STAT. It was first published on May 31, 2019. Find the original story here.

Left: Candy made with cannabidiol, or CBD, is displayed at The Cannabis World Congress & Business Exposition trade show in New York City on May 30. Photo by Mike Segar/Reuters