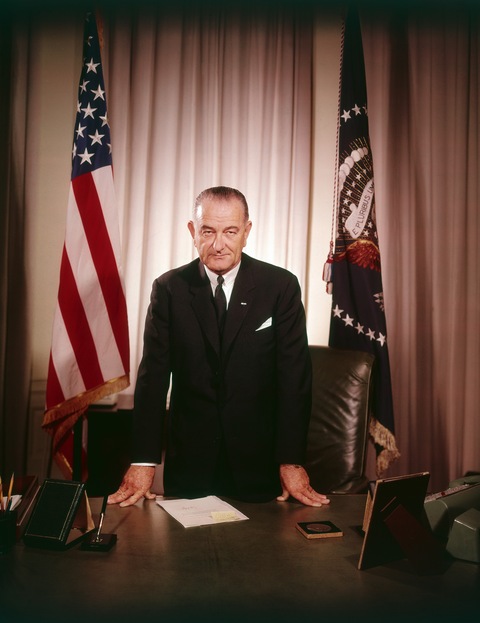 The hefty fourth volume in his series of biographies is “The Passage of Power.” It covers the pivotal four years between 1960 and 1964 — as Johnson rose from senator to vice president — and then, through the stunning tragedy of the Kennedy assassination — to president.

A fifth volume is also in the works.

On Thursday’s NewsHour broadcast, Caro sits down with Gwen Ifill. Here is an extended exchange from their discussion plus some photos from his latest book:

> GWEN IFILL: I have to ask you about how you do this: There have been four of these books, all roughly this size. You write them in your office with your typewriter, longhand in Central Park and you have another one to go.

In the first place, how can you be bored by him? But more than that these books aren’t just about — in my opinion, they’re not just about Lyndon Johnson. They’re about different forms of political power. That’s what I’m trying to examine.

By examining the life of the man who used political power better than any president from the second half of the 20th century. “Master of the Senate” is about how power works in the Senate. This is about how a president, what can a president do.

You see him in this great crisis after Kennedy’s assassination. You see him use the full potentialities of presidential power. You want to know what the president can do, the full potential of it? Watch Lyndon Johnson in the seven weeks after Kennedy is assassinated. He not only gets the Civil Rights Bill and the tax cut bill moving, but he starts the “War on Poverty” in this brief period of time. 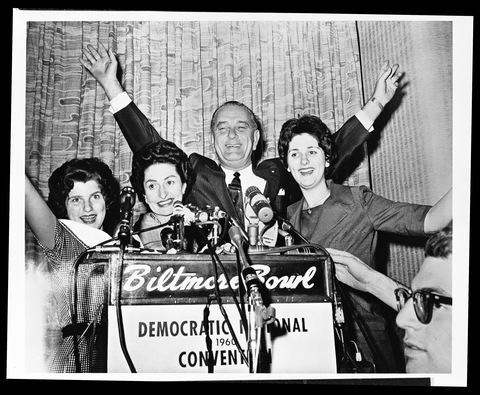 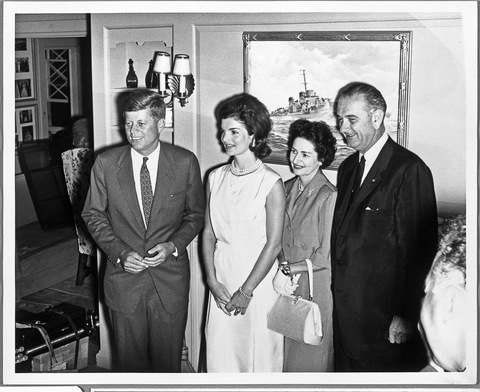 The candidates and their wives together at Hyannis Port, Maine, after the party convention; LBJ Library photo 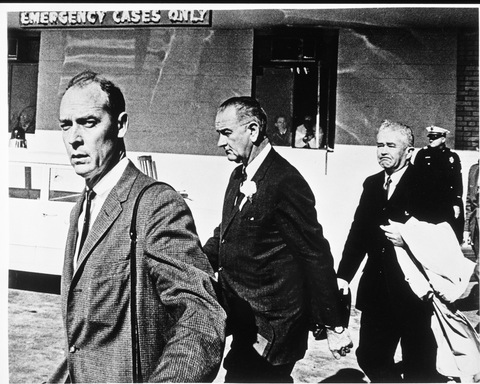 LBJ leaves Parkland Hospital after the death of JFK. Secret Service Agent Rufus Youngblood is at left, and Rep. Homer Thornberry is at right. LBJ Library photo by Frank Muto 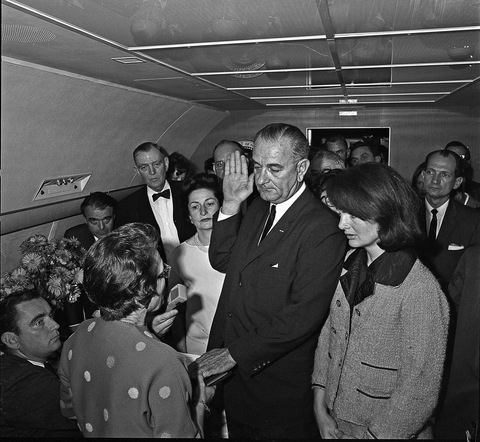 On Air Force One in Dallas, LBJ, with Lady Bird Johnson and Jacqueline Kennedy by his side, is sworn in as president by Judge Sarah T. Hughes; LBJ Library photo