Democrat Joe Biden has won New Hampshire and its four electoral votes, holding on to a state that President Donald Trump only narrowly lost in 2016.

The state was considered a 2020 battleground despite not going for a Republican presidential candidate since George W. Bush in 2000.

Four years ago, Democrat Hillary Clinton won the small state over Trump by roughly 2,700 votes. That’s less than 1% of the 732,000 ballots cast, and it was the second-closest margin of victory in the country. 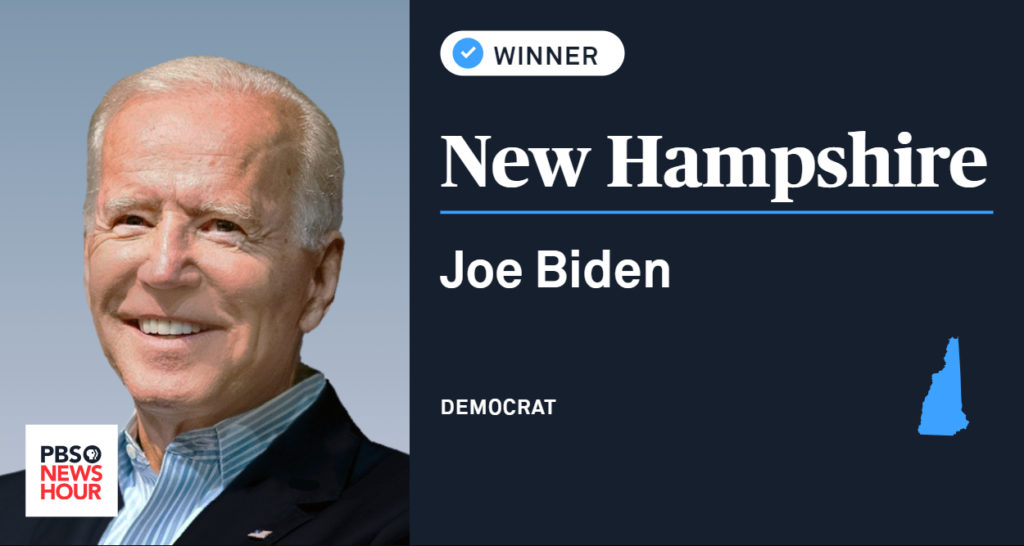 Biden didn’t fare as well in New Hampshire’s first-in-the-nation Democratic primary in February. He finished a dismal fifth, behind Bernie Sanders, Pete Buttigieg, Amy Klobuchar and Elizabeth Warren. But his candidacy took off after a commanding win later that month in the South Carolina primary, leading to the exits of several of his competitors.