NEW YORK — New York City Mayor Bill de Blasio announced Thursday that he will seek the Democratic nomination for president, adding his name to an already long list of candidates itching for a chance to take on Donald Trump.

The mayor announced his run with a video released by his campaign.

In announcing his candidacy, de Blasio seeks to claim a role on the national stage that has eluded him as mayor of the biggest U.S. city.

When he took office in 2014, de Blasio seemed briefly poised to become a leading voice for an emerging left wing of the Democratic Party.

But liberal enthusiasm faded over his first term, partly because of political missteps at home and the emergence of bigger names elsewhere. He could face obstacles trying to distinguish himself in a crowded field.

During a Thursday morning appearance on “Good Morning America,” de Blasio borrowed one of Trump’s favorite tactics by giving the president a disparaging nickname: Con Don.

“He’s a con artist. I know his tricks I know his playbook,” the mayor said.

De Blasio, 58, has drawn small audiences so far in visits to early primary states including Iowa, South Carolina, Nevada and New Hampshire, where an audience of six showed up for a mental health discussion.

De Blasio’s hometown press has, so far, delighted in disparaging his presidential hopes.

De Blasio, though, has remained undaunted by the obstacles and said he believes he has a message that can resonate with the American public.

On Thursday, when asked about the Quinnipiac poll, de Blasio laughed and pointed that those same voters had elected him to office twice. 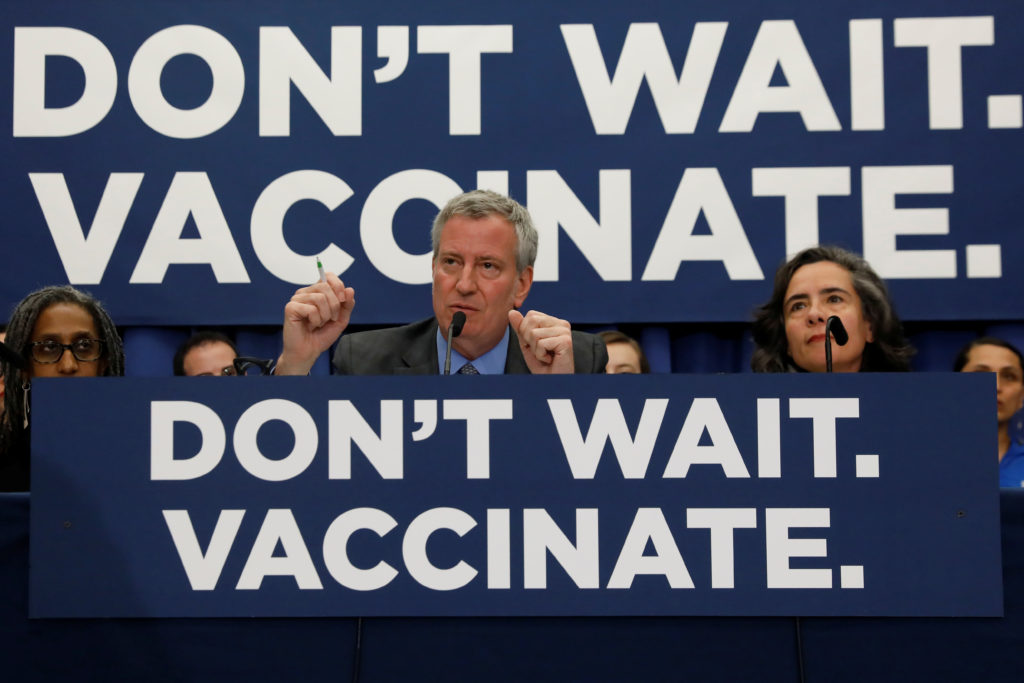 New York City Mayor Bill de Blasio speaks during a news conference declaring a public health emergency in parts of Brooklyn in response to a measles outbreak, requiring unvaccinated people living in the affected areas to get the vaccine or face fines on April 9, 2019. Photo by REUTERS/Shannon Stapleton

Political observers said that even if de Blasio’s candidacy doesn’t catch fire, he’ll be able to promote his policies and potentially angle for a job in a future Democratic administration. He is barred by term limits from running for mayor again.

“If he ran a strong and credible campaign, it could enhance his stature for gaining a major appointment or becoming a significant player, particularly if a Democrat is elected president,” said Michael Malbin, a professor of political science at the University at Albany.

“If his legacy is that a crisis happened and he was off campaigning in Iowa, that’s significant,” Dallek said. “So yeah, there are risks.”

On the campaign trail, de Blasio will be able to cite accomplishments like expanding full-day prekindergarten and curtailing police tactics that critics said were discriminatory, while presiding over continued drops in violent crime.

De Blasio was born Warren Wilhelm Jr. in 1961 but took his mother’s family name in adulthood because, he said, his father was “largely absent from his life.” The mayor has spoken about how his father, Warren Wilhelm, a veteran who lost part of his left leg in World War II, descended into alcoholism and killed himself when de Blasio was 18.

Born in New York City, de Blasio grew up in the Boston area and has provoked New York sports fans by rooting ardently for the Boston Red Sox. He graduated from New York University and earned a master’s degree from Columbia University’s School of International and Public Affairs.

De Blasio met his wife, Chirlane McCray, when they both worked for Democratic Mayor David Dinkins. They married in 1994 and have two children, Chiara and Dante. 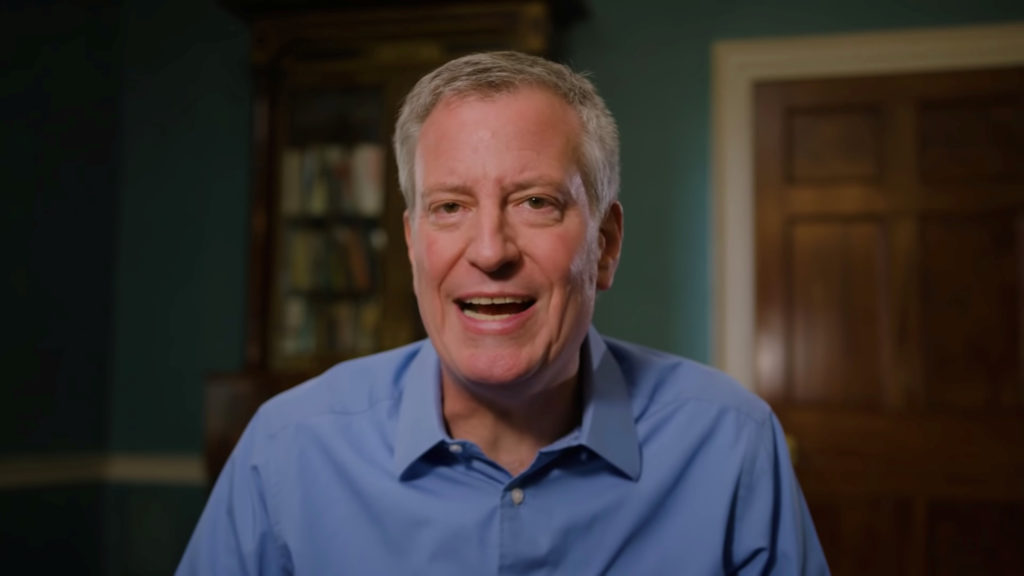 De Blasio was elected to a local school board in his Brooklyn neighborhood in 1999 and won a City Council seat in 2001. In 2009, he was elected to the citywide position of public advocate, a job that holds little real power but comes with a bully pulpit that allowed de Blasio to build a reputation as a champion of regular citizens in a city built for the powerful.

He was not initially favored to win the 2013 race for the Democratic nomination for mayor but was helped by the implosion of rival Anthony Weiner’s campaign after the disgraced former congressman was accused in a new sexting scandal.

With his candidacy, de Blasio becomes the latest in a line of New York City mayors who have run for president. None has ever won.

John Lindsay sought the office in 1972. Rudy Giuliani ran in 2008. Michael Bloomberg flirted with a run for years before ruling it out in both the 2016 and 2020 campaigns.