WASHINGTON (AP) — Brent Scowcroft, who played a prominent role in American foreign policy as national security adviser to Presidents Gerald Ford and George H.W. Bush and was a Republican voice against the 2003 invasion of Iraq, has died. He was 95.

Scowcroft was the only person to serve as national security adviser to two different administrations. His appointment by Ford in 1975 came as Scowcroft retired from the Air Force with the rank of lieutenant general. He advised Bush, by then a close friend, during the four years of the Bush administration, 1989-93.

In a study of Scowcroft’s career, historian David F. Schmitz noted that Scowcroft had been at the center of numerous post-Vietnam War discussions of American foreign policy. He was part of the presidential administrations that grappled with U.S. responses to the collapse of communism in Europe, the crackdown in China after the Tiananmen Square protests, and Saddam Hussein’s invasion of Kuwait and the subsequent Gulf War.

“The key tenets of his thinking, shaped by the Second World War, were that national security policy had to protect the nation from aggression, provide international stability, control arms while maintaining preparedness, and shape an international environment that was conducive to America’s goals and needs,” Schmitz wrote.

“I don’t have a quick, innovative mind. I don’t automatically think of good, new ideas. What I do better is pick out good ideas from bad ideas. … It is comforting to be doing things that make a difference. In the end, it’s the job that’s more important.”

Described as both gentle and tough, a brilliant coordinator most concerned with results, a tireless worker used to 18-hour days, Scowcroft offered a self-assessment to The Washington Post on the eve of the George H.W. Bush administration: “I don’t have a quick, innovative mind. I don’t automatically think of good, new ideas. What I do better is pick out good ideas from bad ideas. … It is comforting to be doing things that make a difference. In the end, it’s the job that’s more important.”

Scowcroft was born March 19, 1925, in Ogden, Utah, where his father owned a wholesale grocery business. He graduated from the U.S. Military Academy at West Point in 1947 and then joined the Army Air Corps, which soon became the Air Force. Only a few months after completing pilot training, he broke his back in the crash of an F-51, which put him in the hospital for two years. 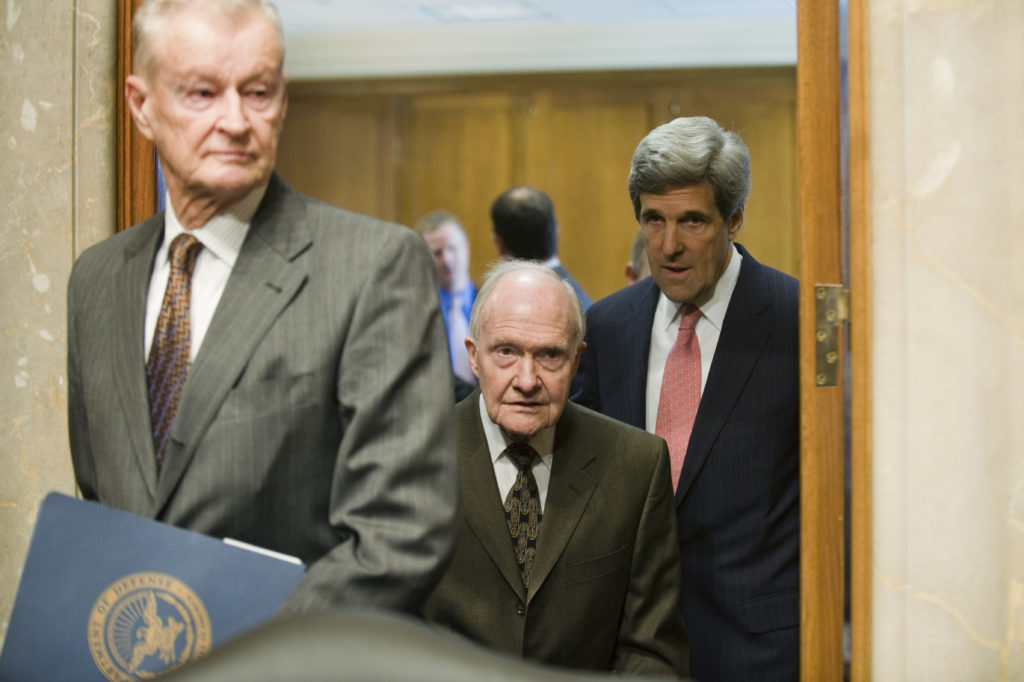 Refocusing his military career on strategy and planning, Scowcroft earned a master’s degree at Columbia University in 1953 and then taught Russian history at West Point. In 1957, he began studying at the Strategic Intelligence School in Washington. Two years later, he was an assistant air attaché in the American Embassy in Belgrade, Yugoslavia, then taught political science at the U.S. Air Force Academy.

Scowcroft was assigned to Air Force headquarters and the Defense Department during the 1960s and earned a doctorate in international relations from Columbia in 1967. He was appointed military assistant to President Richard Nixon in 1972. A year later he became deputy assistant for national security under Henry Kissinger, Nixon’s national security adviser.

After leaving the White House with the election of Democrat Jimmy Carter in 1976, Scowcroft set up a consulting firm serving international businesses and eventually joined Kissinger in creating Kissinger Associates, a consulting firm with similar goals.

Scowcroft served on Carter’s advisory committee on arms control and was chairman of President Ronald Reagan’s Commission on Strategic Forces, which focused on the effort to modernize U.S. nuclear weapons. He also served on the three-member Tower Commission, which investigated the arms-for-hostages affair that occurred during the Reagan administration.

Scowcroft had been a close friend of George H.W. Bush since they had served together in the Nixon administration. With Bush’s election in 1988, Scowcroft was interested in leading the Pentagon as defense secretary during the Bush administration. He accepted a return engagement as national security adviser when he realized he would be at the president’s side instead of running the massive bureaucracy at the Defense Department. 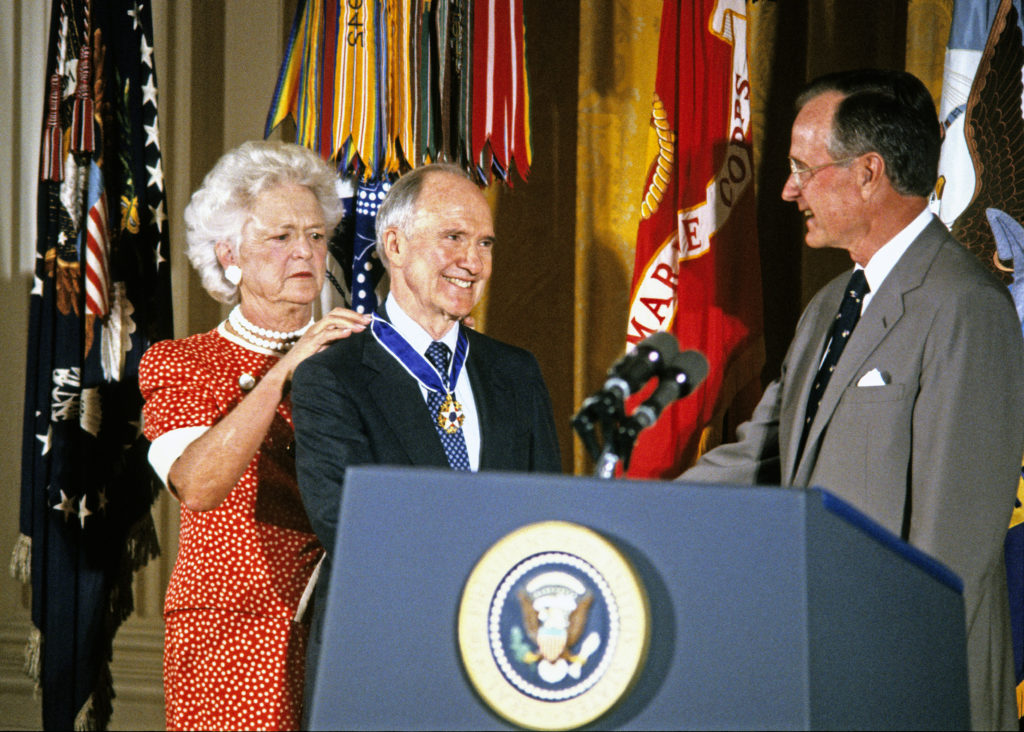 After Bush lost his reelection bid to Democrat Bill Clinton in 1992, Scowcroft returned to consulting. He co-wrote with Bush a book about the Cold War, “A World Transformed,” published in 1998, and with Carter national security adviser Zbigniew Brzezinski the book “America and the World: Conversations on the Future of American Foreign Policy” in 2008.

In 2002, Scowcroft angered the White House of his friend’s son, President George W. Bush, when he publicly expressed the view that little evidence tied Saddam Hussein to terrorist organizations and warned that war with Iraq could damage if not destroy U.S. alliances in the region.

In a column for The Wall Street Journal, Scowcroft wrote: “The central point is that any campaign against Iraq, whatever the strategy, cost and risks, is certain to divert us for some indefinite period from our war on terrorism. Worse, there is a virtual consensus in the world against an attack on Iraq at this time. So long as that sentiment persists, it would require the U.S. to pursue a virtual go-it-alone strategy against Iraq, making any military operations correspondingly more difficult and expensive.”

Given his relationship with the Bush family, Scowcroft’s criticism of the administration carried particular weight. “I thought they were rushing to judgment and making a serious mistake,” Scowcroft recalled during an interview with the West Point Center for Oral History. His concerns, made privately before he spoke out publicly, were “pretty much rejected” by the younger Bush’s White House, he said.

Scowcroft married Marian Horner in 1951; she died in 1995. He is survived by a daughter, Karen, and a granddaughter, Meghan.

Left: Brent Scowcroft, who played a prominent role in American foreign policy as national security adviser to Presidents Gerald Ford and George H.W. Bush and was a Republican voice against the 2003 invasion of Iraq, has died. He was 95. File photo by Getty