SACRAMENTO, Calif. — Top national Republicans and grassroots donors alike have poured money into the campaign to repeal a recent gas tax increase in California with the hopes it will drive turnout in November and help the GOP hold onto U.S. House seats in the heavily Democratic state.

But they face an uphill battle against opponents with far more cash, who say the increase is needed to repair the state’s crumbling roads. 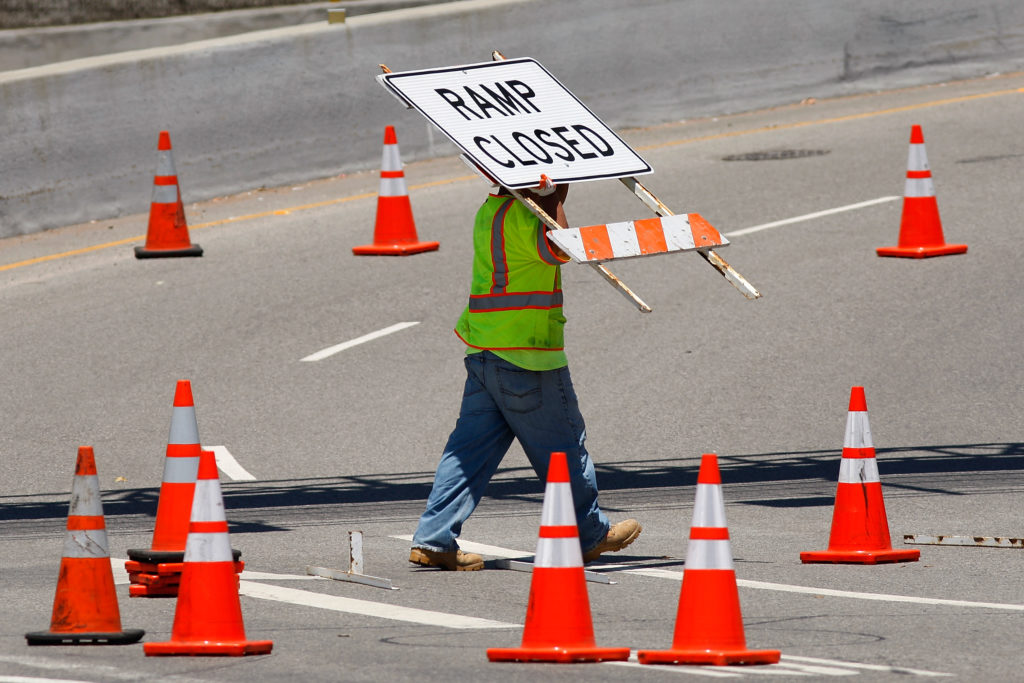 A worker removes road barriers from an onramp as the 405 freeway reopens after the demolition of the Mulholland Drive bridge in Los Angeles, California July 17, 2011. Photo by David McNew/Reuters

Republicans argue Californians are fed up with the high cost of living and Democratic dominance in the Legislature. They see the gas tax repeal as essential to boosting turnout among voters who care about pocketbook issues and staving off Democratic efforts to flip GOP-held U.S. House seats in Orange County and the Central Valley.

“It’s the most significant thing that will drive turnout,” said Jennifer Jacobs, a Republican strategist who lives in one of the contested districts. “It’s the one thing that’s on the ballot that Republicans can unite about from an issue standpoint.”

Campaign reports filed this week show thousands of smaller-dollar donors are also contributing to the initiative. Donors who gave less than $1,500 have contributed at least $1 million to the effort.

Those donors, many of whom gave in repeated donations as small as $10, contributed through a political committee run by San Diego talk-radio host Carl DeMaio, a chief opponent of the gas tax increase. His committee also ran a successful effort earlier this year to recall a Democratic state senator who voted for the gas tax.

By contrast, the campaign to keep the gas tax increase has raised little from small-dollar donors. Still, it’s raked in a whopping $15 million this year, nearly four times opponents’ haul. The bulk has come from deep-pocketed donors, including construction companies and their unions. The California Democratic Party has kicked in $115,000.

Gov. Jerry Brown, who pushed for the gas tax increase and has pledged to campaign aggressively to keep it, said the driving in California will get a lot worse if the tax hike is repealed.

⚠️ This flawed and dangerous measure pushed by Trump’s Washington allies jeopardizes the safety of millions of Californians by stopping local communities from fixing their crumbling roads and bridges. Just say no. 👎 https://t.co/poYNjiPAVA

The fee increases are expected to generate $5 billion per year through a 12-cent-per gallon increase in gas taxes, a hike in diesel taxes and new vehicle fees. The taxes and fees rise each year with inflation.

“If we go back and reduce local transit, local buses, local trains, and then we have our roads deteriorate further, yeah, life will be more difficult, the quality of life will not improve,” Brown said this week. He added he thinks people will want to keep the investment in transportation infrastructure. 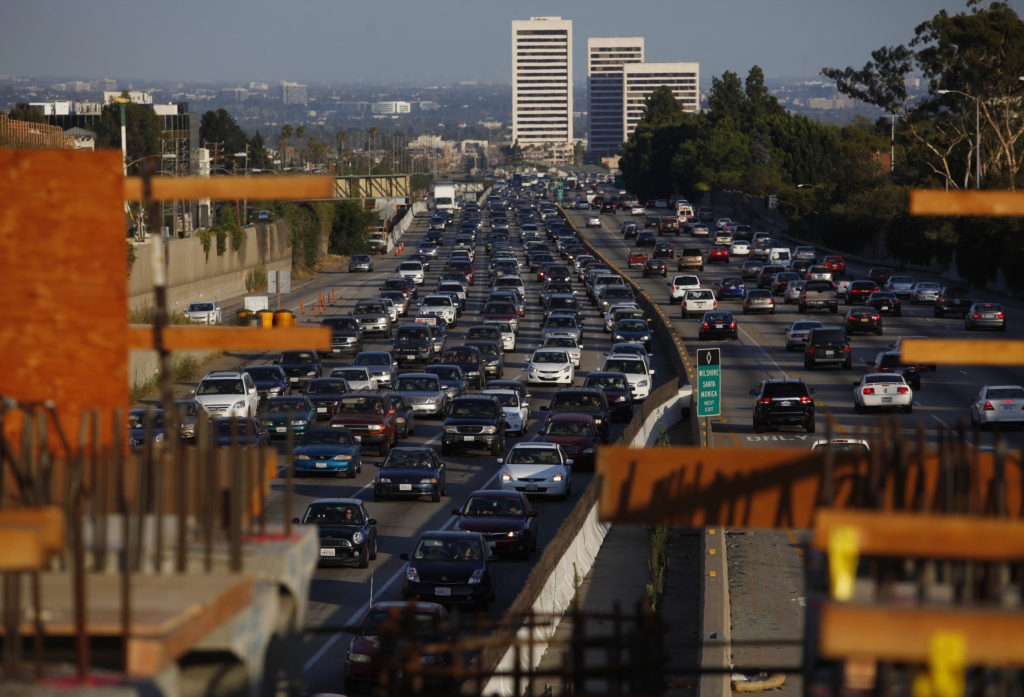 Many of the donations from prominent Republicans came in before the June 5 primary, when Republicans were unsure if candidate John Cox would make it through to November. In California, the top two primary finishers advance to the general election regardless of party.

“It was originally designed to help Republicans who were concerned that they were going to be locked out of the governor’s race,” said Wesley Hussey, a political science professor at California State University, Sacramento. “They saw this initiative as a way of boosting conservative and Republican turnout that might otherwise stay home.”

Cox made it through to November, where he’ll face Democratic Lt. Gov. Gavin Newsom. He’s so far raised about $4.7 million, including a $2.5 million loan to his own campaign. His $1.5 million in the bank at the end of June paled in comparison to Newsom’s $11.1 million.

Cox has made opposition to the gas tax a central part of his argument that Democrats have made California unaffordable. And at $250,000, he’s the third largest donor to the anti-gas tax efforts, behind the California Republican Party and McCarthy. 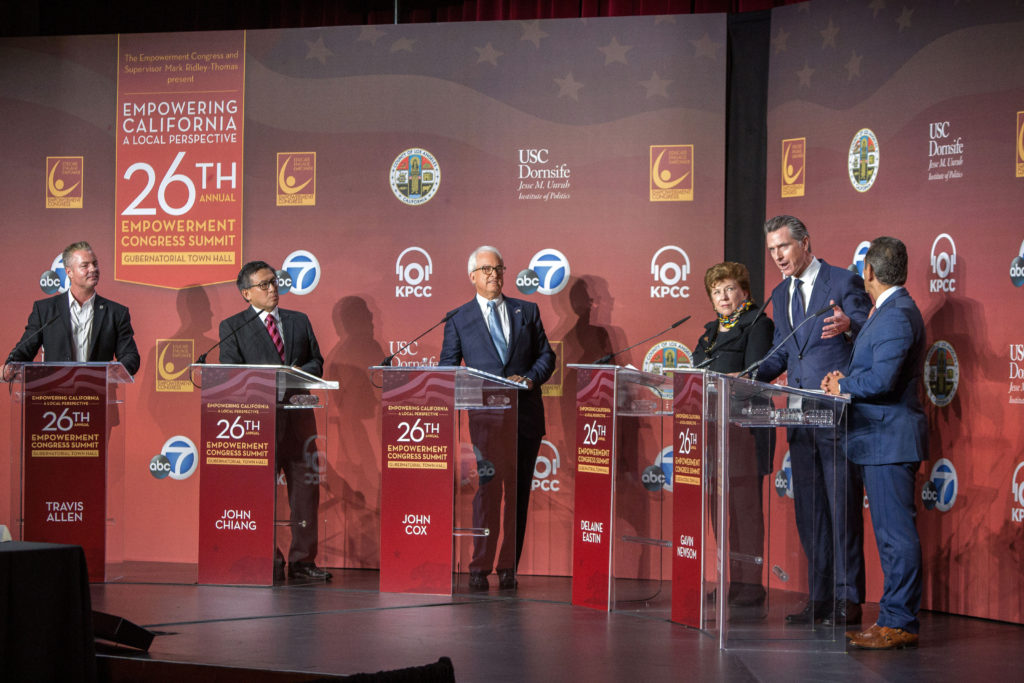 Now that top Republicans know they have a candidate at the top of the ticket, they may not continue to fund the repeal effort, Hussey said. Supporters of the measure to eliminate the tax hike have spent most of the money the Republican establishment poured into the campaign.

The campaign has hosted a handful of fundraisers, including one at an outlet mall in Orange County, but mostly relies on email and online fundraising, DeMaio said. The former San Diego city councilman said it’s an issue that has attracted grassroots support because it affects working Californians who are struggling to afford to live in the state.

“Anyone who supported the gas tax increase better be wary because they voted to increase working families’ cost of living,” he said.