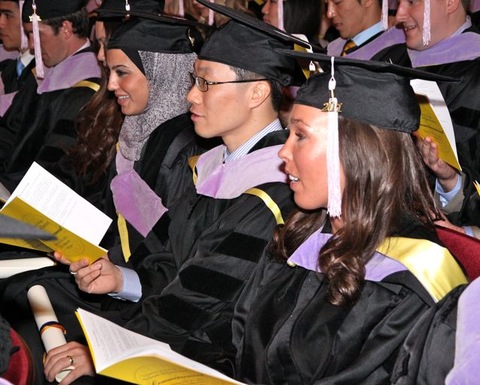 In the two weeks since Washington passed an 11th-hour deal to raise the debt ceiling and avoid a default by the federal government, some winners and losers have begun to emerge from the compromise to cut trillions of dollars from the U.S. budget.

In Patchwork Nation, the high-tech university centers known as Campus and Careers are likely to take a series of hits and that could spell trouble for Democrats who rely on these counties for support.

Few, but Crucial Counties for Democrats

Although only 71 of these counties exist across 26 states, these reliably Democratic counties have played important roles for Democrats running statewide campaigns in parts of the Midwest, Northeast and along the Pacific.

These counties, with large populations of students and highly educated liberal voters, helped deliver wins for Democrats in 2008 like Baron Hill in Indiana and President Obama’s Iowa victories in the Caucuses and general election.

Two years later, voter turnout sagged in these counties, partly connected to off-year election interest – students are notorious for tuning out in non-presidential elections – but also tied to anger at many Democrats and the president. (Hill lost his bid for re-election.) The universities that have served as the bedrock of these counties have struggled as the stimulus money that flooded into many institutions in 2009 and 2010 began to dry up.

Now these counties are set to take a real hit from the debt-ceiling agreement and could face further cuts should the bipartisan “super committee” achieve its mission of cutting a further $1.5 trillion in federal spending.

Campus and Career counties have reaped the benefits of government investment in research and development, particularly in the areas of alternative energy and medicine.

As Patchwork Nation reported last week, with the economy sagging in the Monied Burbs, one of the few economic bright spots has been the Campus and Careers areas, which have one of the country’s lowest unemployment rates (8.1 percent in June) and a steady income of research money.

Now those dollars are in jeopardy.

This poses a double risk for Democrats in particular who relied on Campus and Career communities for support in difficult statewide races in places like Michigan and New Hampshire.

First, there are the economic implications of the cuts for these communities.

These towns now face the loss of federal research dollars flowing to institutions such as the University of Iowa that have fueled the local economies and helped these areas largely avoid the high unemployment and hardship numbers seen elsewhere in the country.

In particular, clean-energy companies and research institutes appear set to take a beating.

Additionally, many of these research universities are fueled by students who take out large loans for undergraduate and graduate coursework. Another provision of the debt-ceiling deal will likely lead to students having to pay thousands more in interest to pay off those loans, according to the Detroit Free Press, though that pain would be spread out over future years for most students.

Although some of the more serious cuts to programs like the Pell Grants were not implemented, cuts to higher education still pose a real threat, university officials say.

“It’s like termites in the wall, gradually eating away at the underpinnings of our innovation,” Barry Toiv, the vice president of public affairs for the Association of American Universities, told The Associated Press. “If you do that over a long period of time, at some point you’re no longer leading the world. And eventually, like with termites in the wall, you’re not really going to have a house anymore.”

The Danger of Messing with Mother Earth

But the debt-ceiling deal also poses a political risk for Democrats in these counties by taking aim at one of this community type’s sacred cows: the environment. By putting clean energy and other environmental programs on the chopping block, Democrats risk further angering liberals in these counties who traditionally count “going green” as a critical issue for their support.

Most environmental groups were quick to decry the debt-ceiling deal, expressing concern that the deep cuts to domestic discretionary spending would likely hit environmental enforcement and green energy programs hard.

“The draconian cuts passed are likely to mean more people out of work, more people drinking poisoned water and breathing polluted air, and a slower transition to a clean energy economy,” Eric Picah of the environmental group Friends of the Earth warned.

Although many of the community types express a desire for a clean environment, these Campus and Career counties mean it. In college communities where students often seek and find their own individual causes, Patchwork Nation has found the environment is one issue that unites most students. Should the president and Democrats be seen as too quick to cast aside conservation, these voters may turn to the Green and other parties or simply not show up come November 2012.

A look at Campus and Career communities such as Dubuque or Ann Arbor finds areas that have weathered the economic recession well, but often by relying on federal or corporate research and development dollars. Now with deep cuts in federal programs coming and a shaky economy inhibiting corporate spending, these communities are poised to face some dark days ahead.

Politically, the question is how will they respond to the darkness? Will they blame the president and Democrats for not doing to more stand up for the environment and education, or will they get organized and get out the vote in 2012 like they did in 2008. The answer could decide whether states such as Indiana, Iowa and North Carolina remain in President Obama’s column or go for the Republicans.