Can running for president help your bottom line?

As the 2016 election gets into full swing, all eyes are on Ted Cruz, Hillary Clinton and the rest of the top-tier candidates vying for strong finishes in Iowa and New Hampshire.

But what happens to all the long-shot candidates once they drop out of the race? (Already, two Democrats and three Republicans have ended their White House bids, and several others polling around zero percent are on the brink of dropping out).

A select few have taken the path of former Senator John Kerry, who revived his political stature by succeeding Hillary Clinton as secretary of state. Some have built powerful media and business brands. And others have fallen out of the spotlight and into relative obscurity. A look back at the fortunes of recent candidates who fought for the presidency and failed is essential to answering the question: Does running for president help your bottom line and public image?

A most unlikely candidate, the former chief executive of Godfather’s Pizza gained political notoriety and some minor celebrity status after taking on President Bill Clinton during a televised town hall in a debate over health care. After snagging “surprise choice for a 2012 GOP nominee” in a reader poll on the conservative website RedState.com, Cain’s unapologetic campaign did surprisingly well, winning a straw poll among Florida GOP voters and at the National Federation of Republican Women’s convention.

The tides eventually turned for Cain, however, due to accusations of sexual harassment from four women during his time as CEO of the National Restaurant Association, and media coverage of a woman claiming a 13-year affair. These scandals led to a drop in his numbers and the suspension of his campaign. Yet after his campaign flameout, Cain remains heavily involved in politics. When he’s not live tweeting the GOP debates to his 350k followers, Cain keeps himself busy as a Fox News Contributor and host of a radio talk show. His is also the author of various books and a website.

After losing the 1988 presidential race to George H.W. Bush, then-Massachusetts Governor Michael Dukakis announced that he would not seek a fourth term in office. Now Dukakis spends his time as a political science professor at Northeastern University, and a visiting public policy professor at UCLA. He also collects turkey carcasses to make soup for his extended family every winter. One can even find him picking up trash in his hometown of Brookline, Mass. 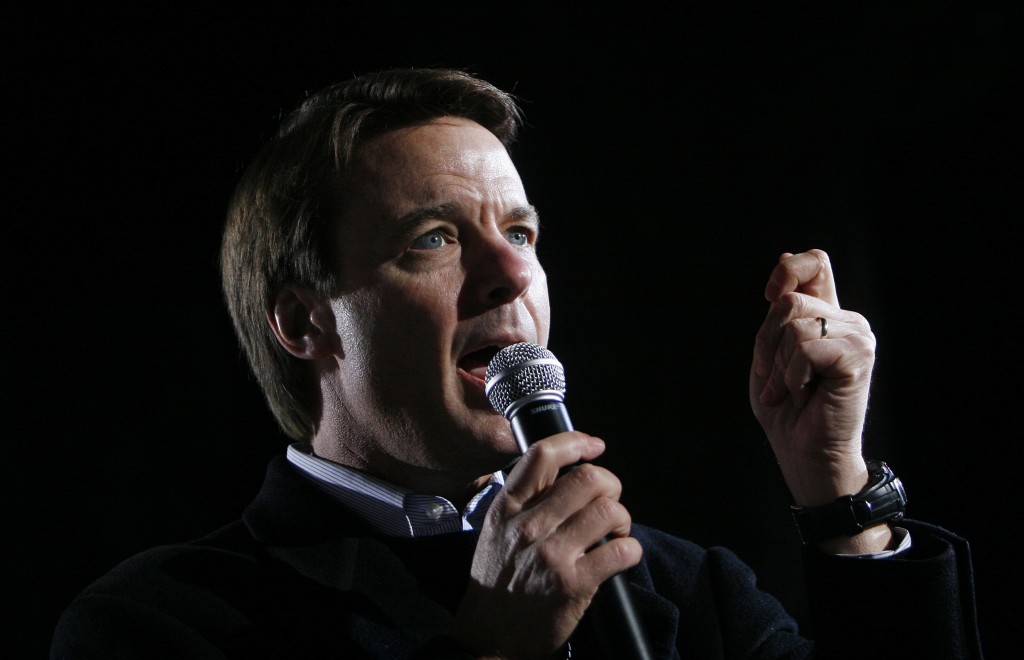 One of the most spectacular recent falls from grace belongs to former Democratic Senator John Edwards of North Carolina. After running as the party’s vice-presidential nominee in 2004, Edwards marked 2008 as his time to shine. But he placed third in the New Hampshire and South Carolina primaries, and suspended his campaign shortly thereafter.

The start of his troubles began after he admitted to cheating on his wife, who was diagnosed with terminal breast cancer, with a former campaign worker in 2008. Later Edwards acknowledged that he had fathered a child with the woman during their affair. His political career went further south when Edwards was indicted by a federal grand jury in 2011 and put on trial in North Carolina for alleged misuse of campaign funds to cover up his affair. Facing up to six felony charges, a 30-year sentence and a $1.5 million dollar fine, Edwards was found not guilty and all the charges were subsequently dropped in 2012.

Edwards withdrew from public life after the scandal, and spent time traveling to El Salvador and Haiti, where he built homes for the poor. He later co-founded Edwards Kirby, a law firm in North Carolina that specializes in personal injury.

After losing the 2000 election to George W. Bush, the former 45th vice president, senator and House member from Tennessee went on to forge a lucrative private sector career. Gore’s net worth in 2000 was about $1.7 million; in 2013, Bloomberg estimated his net worth at $200 million. In the intervening years, Gore starred in the Oscar-winning 2006 documentary An Inconvenient Truth, and was a co-recipient of the Nobel Peace Prize in 2007 for his work on climate change (The documentary also won a Grammy for Best Spoken Word Album). Gore also founded (and later sold) Current TV, has served as an adviser to Google, and is a member of Apple, Inc.’s board of directors. According to his website, Gore spends the majority of his time as chairman of The Climate Reality Project, a nonprofit devoted to battling climate change. He has 2.9 million followers on Twitter.

A quintessential businessman, Perot started his life as a salesman for IBM after leaving the Navy and went on to found his own data systems business. Before his 1992 presidential election, Forbes estimated that Perot was worth $2.4 billion. Perot proclaimed that he would run as an independent only if he made it onto the ballot in every state. Perot won the highest level of support for a third-party candidate in nearly six decades. He ran again in 1996, founding the Reform Party and winning its presidential nomination, but garnered far fewer votes than his previous run. The Reform Party has since faded, and Perot retired from Perot Systems in 2009. In 2012, Perot publicly endorsed Mitt Romney and criticized President Barack Obama. Perot has authored several books on both his life and business philosophies. Forbes estimated the 85-year-old’s net worth at $3.9 billion dollar this year and ranked him as the 138th richest man in America. Not bad.

McKinney is one candidate whose career before running for president was arguably more tumultuous than her White House run or life thereafter. As a member of the Democratic Party, McKinney served six terms as a House member from Georgia. Her congressional career was marked with several flops, including making some anti-Semitic remarks and allegedly punching a Capitol Hill police officer.

After leaving the Democratic Party, McKinney was tapped by the Green Party for the 2008 presidential election. She secured the nomination at the Green Party National Convention that summer, but McKinney only received 0.12 percent of the vote in the general election. Since then, McKinney has continued her activism with the Free Gaza Movement and her opposition to the 2011 military intervention in Libya. Earlier this year she earned her PhD at Antioch University and remains active and engaged with 12,000 followers on Twitter.

And then there’s Ralph Nader. The author, lawyer and activist ran for the presidency two more times after the 2000 election, and has sued the Democratic National Committee, the ‘04 Kerry-Edwards campaign and various super PACs along the way. In his private life, Nader continues to be an advocate and author: he published, “Unstoppable: The Emerging Left-Right Alliance to Dismantle the Corporate State,” in 2014. And this year he opened the American Museum of Tort Law in Winsted, Connecticut. He also continues to speak out on Twitter, where he has 36,000 followers.

Left: Businessman Ross Perot at a campaign event on Nov. 1, 1992. Former presidential candidates have had a wide range of career experiences after running for the White House. Photo by Sam Mircovich/Reuters