Two weeks after hundreds of thousands of protesters flooded cities across the country, in a massive show of support for women’s and human rights, the organizers behind the Women’s March on Washington and its offshoots are searching for ways to turn that enthusiasm into real and lasting change.

President Donald Trump’s actions have energized his opponents in the opening days of his presidency. But the fast pace of events in the two weeks since the Women’s March have also underscored the political challenges inherent in organizing a wide-ranging opposition movement.

Last week, for example, the Women’s March organizers’ newly-formed “rapid response” team, along with the American Civil Liberties Union and other organizations, used email, Facebook and text messages to help spark spontaneous protests at airports around the country, after President Trump signed an executive order stopping refugees from entering the United States.

As members of the Senate Judiciary Committee weighed the nomination of Sen. Jeff Sessions last week, a handful of opponents protested outside. Critics have mounted similar protests against several other cabinet nominees, and a fight is brewing over Neil Gorsuch, President Trump’s top choice for filling the vacancy on the Supreme Court.

The demonstrations have garnered attention. But it’s less clear if they will help bring about actual policy changes in Washington, D.C.

After taking office, President Trump swiftly signed executive actions beginning the repeal of the Affordable Care Act and ordering the construction of a wall on the Mexican border. His administration has doubled down on the controversial refugee order, which is now mired in a legal battle after a federal judge ordered a nationwide stay on the ban.

Despite strong Democratic opposition, the Judiciary Committee gave Sessions its stamp of approval, paving the way for a full Senate vote. None of the president’s other cabinet nominees have been blocked.

President Trump himself has repeatedly dismissed the protesters.

“Watched protests yesterday, but was under the impression that we just had an election! “Why didn’t these people vote?” President Trump tweeted on the day after the Women’s March. Later in the day he tweeted that peaceful protests are a “hallmark of our democracy.”

Since then, he has blamed protesters against his immigration order for delays at airports and called others “professional anarchists, thugs, and paid protesters.”

Professional anarchists, thugs and paid protesters are proving the point of the millions of people who voted to MAKE AMERICA GREAT AGAIN!

“This is a marathon not a sprint,” said Bob Bland, one of the national co-chairs of the Women’s March on Washington. “We need to be responsive, not reactive, to the challenges ahead.”

Successful social movements are usually built over time, said Zeynep Tufekci, a professor at the University of North Carolina who studies how technology impacts politics and social movements.

Yet Tufekci also warned against complacency. While the bigger-than-expected attendance at the Women’s March last month was viewed as a success by its organizers, Tufekci said that putting together large groups of people on short notice is much easier today than ever before thanks to social media.

“In the past, you would see a protest this size, and you would say it’s going to do lots of things,” she said. “Now, it’s easy to hold this big of a protest.”

Historically, large-scale marches represented the culmination of years of dissent, oftentimes started at the local level, she said. Today, that formula has flipped. The national Women’s March, held the day after Mr. Trump’s inauguration, seemed to be the first step in a broader movement against his presidency. 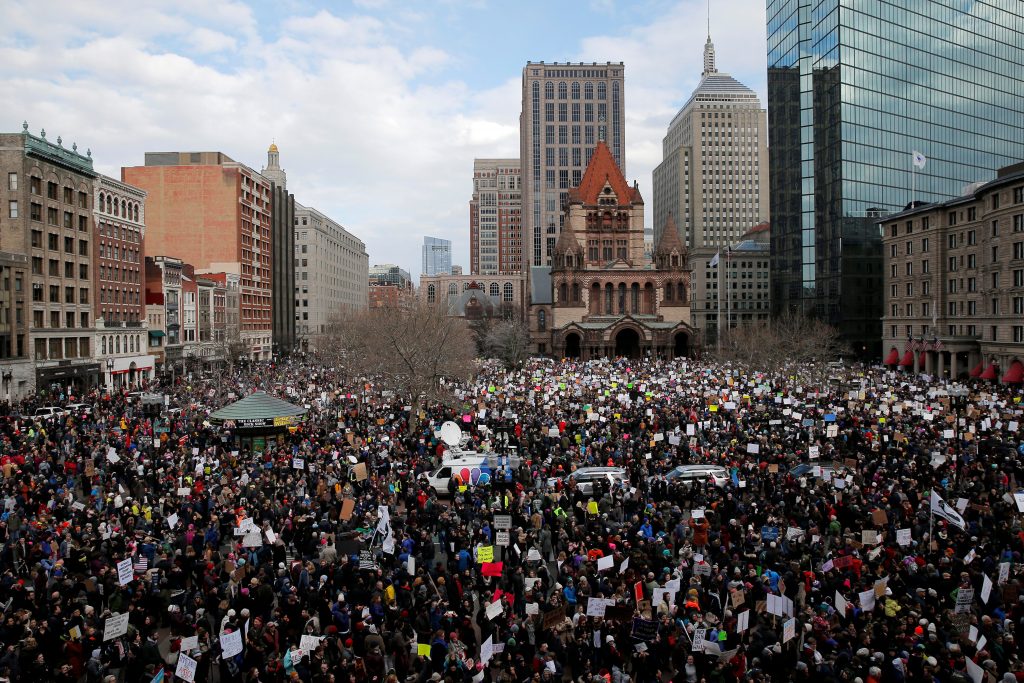 On Monday, the Women’s March organizers tweeted they were planning another large-scale protest, called “General Strike: A day without a woman.” What the strike might look like isn’t clear, though some supporters are calling for the strike to take place March 8, International Women’s Day.

But if organizers want to keep their momentum going, Tufekci said they’ll need to start connecting with people on the local level.

The Women’s March organizers appear to be heeding that advice. The group put out a call last week urging its network of supporters to hold small brainstorming sessions to formulate a longer-term plan. The leaders billed the meetings as the next big “action” in their campaign against President Trump’s first 100 days in office.

Less than a day after the call to action was issued, hundreds of meetings were scheduled across the country.

Amanda Forman, one of the organizers for the March on Oklahoma, which took place the same day as the national march in Washington, D.C., said her first priority was to connect people who came to the march with existing organizations in her community.

“We don’t have an interest in recreating the wheel.”

“We don’t have an interest in recreating the wheel,” Forman said. “But there is not current a system or organization in place that has the captive audience we have right now.”

Even before the Women’s March, organizers said one of their main goals was to connect people to established organizations that have avenues to influence policy. The failure to do so, Tufekci said, could cause momentum to stall as it did with Iraq war protests in 2003 or, more recently, Occupy Wall Street.

MomsRising, a Seattle-based organization, is one of such established groups that’s hoping to harness the energy of the anti-Trump movement.

Last week alone, the group asked volunteers to voice their opposition to Betsy DeVos’ nomination as education secretary, the repeal of the Affordable Care Act and President Trump’s immigration policies, while also pushing for criminal justice reform and a local minimum wage increase.

Kristin Rowe-Finkbeiner, the group’s executive director and co-founder, said she was excited about the amount of work to be done. But Finkbeiner said she knows members of her organization lead busy lives, so MomsRising creates multiple ways for them to get involved — from signing a petition to meeting with politicians.

“Take action in the time you have, knowing that it all adds up,” Finkbeiner said she tells her members. “When other people take actions in different ways with the same message, that’s how we’ve seen wins happen in a big way.”

Organizers in Washington, D.C. said they are already trying to protect volunteers from burnout by encouraging them to maintain a healthy balance between protesting and going about their daily lives.

“In the long term, we need to take care of ourselves,” Bland said.“Turn off the news, exercise, go to the doctor, get enough sleep. There will always be another challenge around the corner.”