Candidates for Virginia governor race to rally voters ahead of election

RICHMOND, Va. (AP) — Democrat Terry McAuliffe and Republican Glenn Youngkin raced to fire up their parties’ base voters in opposite ends of Virginia as they worked to drive up turnout in a deadlocked and bitter contest for governor that will be scrutinized as a bellwether ahead of next year’s midterms elections.

McAuliffe, who served as governor from 2014 to 2018, and Democrats are scrambling to stave off disaster after public polling has shifted in Youngkin’s direction in recent weeks. Republicans are optimistic about their chances in the commonwealth, where they haven’t won a statewide race since 2009.

After campaigning across northern Virginia on Saturday, Youngkin departed for the far southwest tip of the state, a Republican stronghold, on Sunday. Stops along his bus tour included a prayer breakfast, a worship service, a barbecue at the home of a powerful state lawmaker, a meet-and-greet in the state’s farthest-flung corner and an evening get-out-the-vote rally. 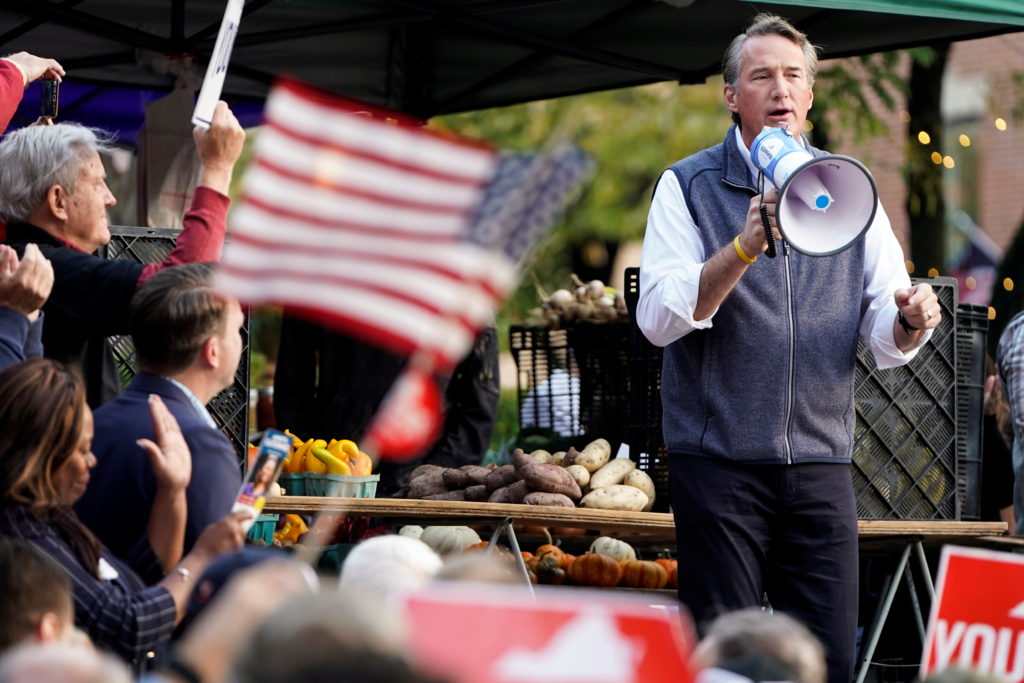 McAuliffe, who preceded Democrat Ralph Northam as governor in the only state that doesn’t allow its executive to serve consecutive terms, spent Saturday in the state’s southeastern corner before making stops Sunday in suburban Richmond and northern Virginia.

In the backyard of a home in a well-to-do pocket of Henrico County, McAuliffe told an energetic crowd of supporters that “the stakes are huge” as he touted his record from his first term.

“I’ve done this job before. I was the most pro-business pro-progressive. I made this state open and welcoming, created a lot of jobs. We do not want to go back,” he said.

Speaking at a rally in Abingdon, Youngkin predicted Republicans would sweep all three statewide races and take back control of the House of Delegates, where all 100 seats are on the ballot.

“This is a moment for us to make a statement that big government control is going to lose and liberty and freedom in Virginia are going to win,” he said, as the crowd erupted in cheers.

McAuliffe has brought in a series of high-profile surrogates including President Joe Biden, former President Barack Obama and celebrity musicians Pharrell Williams and Dave Matthews in the final stretch. Youngkin, meanwhile, has eschewed virtually all public campaign visits from well-known party allies who would typically flock to a hot race. 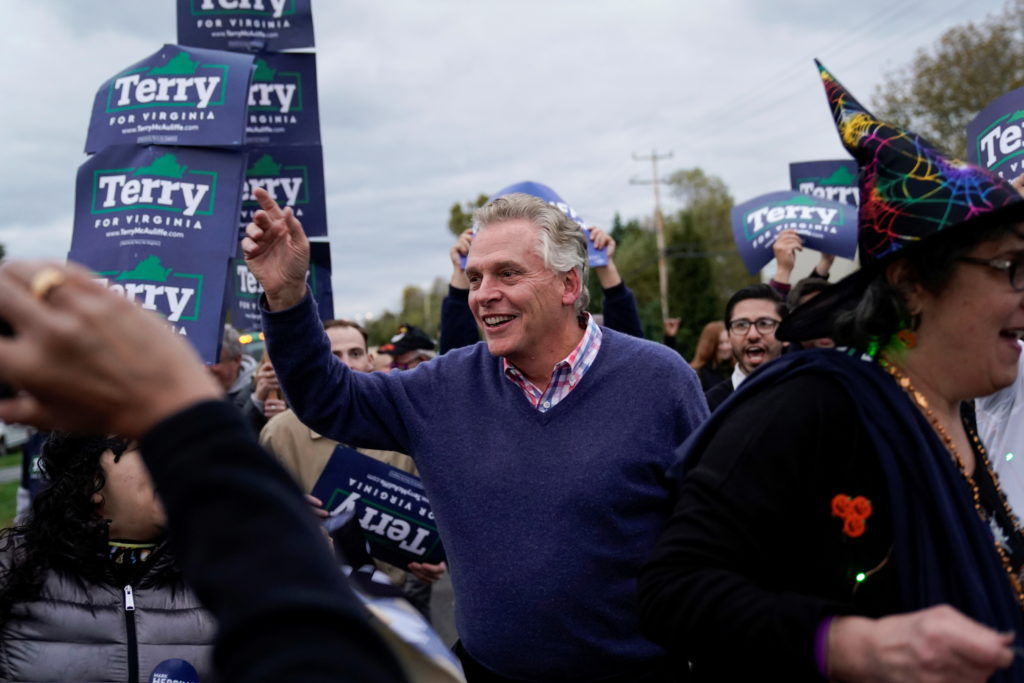 That includes former President Donald Trump, who is holding a telerally for Youngkin on Monday. Youngkin has said he will not be participating. Youngkin more fully embraced Trump during the Republican nominating contest, but since becoming the nominee he has walked a fine line as he tries to court moderate voters in a state that Trump lost by 10 percentage points to Biden in 2020.

Saturday marked the final day for Virginia’s early voting, which has been dramatically expanded during the past two years of unified Democratic control of state government.

Legislation passed in 2020 eliminated the need to provide one of a certain number of limited excuses to vote absentee. Now any qualified voter can cast a ballot starting 45 days before the election.

More than 1.1 million out of the state’s approximately 5.9 million registered voters cast a ballot early this year, according to state data published by the nonpartisan Virginia Public Access Project. That’s down sharply from the 2.8 million early votes in last year’s presidential election but marks a dramatic increase compared with the mere 195,634 early votes during the last gubernatorial cycle, before the voting reforms were instituted.

Still, at the Henrico rally, McAuliffe claimed Democrats had a “big lead on the early vote.”

Voters don’t register by party in Virginia, so the partisan split of the early vote wasn’t immediately clear. But McAuliffe’s campaign pointed to what they considered “strong” numbers in blue-leaning localities in northern Virginia as a sign momentum was on their side.

Republicans, despite generally opposing the Democrats’ election reforms, have also encouraged their supporters to vote early this year.

In southwest Virginia, where Youngkin spent Sunday, the rate of early voting was well below the state as a whole, according to a VPAP analysis.

Strong turnout there on Election Day could help boost Youngkin as he looks to overcome the structural advantage of northern Virginia’s blue tilt.

The hectic pace of campaigning was set to continue Monday. Both candidates will be crisscrossing the state, each with stops in Roanoke, Virginia Beach, the Richmond area and northern Virginia.