As many as 14 million people would lose health insurance coverage by 2018 if the latest Republican effort to overhaul Obamacare becomes law, according to the Congressional Budget Office’s latest analysis released Wednesday.

By 2026, the plan would reduce the federal deficit by $119 billion while leaving a total of 51 million people without health care coverage, the budget office report said after it scored the plan the House passed earlier this month. Under the Affordable Care Act, analysts projected 28 million people would be uninsured by 2026.

On May 4, the House of Representatives voted 217-213 to pass a revised health care reform bill that then went on to the Senate. It was passed before the CBO could score it. Sen. Mitch McConnell said the Senate would wait until the budget office scored the plan before they decided how to proceed with the bill. 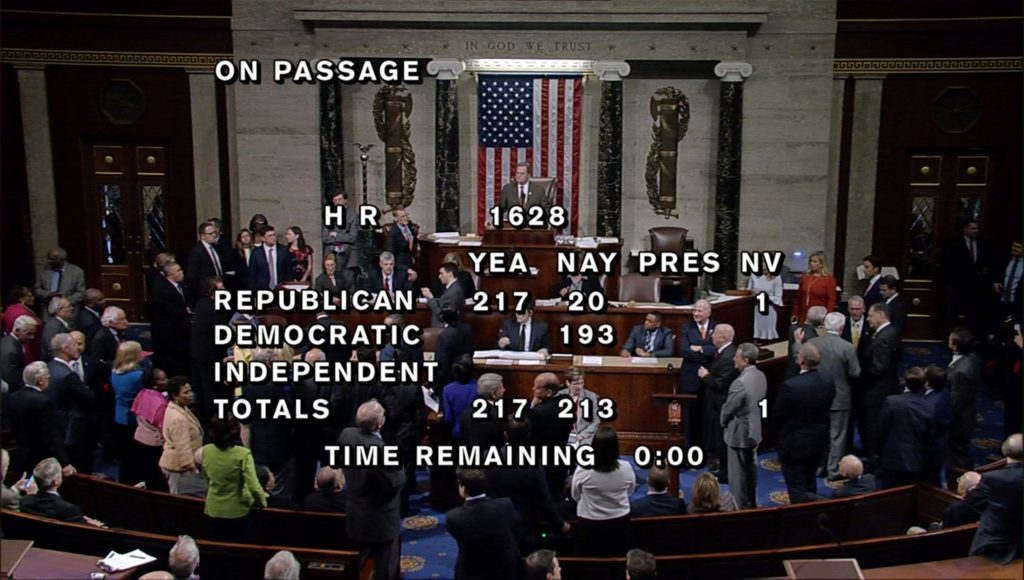 The floor of the U.S. House chamber is shown in this video grab as the House of Representatives voted on the American Healthcare Act, to repeal major parts of Obamacare and replace it with the Republican healthcare plan, on Capitol Hill in Washington, D.C., on May 4, 2017. U.S. House TV via Reuters

Two months earlier, on March 13, the budget office said House Speaker Paul Ryan’s American Health Care Act would trim federal spending by more than $337 billion over the next decade. But 24 million Americans would also lose health insurance by 2026 under the plan, according to the office’s analysis. By comparison, 20 million Americans gained health insurance under the Affordable Care Act, also called Obamacare.

Republicans later pulled the bill before it reached a vote. President Donald Trump had pressured Republicans to vote on March 24 before they secured enough support to pass the bill.

On Twitter, Ryan said the budget office score confirmed that he and House Republicans delivered on their promise to “lower premiums and the deficit.”

This @USCBO report again confirms that the American Health Care Act will lower premiums and the deficit. https://t.co/kmjeUP2qqF pic.twitter.com/YJnXUyD3xO

Mark Mazur directs the Urban-Brookings Tax Policy Center, and he pushed back on this idea. In a blog post, Mazur said the House bill “is largely a tax bill paired up with Medicaid cuts to offset the costs and the new CBO estimates confirm that point. And, as in the earlier version of the bill, almost all the benefits go to the highest income households in the country.”

Left: Activists protest against the Republican plan to repeal Obamacare during a rally in Freedom Plaza in Washington March 23, 2017. REUTERS/Kevin Lamarque