The CIA fails to hold agents and senior managers to consistent levels of accountability when they make mistakes, even in instances where people have been killed or wrongly imprisoned, according to an investigation by the Associated Press published Wednesday. 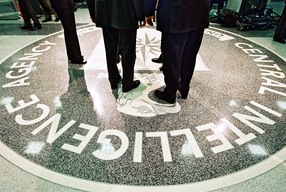 Matt Apuzzo and Adam Goldman report that some mistakes were even met with promotions. One agent, referred to by her middle name, Frances, forcefully argued that Khaled el-Masri be taken into CIA custody and detained, leading to one of the agency’s largest diplomatic disasters. It turned out el-Masri was not the terrorist the CIA thought he was, but rather an innocent German citizen who ended up spending five months under CIA interrogation in Afghanistan before being released.

An internal CIA inspector general report found no legal justification for detaining el-Masri and “came down hard” on Frances, but rather than face disciplinary action, she was promoted and now helps lead team charged with disrupting al-Qaeda.

“We tried to capture the tension that exists at the CIA between holding people accountable and not stifling risk taking,” Apuzzo told the NewsHour. “Spying is a risky business and the agency does not want to do anything that discourages people from taking chances. When it comes time to discipline people for serious mistakes, and what happens in some cases, is the CIA has to decide [is], ‘if we discipline this person harshly it will deter initiative elsewhere in the ranks?'”

“For example, when a suspected terrorist froze to death in a CIA prison in Afghanistan in 2002, the CIA inspector general faulted Matt, the spy running the prison, and expressed concerns about Paul, the top officer in the country, according to formal officials. Like most of the dozens of people interviewed by AP, the officials spoke only on condition of anonymity because they were not authorized to speak publicly,” Apuzzo and Goldman wrote.

They go on to report: “Paul has risen to become chief of the Near East Division, overseeing operations in the Middle East. Matt has completed assignments in Bahrain, Afghanistan and Pakistan, where he was deputy chief of tribal operations.”

Apuzzo and Goldman interviewed current and former intelligence officials and agents for more than a year to get at the details of the CIA’s accountability practices. The AP decided to print the first names or in the case of Frances, the middle name of the agents and managers involved.

A CIA spokesperson called the AP’s decision “nothing short of reckless.”