Clinton defends her response to 2012 Benghazi attacks in new book

WASHINGTON — Hillary Rodham Clinton is defending her handling of the deadly 2012 terrorist attack in Benghazi, Libya, writing in her new book that she will “not be part of a political slugfest on the backs of dead Americans.”

The former secretary of state devotes a chapter of her upcoming book, “Hard Choices,” to the Benghazi attack, responding to Republicans who have accused the Obama administration of stonewalling congressional investigators and misleading the public about the nature of the attack in the weeks before the presidential election. Four Americans were killed in the Sept. 11, 2012, attack, including U.S. Ambassador Chris Stevens.

“Those who exploit this tragedy over and over as a political tool minimize the sacrifice of those who served our country,” Clinton writes in the chapter, which was obtained by Politico. 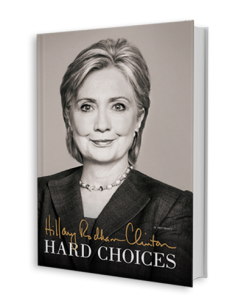 Clinton spokesman Nick Merrill said that “until the book is released, there’s nothing to say. And once it’s released, it will speak for itself.”

Clinton takes responsibility for the loss of life in the attack but writes that there have been “a regrettable amount of misinformation, speculation and flat-out deceit” by some in politics and the media.

“I will not be a part of a political slugfest on the backs of dead Americans. It’s just plain wrong, and it’s unworthy of our great country,” Clinton writes. “Those who insist on politicizing the tragedy will have to do so without me.”

Clinton’s account of the Benghazi attack is one of the most anticipated sections of her forthcoming book, which will be released June 10 and will describe her four years at the State Department.

The former first lady and senator from New York is the leading potential Democratic presidential candidate if she decides to run again and Republicans have criticized her response to the Benghazi attack in months leading up to her decision.

President Barack Obama and Democrats have accused Republicans of politicizing a national tragedy and the president’s allies have argued that there is no new information following more than a dozen public hearings and the release of 25,000 pages of documents.

Multiple independent, bipartisan and GOP-led investigations have faulted the State Department for inadequate security in Benghazi, leading to four demotions. No attacker has been arrested.

The House voted earlier this month to establish a select committee to conduct what will be the eighth investigation into the attack, a panel that Democrats reluctantly joined. Secretary of State John Kerry will testify before the House Oversight Committee next month about Benghazi.

Politico reported that Clinton notes in her book that she ordered an investigation nine days after the attacks and she agreed with and implemented all 29 of the recommendations made by the Accountability Review Board investigation into the attacks. Clinton writes that the board had “unfettered access” in its investigation.

The Obama administration has said it attempted to provide the public with the best information available after the attack, which came as U.S. embassies, consulates and other facilities in the Muslim world were facing angry demonstrations over a YouTube video mocking Islam’s prophet, Mohammed. Administration officials originally attributed the Benghazi attack to a similar protest that extremists hijacked but retracted that account following criticism.

Clinton also writes that she didn’t see cables requesting additional security, a point she made during her congressional testimony in 2013. The secretary of state’s name is routinely attached to State Department correspondence but often the person is never consulted on it. Lower-level department officials have said they were responsible for specific security decisions related to Benghazi.

Left: In a new book, which is scheduled for publication in June, Hillary Clinton defends her response as secretary of state to the 2012 attacks on a U.S. consulate in Benghazi. Photo by Kevin Lamarque/Reuters