Clinton plays up Democratic bona fides ahead of Wisconsin vote

WAUKEE, Wis. — Locked in a tough primary fight in Wisconsin, Hillary Clinton is looking to draw a contrast with Bernie Sanders by emphasizing her Democratic bona fides.

Before 1,500 Wisconsin Democratic activists, officials and donors in a Milwaukee ballroom Saturday, the former secretary of state crowed, “I am a proud Democrat and I support Democrats up and down the ticket, always have and always will.”

It was a swipe at Sanders, a longtime independent senator from Vermont who is expected to have a strong showing in the Wisconsin presidential primary Tuesday.

Earlier at the same event, the state Democratic Party’s Founders’ Day dinner, Sanders said: “There is one campaign that has created an enormous amount of energy and enthusiasm. And that is our campaign.”

Sanders was planning to continue his aggressive Wisconsin tour Sunday and Monday. Clinton was expected to return to New York, where she faces an important home-state primary later this month, while husband Bill Clinton is planning to campaign on her behalf Monday in Milwaukee. 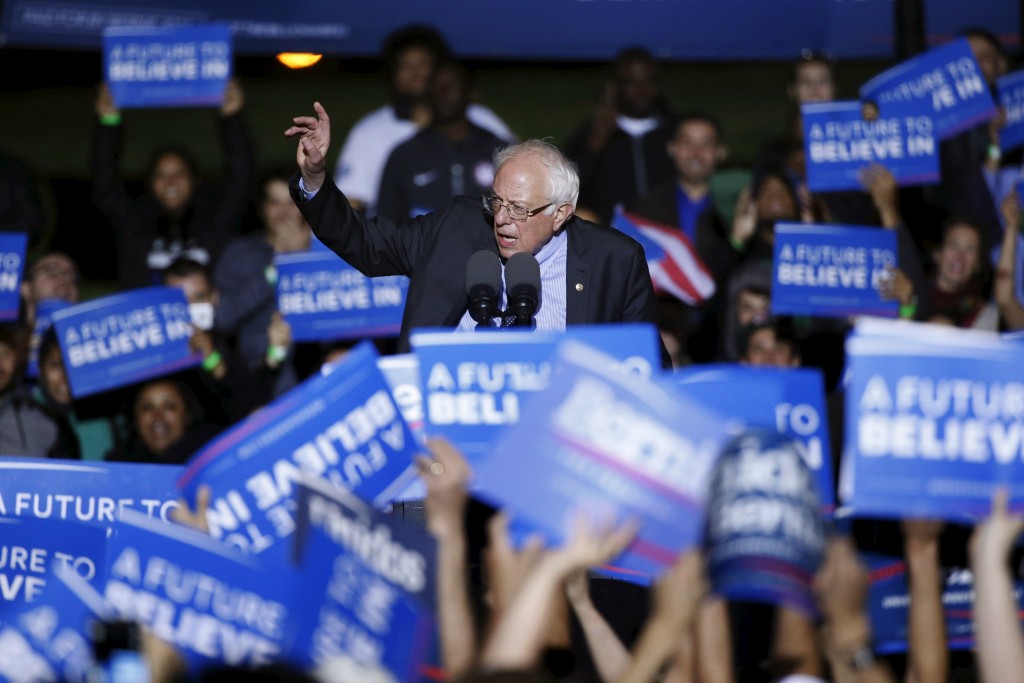 After several primary losses and with a tough fight ahead in the April 19 New York primary, Clinton has shown some frustration with her Democratic opponent in recent days. The tension was evident Saturday as the campaigns bickered over scheduling a possible debate before the New York contest.

Clinton did not raise that dispute in Eau Claire or Milwaukee, but toggled between contrasting her positions on key issues with Sanders and casting herself as more electable than any of the Republicans. She argued that in a general election, she was “best able to withstand whatever the Republicans have planned.”

It’s a suggestion that Clinton’s decades of public life have been more thoroughly dissected than Sanders’ years as a far-left mayor, U.S. House member and U.S. senator.

“I think we need a nominee who has been tested and vetted,” Clinton said in Milwaukee. “For 25 years they’ve thrown everything they can at me, and I’m still standing.”

Speaking before Clinton at the banquet, Sanders suggested the more than $100 million he’s raised this year and the influx of new voters he’s attracted make him “the strongest candidate to defeat Donald Trump.”