Hillary Clinton’s campaign announced plans on Monday to ramp up spending in key battleground states and focus more resources on down-ballot races in an effort to score a decisive, across-the-board victory in November.

If Clinton carries most of those states, it would all but block Donald Trump’s path to reaching the 270 Electoral College votes needed to win the White House.

The spending is part of a larger coordinated effort to help Democrats running for the House, Senate and state and local office, Mook said.

The main swing states are also home to several competitive Senate elections that could decide the balance of power in the upper chamber of Congress.

“Donald Trump is becoming more unhinged by the day, and that is increasing prospects for Democrats further down the ballot,” Mook said on a conference call with reporters.

At the same time, the Clinton campaign is also investing more money in several traditionally conservative states that could be in play this election.

The campaign will invest more than $2 million on television and online advertising in Arizona, a red state where polls show a tight race for the presidency.

Top Clinton surrogates are also being dispatched to the state this week. Vermont Sen. Bernie Sanders is making a campaign stop in the state on Tuesday, followed by an appearance by Chelsea Clinton on Wednesday and First Lady Michelle Obama on Thursday.

Arizona has only voted for a Democratic presidential nominee once in the last 10 elections. But Democrats believe the state could swing left if Trump’s rhetoric on immigration and his feud with Republican leaders, including Arizona Sen. John McCain, the GOP’s 2008 presidential nominee, turns off enough moderate and Republican voters. 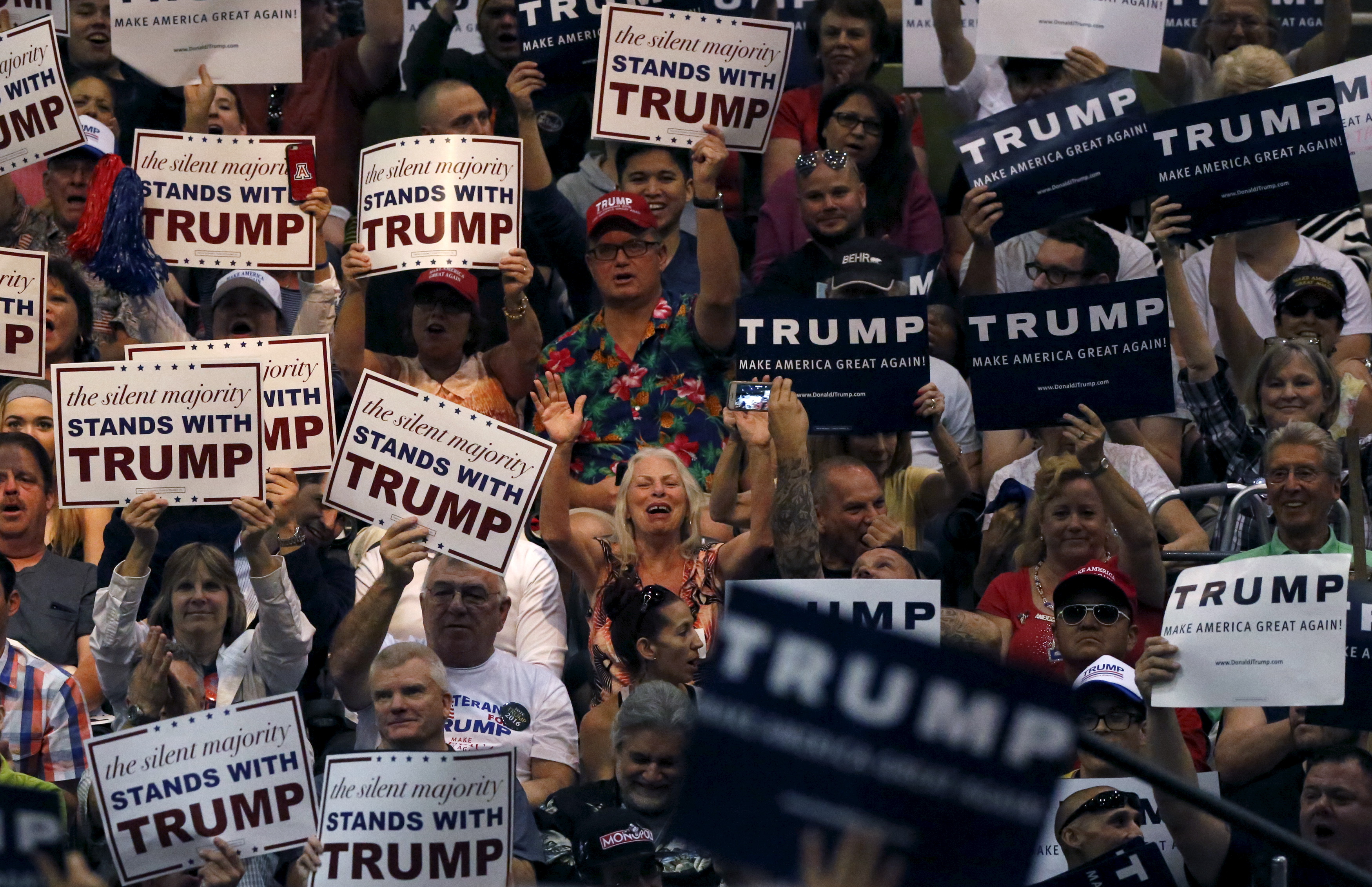 Trump supporters at a campaign rally in Tuscon, Arizona in March. The Clinton campaign is competing in the traditionally red state this cycle. Photo by Sam Mircovich/Reuters

The Clinton campaign sees an “opportunity” to win Arizona, Mook said, but he acknowledged that the effort could come up short. “We do think it’s an uphill climb,” he said.

Mook did not mention Georgia, another deeply conservative state that appeared to be within Clinton’s reach earlier this year. With the investment in Arizona, it seems clear that the campaign is choosing to focus more of its resources in that state than in Georgia.

Mook said the campaign is also investing an additional $1 million in Indiana and Missouri, two other conservative states where Clinton is polling unusually well for a Democrat this late in the race.

The spending reflects a cautious approach in the final weeks of the race: attempting to secure victories in the battleground states Clinton needs to win the White House, and also targeting a select group of Republican states in an effort to expand the electoral map.

Down the stretch, the campaign’s “primary mission” will be finding a way to reach 270 Electoral College votes, not picking up wins in deep-red states, Mook said.

Mook also said the campaign is expecting record turnout this election, based on data from early voting underway in several states across the country. High voter turnout could hurt Trump, especially if a large percentage of minority voters and moderates back Clinton.

National polls show Clinton with a steady lead over Trump with just 22 days left before Election Day. In a sign of Trump’s growing struggles, an aide said last week that the campaign was pulling out of Virginia, a key swing state that Republicans had hoped to win this cycle.

The Trump campaign is now pouring most of its resources into four battleground states: Ohio, Florida, Pennsylvania and North Carolina. Top Trump advisers have insisted the campaign is not ceding any ground in the remaining weeks.

In an interview with PBS NewsHour last week, Kellyanne Conway, Trump’s campaign manager, said the campaign was targeting “a variety of states that Obama carried twice.” Conway added, “the goal for us is to increase the number of Republicans who are supporting Mr. Trump.”

Left: Hillary Clinton's campaign is ramping up spending in several key swing states in the final weeks of the presidential election. Photo by Lucy Nicholson/Reuters