New documents revealing a small slice of President Trump’s claims about his personal net worth, a topic he has kept secret as a candidate and in office, were a centerpiece of Michael Cohen’s public testimony Wednesday before the House Oversight Committee.

Trump claimed his net worth was $8.6 billion in 2013, according to the financial statements.

The documents consisted of three statements of personal net worth, from 2011 to 2013. Cohen testified that Trump provided the statements to Deutsche Bank as part of an inquiry into buying the NFL football team Buffalo Bills, and to Forbes Magazine, which publishes annual lists of the country and world’s wealthiest people.

Cohen, who worked as Trump’s longtime personal lawyer and fixer, testified Wednesday that Trump sometimes changed his claims about his net worth.

“It was my experience that Mr. Trump inflated his total assets when it served his purposes” such as getting onto the Forbes list of wealthiest Americans, Cohen said. Trump also deflated his assets when doing so helped his business interests, Cohen added.

The statements do not provide specific evidence that Trump inflated or deflated his net worth, though details in the documents vary and it’s unclear how Trump calculated the value of his real estate holdings and other assets.

The statements do not offer a complete picture of Trump’s decades-long business career, and do not include the same level of details disclosed in income tax returns.

But they do provide a new snapshot of Trump’s claims about his personal wealth, which has been the subject of a recurring debate for the past several years because the president has refused to release his tax returns.

As a candidate, Trump claimed his net worth was $10 billion, significantly higher than analyses by Bloomberg and others placing his net worth closer to $2 billion.

The documents Cohen disclosed included a list of Trump’s assets, including his ownership of real estate properties such as Trump Tower in New York, and joint ventures or income from other projects. It also lists his liabilities, such as mortgages and other loans totalling hundreds of millions.

As part of his public testimony Wednesday, Cohen also revealed a check Trump paid to him to cover hush money payments to the adult film star Stormy Clifford to silence her claims in the run-up to the 2016 election that she had had an affair with Trump.

The check did not say what the payment was for, but it was made in 2017, after Trump took office. Trump claimed last year he did not know about the payments, before later acknowledging that he was aware of the arrangement but had done nothing wrong.

Cohen was convicted last year to three years in prison for campaign finance violations and tax fraud, among other charges. Cohen also admitted to lying to Congress about the special counsel’s Russia investigation. 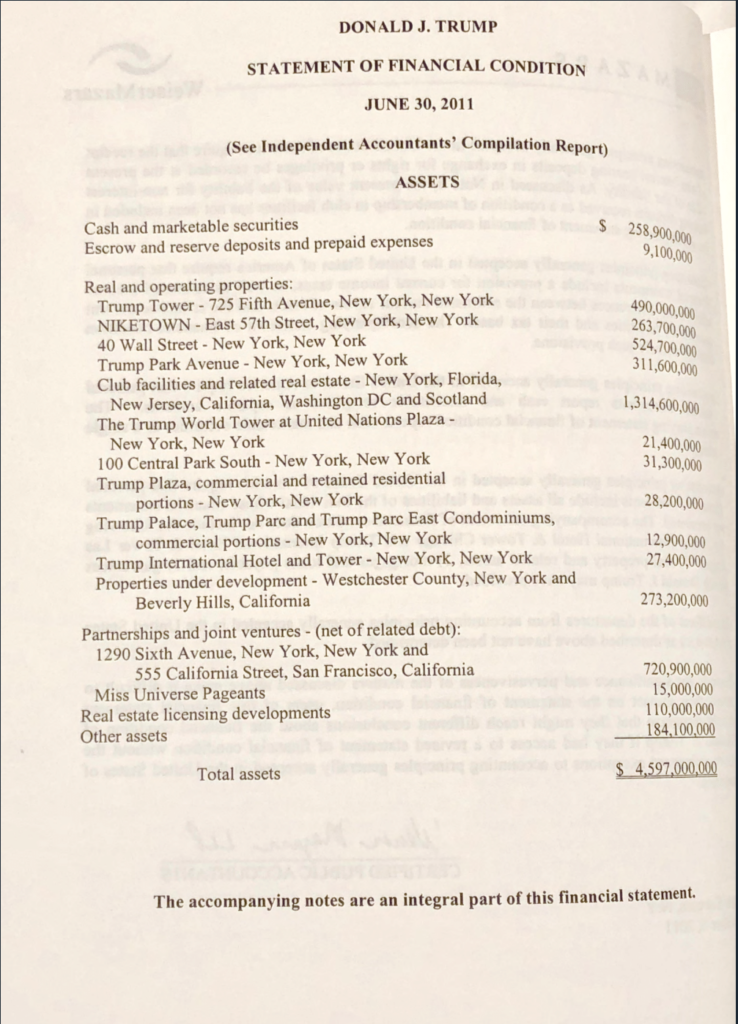 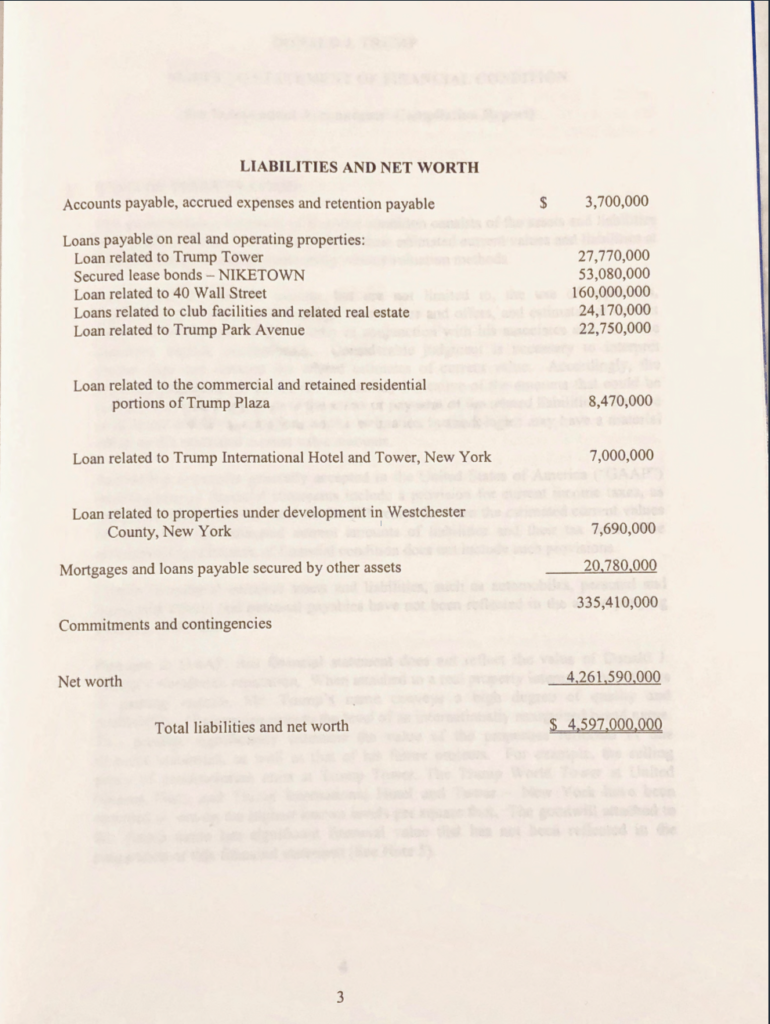 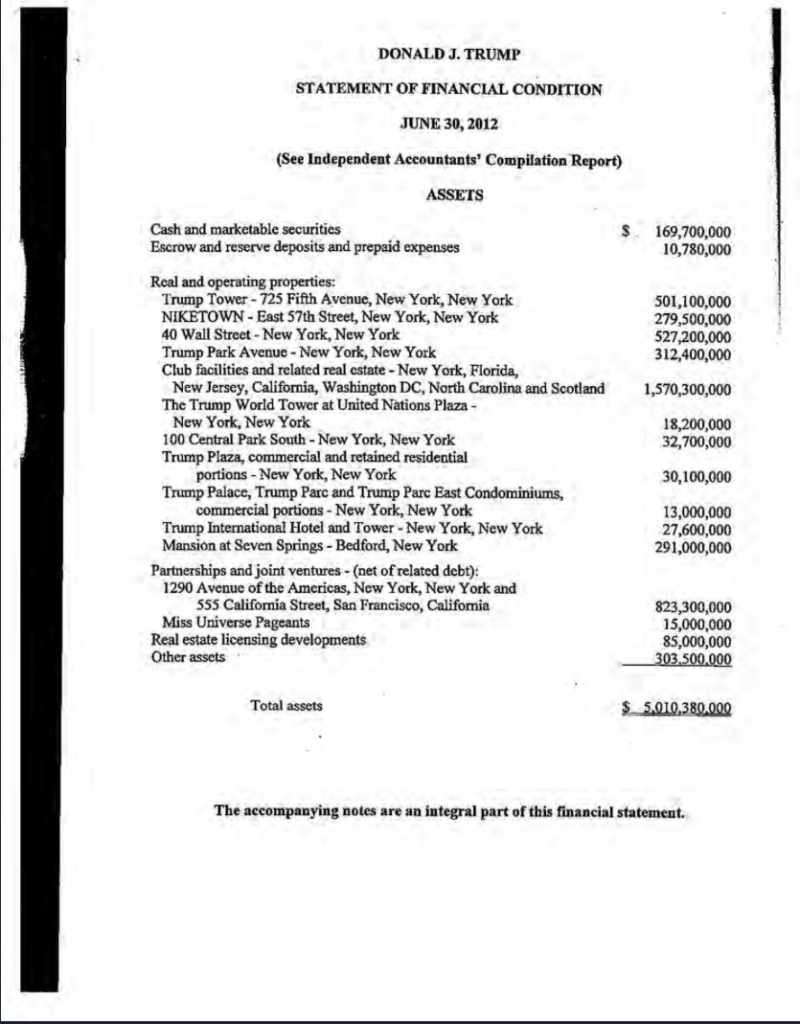 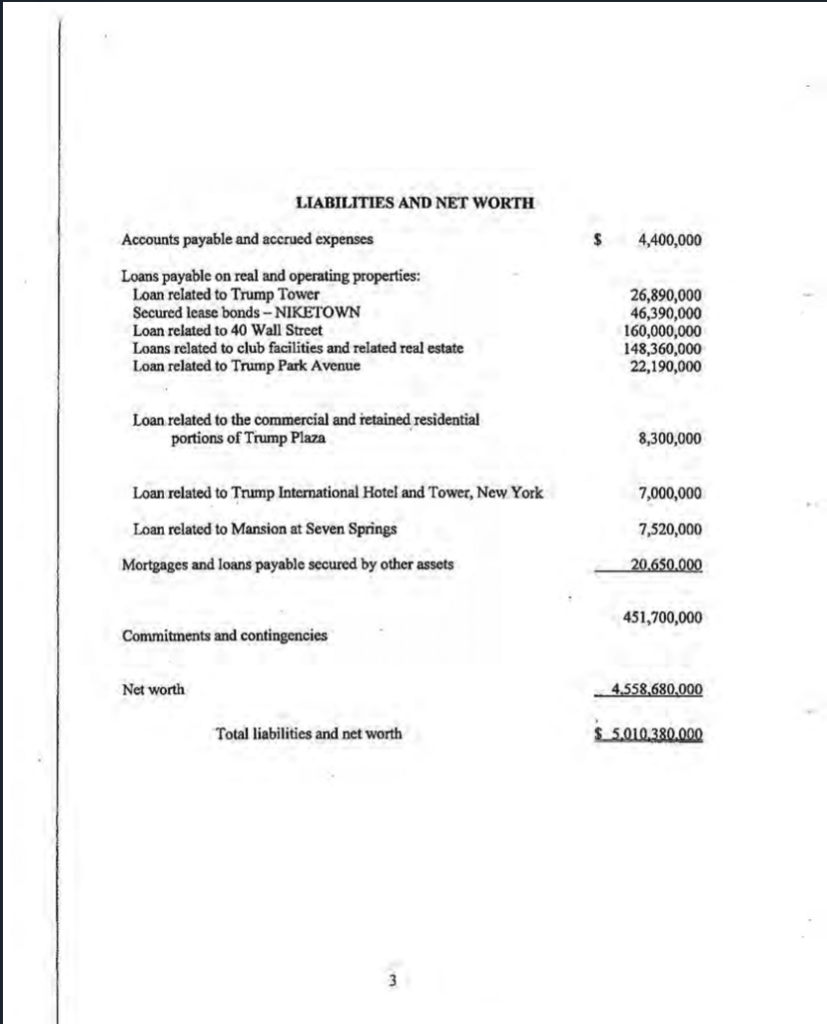 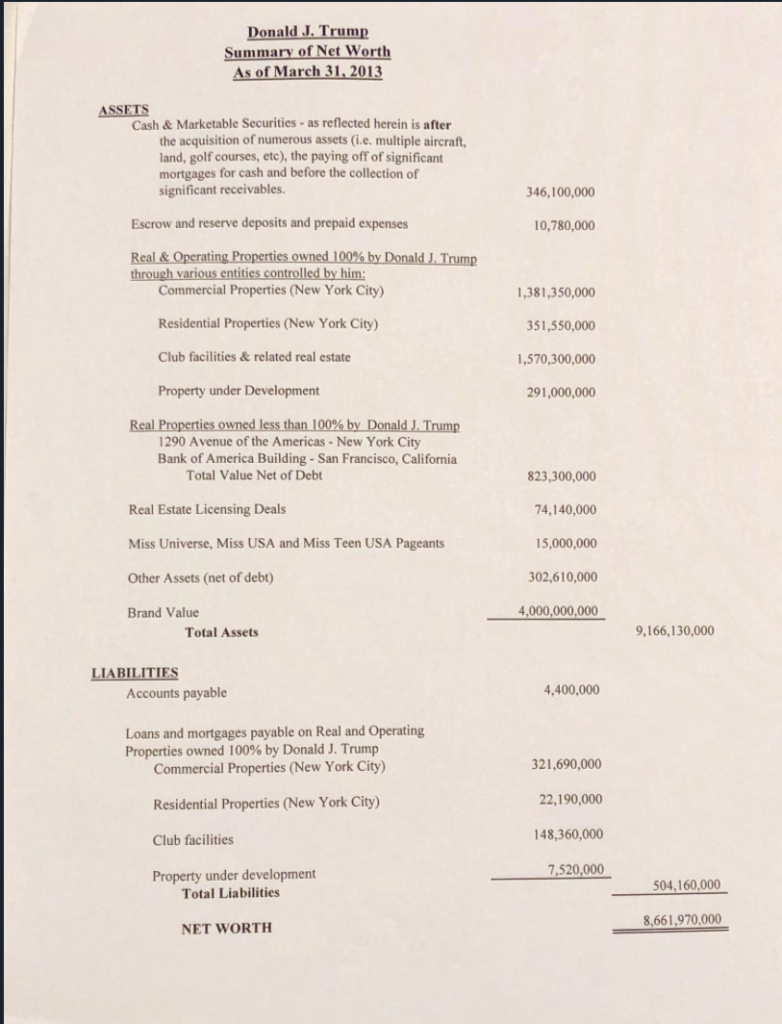